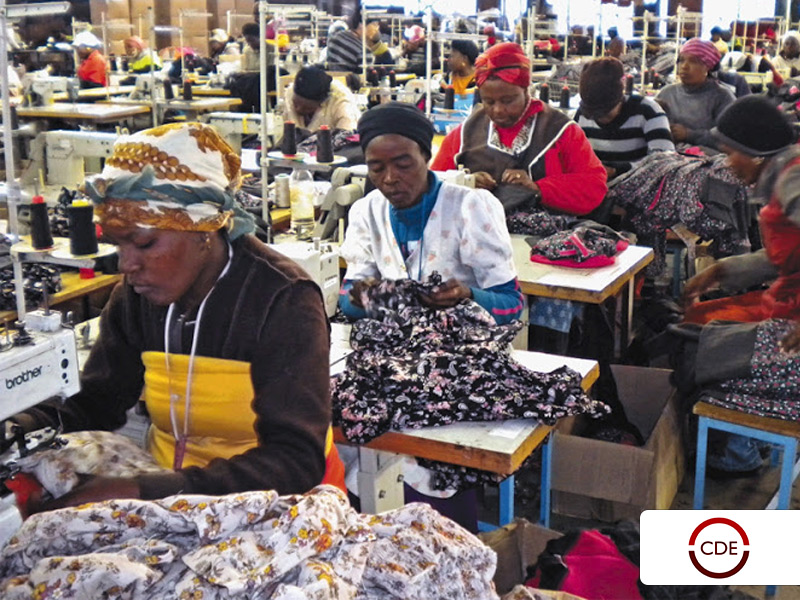 South Africa has the lowest recorded employment rate in the world. Only 41% of South Africans between the ages of 16 and 64 have any kind of job. In China the figure is 70%, and in high-growth developing countries such as Brazil and Indonesia it is about 65%. In the developed world, 60% of adults have jobs.

“South Africa’s labour market rules make it expensive to employ people, so fewer people get employed. Those who do get jobs tend to have skills and experience,” said Ann Bernstein, Executive Director of the Centre for Development and Enterprise (CDE).

With restrictive labour laws making it too expensive to employ large numbers of unskilled workers, South Africa is sinking deeper into crippling unemployment.

This finding is contained in a new CDE report, A FRESH LOOK AT UNEMPLOYMENT: A conversation among experts, released today. The report summarises a recent workshop and comments by leading local and international economists to discuss the causes of South Africa’s unemployment crisis and what needs to be done about it.

“Unemployment is directly or indirectly at the root of most South Africa’s most serious social, economic and political challenges,” said Bernstein.

A South African employment rate of 60% – roughly the global norm – would require 19 million jobs, nearly 50% more than the 13-million jobs that exist today. In addition, population growth means that the number of jobs needed increases every year.

“South Africa does not have so called jobless growth. What we do have is a declining relationship between growth and employment – primarily as a result of bad policy choices.

The country has a double challenge. We have to make the economy grow more quickly and we have to change the policy environment to ensure a more labour intensive growth strategy,” said Bernstein.

The report notes that South Africa’s labour costs — which include wages and other regulatory and administrative costs of employing people – are higher than those of many other developing countries. They are also rising.

In a recent survey, two thirds of firms said that they had been taken to the CCMA recently, and that each hearing took up a week of a manager’s time. “These are costs that all companies and especially small businesses can’t afford,” said Bernstein. South African companies also have to manage difficult industrial relations, with more workdays lost to strikes in 2009 than almost any other country in the world.

“You can only have high labour costs if your workers are very productive. That makes it risky to hire unskilled, poorly educated and inexperienced people – most young South Africans – especially if it’s costly to dismiss them,” said Bernstein.

“We have created a regulatory environment in which too many employers want to employ as few people as possible because of all the ‘hassle factors’ involved. They are particularly cautious about employing those who need work the most – young, unskilled and inexperienced workers,” she said.

“We need to learn the lessons from Newcastle’s clothing industry. In that town, with an unemployment rate of 60%, workers have shown that they are willing to accept wages below the minimum levels prescribed by the bargaining council. They have attracted more clothing factories as a result,” said Bernstein.

The report concludes that South Africa needs to encourage the development of low-wage industries like those in Newcastle, which have enabled other countries to employ very large numbers of people, and drive high and sustained rates of economic growth.

According to Bernstein: “Events in Newcastle should be seen as a model for a new industrial structure. If we’re going to employ millions of unskilled people, it’s not going to be in factories making high value goods. As much as some people with jobs already might not like low-wage factories, people who live in areas with 50, 60 and 70% unemployment rates, desperately want these jobs.”