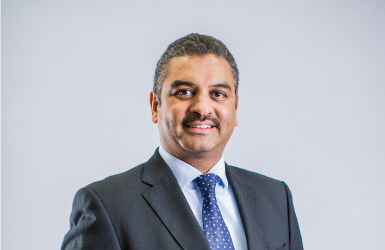 Roger Jardine
Chairman of the board

Roger Jardine is the Chairman of FirstRand.  He became Chairman on 1 April 2018 and he served on the FirstRand Board as a non-executive director for 8 years. He was a member of the Risk, Capital and Compliance Committee, the Large Exposures Committee and Chaired the Nominations Committee and Directors Affairs and Governance Committee.

Jardine is a past CEO of 3 South African companys: Kagiso Media, the Aveng Group, and Primedia. He has been a director of several companies in diverse industries including steel, retail, manufacturing, IT services, mining services, and infrastructure development.

In 1995, Jardine was appointed Director-General of the Department of Arts, Culture, Science and Technology. He has also served as Chairman of the Council for Scientific and Industrial Research (CSIR) and the Chairman of the Nuclear Energy Corporation of South Africa (NECSA). 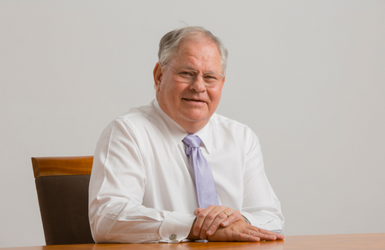 Laurie Dippenaar is one of the founders of the FirstRand Group which is one of the eight largest companies on the JSE Securities Exchange.  The Group employs just over 54 000 people, has total assets well in excess of R1 trillion and a market capitalisation of approximately R350 billion.  Laurie retired as Chairman of FirstRand on 31 March 2018 after a tenure of almost 10 years.  He will be devoting more time to the investments of the Dippenaar Family Office.

He is also the non-executive Chairman of OUTsurance and serves as a non-executive director on the boards of two listed entities, RMB Holdings and Rand Merchant Insurance Holdings.

He is also on the governing body of the University of Pretoria. In 2021 he resigned as CDE’s chairman after serving the board for nearly 15 years.

He holds a Masters degree in Accounting from the University of Pretoria and is a qualified chartered accountant.  Laurie is married to Estelle and they have three children. 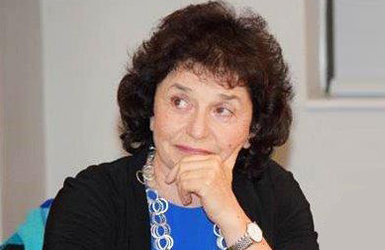 Ann Bernstein heads the Centre for Development and Enterprise, South Africa. CDE is regarded by many including the London Financial Times as the country’s leading policy centre for social and economic development.

In addition, CDE has a special focus on the role of business and its contribution to development. Ann was a member of the Transition Team and then the Board of the Development Bank of Southern Africa (1994 – 2001). In 2005 she was a Fellow at the National Endowment for Democracy, Washington DC. In 2007 she joined the Board of the Brenthurst Foundation. In 2008 and 2009 she was an invited faculty member at the World Economic Forum in Davos and participates in their Global Agenda Council’s Initiative.

Her book, The Case for Business in Developing Economies was published by Penguin in 2010. She is a regular public speaker and has been published by newspapers around the country, often appearing on radio and TV. Her many other publications and books include Migration and Refugee Policies (with M. Weiner, London, 1999), Business and Democracy: Cohabitation or Contradiction? (with P.L. Berger, London, 1998), and Policy Making in A New Democracy: South Africa’s Challenges for the 21st century (CDE,1999). 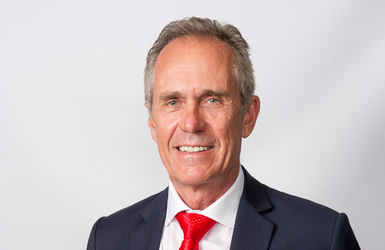 Antony Ball obtained a B. Comm and B.Comm (Honours) from the University of Cape Town, and Master of Philosophy (Management Studies) from Oxford University (Rhodes Scholar). He is a qualified Chartered Accountant.

Antony completed his articles with Deloitte and founded The Strategy Group, a unit within Deloitte advising clients on Strategy and Organisation. In 1990 he co-founded Capital Partners, South Africa’s first independent private equity firm. In 1998, Capital Partners was merged with the investment banking interests of Capital Alliance Holdings to form Brait. Antony acted as its CEO until he assumed a Non-Executive role in 2011.  During this time, he played a key role in the raising, management and organisation of Brait’s private equity funds and led numerous investments covering industrial services, technology, manufacturing, media, agricultural services, chemicals.

After relinquishing his executive position at Brait, he expanded his business, philanthropic and personal interests. Antony is the director of the Centre for Development and Enterprise, a leading policy think tank based in Johannesburg. He serves as a senior advisor to J.P. Morgan with respect to their Africa, Middle East and European businesses, and he is a director of Ascension Partners. Furthermore, he is a Non-Executive Director of Altron Limited, PPC Limited and a Chairman of Value Capital Partners. 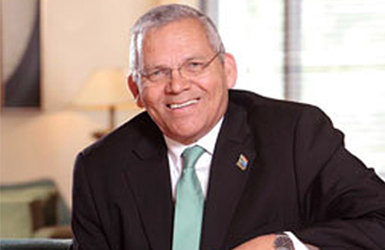 Prof Brian Figaji is the Chairman of  I&J Fishing. He was Chairman of WESGRO – a Western Cape Agency that promotes Tourism, Trade and Investment for the Province. At the end of 2004 he retired as the Vice Chancellor of the Peninsula Technikon in Cape Town. He serves on a variety of education-related trusts and NGOs, and  he served as South Africa’s representative on the Executive Board at UNESCO (United Nations Education, Scientific and Cultural Organisation). Before joining Peninsula Technikon Prof Figaji spent ten years working as a consulting civil engineer and as a site agent for a large civil engineering construction company. He also taught at a high school in Cape Town for a short while. 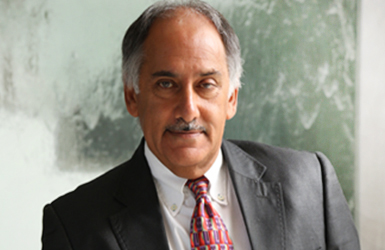 Cas obtained his B. Com from the University College – Durban in 1971.  He completed the Housing Finance Course with the Wharton Real Estate Centre at the University of Pennsylvania and the Effective Directors Programme with the Kagiso School of Leadership. He has contributed to numerous articles and publications on housing finance, civil society, local government and the role of civic organisations in governance.

Cas became involved in anti-apartheid politics in the early 1980’s. He was the leading force in the establishment of the White Blocks Residents Association in Laudium during 1980’s, South African National Civic Organisation (SANCO) and the Civic Association of Johannesburg, which was the trailblazer in negotiations around the restructuring of local government in the early 1990’s.

He is currently the Chairperson of the National Business Initiative and first Deputy Chairman of the African Union for Housing Finance and serves on the Board of the Centre for Development and Enterprise, Nepad Business Foundation and Business Unity South Africa. He is also the First Deputy-President of the International Union for Housing Finance, the President of the International Banking Federation (IBFed) and a Council member of the University of Witwatersrand. He serves on the Steering Committee of the CEO Initiative and Deputy Chairperson of the SADC Banking Association. He was also the Managing Director of The Banking Association SA (BASA). 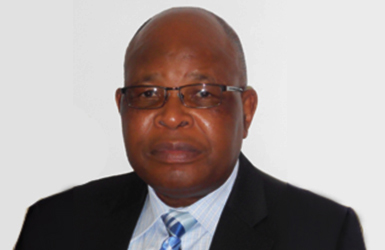 Ishmael Mkhabela founded the Interfaith Community Development Association. He was a co-facilitator, organiser and leader of Dinokeng Scenarios Public Engagement Programme. He served as the Chairperson of National Housing Board, Johannesburg Social Housing Company (JOSHCO) and others. He currently is chairperson of the Steve Biko Foundation and the Central Johannesburg Partnership. He serves as Trustee of many organisations, including the Nelson Mandela Children’s Hospital, Finmark Trust, and the Centre for Development and Enterprise. He received SA Council of Churches Award for selfless contribution to the South African Struggle for Democracy. 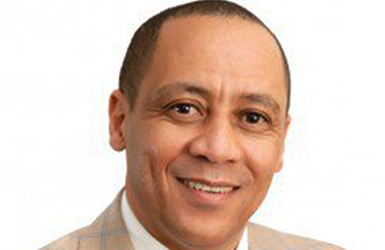 Mike Teke holds a BA(Ed) and B.Ed ( University of the North), BA(Hons) (RAU), and an MBA (Unisa). He started working as a school teacher.

He has served in various HR roles at Unilever, Bayer, BHP Billiton and Impala Platinum until 2007. In 2008, Mike left Impala to be one of the founding members of Optimum Coal and was appointed CEO of Optimum Coal. Mike was part of the listing Optimum Coal on the JSE in March 2010.

Mike is the Executive Chairman and controlling shareholder of Masimong Group, a diversified investment company, and the CEO of Seriti Resources. 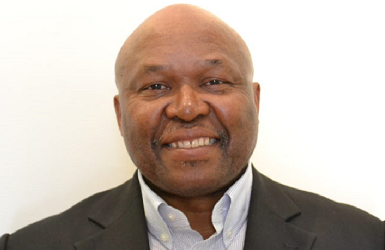 After finishing a seven-year stint as CEO of Kagiso Media Limited (2006-2013), Mr Morobe assumed the role of Chairman and National Director of the Programme to Improve Learner Outcomes (PILO) (Sept 2013-2020).

A committed social and development activist, Mr Morobe has since his release from Robben Island in 1982, continued to involve himself – apart from previous roles in the public service, Chairman and CEO of the Financial and Fiscal Commission (1994-2004) and private sector – with various social causes, mainly relating to youth development, environment, and conservation. He served until 2015 on the boards of the Steve Biko Foundation, City Year South Africa and Food and Trees for Africa, and until November 2020 served as a non-executive Director on the Board of WWF-SA.

Currently he’s a Trustee on the Boards of the DG Murray Trust and Rothschild Foundation and is also a Non-Executive Director on the boards of Remgro Ltd, RMBH, RMI and TotalSA. 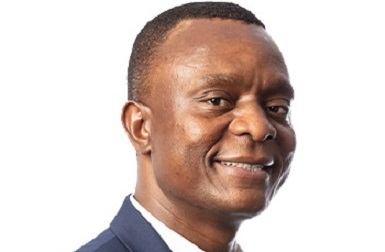 Sam was appointed to the board effective 28 July 2021. He is the chief executive officer and co- founder of Value Capital Partners Proprietary Limited and has over 20 years of experience in the finance and investment industries in South Africa and internationally. Sam also serves as a non-executive director on the boards of Allied Electronics Corporation Limited, Adcorp Holdings Limited, Metair Investments Limited and as non-executive Chairman of Sun International. 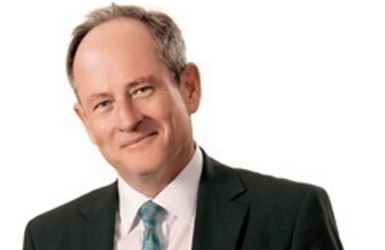 Simon Ridley attended the University of Natal where he obtained a Bachelor of Commerce degree in 1980 and a Higher Diploma in Accounting in 1981. He qualified as a Chartered Accountant in 1982. In 1994 he completed an Advanced Management Programme at Oxford University. He held various finance positions at Momentum Life, United Bank and ABSA before joining Standard Bank in 1999 as Director, Finance and Operations in Standard Corporate and Merchant Bank (now Standard Bank: Corporate and Investment Banking).  He was appointed Chief Financial Officer of the Standard Bank Group in 2002 and retired as Group Financial Director of Standard Bank in 2016. He is currently a non-executive director of several companies and entities affiliated to the Standard Bank group. 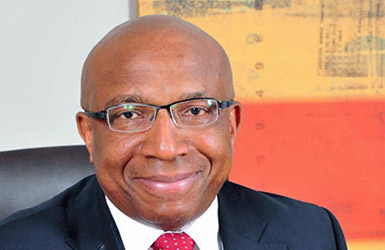 Sipho Maseko was educated at the University of the Witwatersrand (BA, LLB). He has previously worked at Werksmans and the Financial Services Board (Financial Markets). He joined BP in 1997 and held various roles, both in South Africa and London. He then went on to serve as Chief Operating Officer, BP Africa BU and Deputy CEO BP Africa. He is a former CEO of BP Africa. Most recently he served as MD of Vodacom. In April 2013 he was appointed CEO of Telkom. 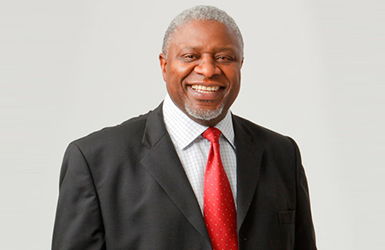 Sipho Nkosi is the chairman of Talent 10 Holdings, he founded Eyesizwe Holdings and served as CEO before its merger into Exxaro in 2006. With 20 years’ experience in the mining and industrial sectors, he sits on a number of boards. Sipho holds a Bachelor of Commerce degree from the University of Zululand, an Honours degree in Commerce (Economics) from the University of South Africa and a Master of Business Administration from the University of Massachusetts in the United States. Sipho joined the CDE board in 2017. 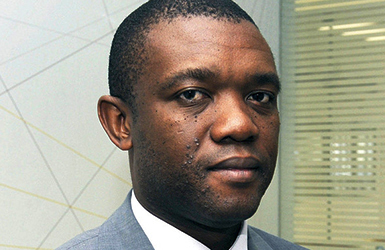 Before joining Barclays Africa Group as Head of Communications, Songezo Zibi was the editor of the Business Day newspaper. He has 14 years of experience in corporate communications at multinational companies such as Volkswagen South Africa and Xstrata South Africa.

Politics, society and the economy are the core of areas that Songezo writes extensively on. In January 2014 he authored his first book Raising the Bar: Hope and Renewal in South Africa, which provides an unencumbered analysis of the topics such as race, leadership, politics, government, violence, the position of women, as well as the “taboos that haunt us”. He spent his tertiary years at the Nelson Mandela Metropolitan University. He joined the Centre for Development and Enterprise Board in 2016.