How to create a million new jobs in KZN 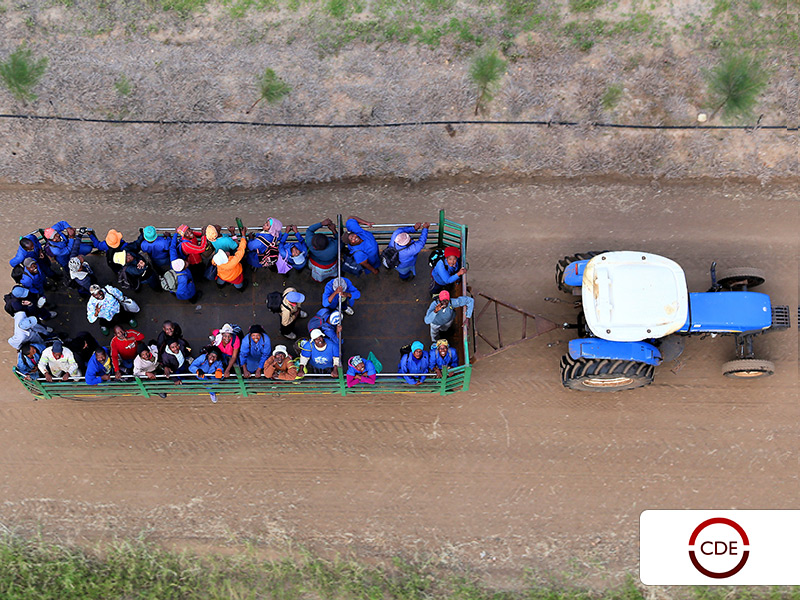 In March, over a million people in KwaZulu-Natal were out of work. The official unemployment rate in the province was 22,5%. If people who have given up looking actively for work but want a job are included, unemployment was running at 28,5%. These are some of the worst unemployment figures in the world.

Towards the end of 2008, the Centre for Development and Enterprise (CDE) and Business Leadership South Africa (BLSA) brought together some leading South Africans to think “out the box” about unemployment and creating a very large number of new jobs so that every South African who needs a job will be able to find one.n economy over the next five years.

Aiming to create millions of new jobs while being battered by a deep global recession is not something that should be based on theories. The stakes are too high for that. We need to look for realistic opportunities to generate jobs in specific places. We should be thinking town-by-town, city-by-city and province-by-province about what exactly we could try.

We chose KwaZulu-Natal as a case study for the national initiative. We looked in detail at the economy of KwaZulu-Natal to suggest realistic initiatives that could create around one million jobs, dramatically reducing unemployment in the province. We came up with a menu of exciting ideas, each with an estimate of how many jobs it could create.

Here are our suggestions:

This would mean placing the needs of the potentially successful black farmer at the centre of agricultural BEE and not (as currently is often the case) focusing exclusively on trying to resolve land claims at all costs, even if this means threatening agricultural productivity. (Around 10 000 jobs.)

Most commercial sugar and timber land is under long-unresolved claim, which has frozen investment and put employment at risk. If this burden were lifted, the sugar and forestry industries would be very well placed to expand into promising new areas, including, for instance, much-needed electricity co-generation. (Around 100 000 jobs.)

These new export-focused zones should be located along the N3 between Howick and Durban at Hilton, Pietermaritzburg/Msunduzi, Lynnfield Park, Camperdown, Cato Ridge, Inchanga and Shongweni; between Empangeni and Richards Bay harbour; and around the new KwaZulu-Natal airport at La Mercy. (Around 250 000 jobs, many for young African women who are hardest hit by unemployment.)

The first two of these would be a major new beach resort within less than an hour of La Mercy airport and an equally exciting new resort in the southern Drakensberg.

The third proposal is a truly compelling idea. Durban’s main beach front is often the source of overcrowding and controversy. But across the Bay from the Point are the “Bluff Headlands” belonging to the Navy. This contains kilometres of unutilised coastline that is militarily useless but could become a globally unique metropolitan game reserve/marine reserve resort. Together, these tourism possibilities could create around 250 000 jobs, bringing our total up to the million needed to deal with this issue on the scale that is required.

In order to make these ideas a reality, KwaZulu-Natal will need to lead the country by applying a “Yes-we-can” vision. This will mean challenging provincial officials to act boldly by extending current programmes and by using their powers to facilitate development to their fullest extent. It will probably mean treading on the toes of some bureaucrats, especially in the eThekwini metro. And our proposals would also shake up some of the less adventurous parts of the province’s private sector, exposing their tired product offerings to the challenges of new competition.

While there are some sectional interests that might be opposed to these proposals, there is a far greater provincial and national interest in creating jobs for everyone who needs work.

Why doesn’t this province lead the way and commit to a programme like this? It could dramatically bring down unemployment and foster inclusive growth incorporating so many people currently excluded from our formal economy.

This article is based on the Five Million Jobs:  How to add five million new jobs to the South Africa