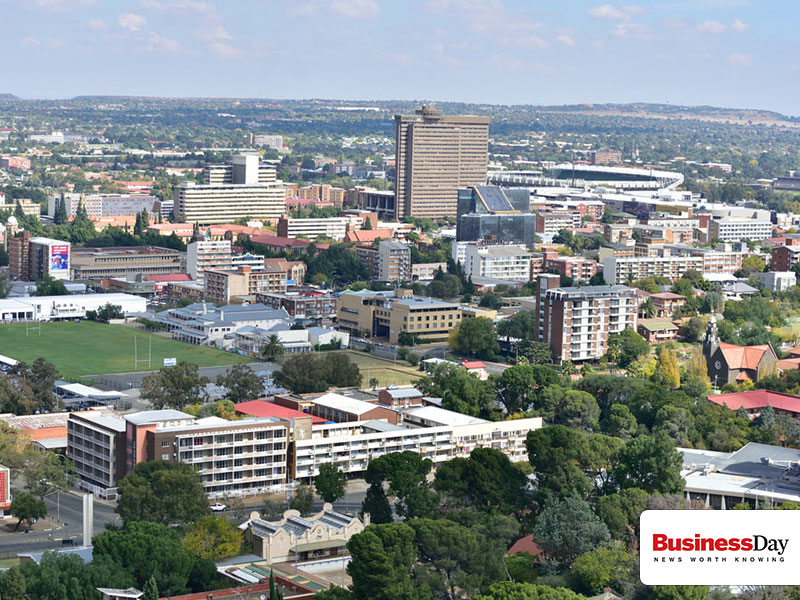 CDE has recently completed a study of growth challenges facing Bloemfontein and Welkom, the two most important cities in the Free State. The research included a survey of key stakeholders in both cities in order to record their perceptions of the development issues facing them and their localities. The study was born out of concern for development prospects outside the country’s main metropolitan areas.

September 2004 brought dramatic conﬁrmation that there is cause for concern in South Africa’s heartland. In that month 4 500 protestors closed the main N3 highway from Johannesburg to Durban at Harrismith in the Free State to highlight their anger about poor service delivery as well as corruption and nepotism in the local council. Similar outbreaks of angry and at times violent protest have continued intermittently in the Free State ever since, and have also spread to other parts of the country. Our research ﬁndings lead us to argue that although the ﬂashpoints for these outbreaks are invariably some aspect of municipal delivery, the problems are wider and deeper, involving important preconditions for economic growth.

Sustainable improvement in people’s lives depends on sustainable economic growth, especially in the heartland towns and secondary cities that are out of the metropolitan loop and away from the coastal tourist belts, the two places where such growth is concentrated.

For this to happen it is important for every local government and chamber of commerce in the land to understand the factors that drive development in the 21st century.

Some places grow because they have natural resources or lifestyles that attract investors and entrepreneurs. These are the lucky places, like Welkom 40 years ago, Johannesburg a century ago, or Cape Town or the Garden Route today. Some places grow because they perform an important economic function at a particular time in technological development – Chicago at the heart of the American Midwest, Bloemfontein in the mid 20th century as an important service centre to agriculture and a central railway junction for the country.

However, some places develop despite their lack of natural attraction or speciﬁc economic function. These places develop through visionary leadership grounded in effective co-operative programmes of development. An interesting and inspiring example for South Africa is Atlanta, Georgia, in the United States. Here is a city that has no natural economic attraction or physical features and was a fairly minor railway junction in the early 20th century. What Atlanta did have was vision, leadership and conﬁdence. It declared itself to be an international convention centre city seven years before it had a license for an international airport, and it actively recruited the large headquarters of multinational companies through providing a business-friendly environment and the energetic and compelling reality of black and white leadership committed to Atlanta’s growth and receptivity to international and local business. Today Atlanta is a world-class city and a centre of growth and opportunity for millions of people.

Atlanta developed a ‘growth coalition’ sufﬁciently representative of different interests in the city to work, and through a succession of different political leaders, sustained this vision long enough to achieve tremendous success.

The real lesson of Atlanta’s growth coalition is that if you are lucky growth just happens but if you are not, you can make it happen.

Our interviews with civic and business stakeholders in Welkom and Bloemfontein revealed that there is at least a superﬁcial grasp of the need for partnerships to make growth happen. Their responses made frequent – almost ritual – reference to the need for ‘inclusiveness’ and ‘consensus’. But they also revealed a lack of real common understanding of the needs for development and the absence of a common language of growth. The research ﬁndings suggested that local business organisations are too concerned with political priorities at the expense of growth and developmental initiatives, while local political leadership does not fully understand what is needed if the private sector is to create jobs.

Something that would help would be for the president and his key economic ministers to communicate downwards to local government their clear understanding of the realities of development in the 21st century. When they say that jobs will be created predominantly by the private sector, they need also to point out what this means for urban political leadership in the heartland. Unless there is a true meeting of minds between urban government and private entrepreneurs and a deep understanding of what investors and businesspeople need in order to risk money, South Africa’s urban places will never create the conditions for a truly expansionary economy outside the metropolitan areas.

Leadership is vital but we have to recognise that it needs more than rhetoric to encourage it and even good leaders cannot turn decline or stagnation into growth by sheer will. A supportive policy environment is equally important to give local stakeholders the incentive to make growth happen. CDE’s research report makes numerous policy recommendations. Among the most important are:

Away from the resources and buzz of the metropolitan economies, growth poses uphill challenges, but leadership and supportive policy can level the going. They will certainly be needed to equip the Free State – and other ‘heartland’ areas to participate creatively – and above all competitively – in the global economy.