Banking on the middle class 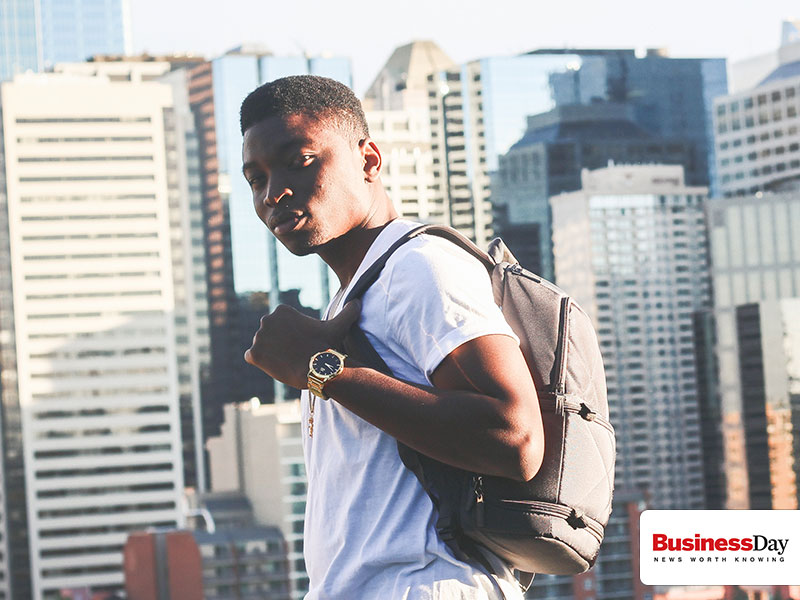 The onset of higher economic growth and soaring levels of confidence in the South African economy has prompted burgeoning awareness of the emerging African middle class. The entry of growing numbers of Africans into higher income brackets is good news for SA, and leads to all manner of hopes and expectations, some stated, others implicit.

There is a near-universal tendency to associate an expanding middle class with desirable outcomes that support democracy and growth. Economic hopes focus on expanding the number of people whose growing assets and security of income allow the combination of spending and saving that propels growth.

Other positive effects are the accumulation of human capital in the form of skills as well as “soft” growth factors such as confidence, trust in the system, entrepreneurial qualities such as innovation and risk-taking, and a belief in independent thought, thus promoting a pluralistic, democratic culture.

Not all these hopes are made explicit in SA today. This is not surprising when we consider that class is emerging to rival race as a sensitive matter in a country with great inequality. However, government’s goal of creating an African middle class clearly rests on hopes of growth and social stability as well as determination to achieve racial transformation.

While this wave of social change has attracted attention in the media, until now it has not been researched and discussed in depth. Its significance has been inadequately analysed and its implications for SA’s growth prospects are poorly understood.

A large empirical study was recently commissioned by the Centre for Development and Enterprise. A national survey defined and mapped the “new” middle class and a large sample of qualitative interviews explored attitudes to important growth-related issues, such as the market and private enterprise.

International investigations of middle classes and their characteristics typically exclude the lower middle class, those with routine white-collar occupations. In line with this convention, the research focused on the “core middle class” and above — politicians, managers, professionals, senior administrators, successful entrepreneurs and their spouses (but not technicians, teachers or clerks).

We found that late last year there were 185000 African adults in this core middle class. This is a huge increase of 23% a year in the decade since apartheid ended, but pales in comparison with the 1, 3-million middle class whites. Put another way, Africans now form 11% of the middle class — but less than 1% of Africans are core middle class. Whatever hopes are vested in upward social mobility will have to be seen from the perspective of these numbers. The rapidity of social mobility is illustrated by the fact that only 41% of previous occupations held by respondents were at the same or closely similar levels of responsibility and 20% had no previous job.

Members of the new African middle class do not yet have a cohesive identity. For example, while more than half define themselves as in the lower to upper middle class, a substantial number define themselves downward to identify with workers and the poor, and a small minority perceives itself as an “elite”.

While there is widespread consensus about the importance of the private sector in creating jobs and growth, this attitude is contradicted by beliefs about government’s role in the economy and profound scepticism about the legitimacy of business as an activity.

Only half of the African middle class feels that private business contributes to prosperity for all, perhaps because 91% feels that “there is still a great deal of discrimination against Africans in business”. They regard skilled and entrepreneurial citizens as more important for national development than an interventionist government. Nevertheless, more than a third sees a strong government as the most important feature in helping a country become prosperous.

There are areas of great ideological divergence between white and African middle classes, notably party-political choice and attitudes to affirmative action. About 60% of middle class Africans perceive white occupational success to be an illegitimate consequence of racial discrimination, although 65% disagree that “whites should take second place” in SA. This problem is compounded by distance between the two groups: only about 8% of the African sample named English or Afrikaans speakers among their two closest personal friends.

Middle class Africans’ support for the African National Congress (ANC) closely parallels the electorate’s choice at almost two-thirds. Forty percent are dissatisfied to some degree with government’s performance, but only 25% are willing to consider political alternatives, with choices veering to left and right. Responses on a range of issues suggest the African middle class is not ideologically captive to the ANC, but their adherence seems a durable choice based on rapid, state-sponsored social mobility.

If SA is to become the African success story we all want, a critical ingredient will lie in the nature of the middle class. At this stage of rapid social mobility there are more questions than answers.

Will our discriminatory history prevent the recognition of the talent, perseverance and hard work of whites by Africans, and will affirmative action have the same effect on the mind-set of whites as they contemplate the rise of the African middle class? Or will a more unified and unifying middle class emerge with values based on mutual respect for achievement and common interest in expanding opportunities and rewards for independent merit and excellence?

Will sensitivities about growing inequalities between Africans inhibit the self-confidence and corporate identity of the emerging middle class? Or will the growing security of good jobs and education form a foundation for increased involvement in civil society? Will this spawn interest groups that promote independent thinking based on professional ethics, rather than historic position in our racial divides?

Will the transformation of the private sector through empowerment diversify the African middle class away from its close relationship with the state and lead to greater identification with market values and institutions? Would growth in the numbers of African entrepreneurs and independent professionals lead to greater political diversity?

The hopes and expectations vested in the emergence of a “new” African middle class are diverse, and many will be contradictory. The absolute number of people who are the target of these expectations is small and they are people who are preoccupied with their own lives rather than the social roles that others wish for them. Yet it is likely that as the questions we have posed find answers, this small but growing number of people will have a dramatic effect on SA’s future.