Sir Paul Collier on Capitalism and the poor: Why Africa needs more firms 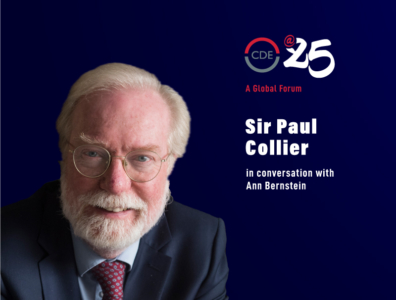 Sir Paul Collier is one of the leading development economists in the world who is best known for his decades of work examining development in Africa, as well as the more general challenges of poverty, capitalism and fragile states. He is professor of Economics and Public Policy at the Blavatnik School of Government, Oxford University and founder of the University’s Centre for the Study of African Economies. In 2014, Paul received a knighthood for services to promoting research and policy change in Africa. See his bio here.

Paul was in conversation with Ann Bernstein, CDE’s executive director. The conversation focused on Capitalism and the poor: Why Africa needs more firms.

Opening remarks were given by Sim Tshabalala, chief executive of the Standard Bank Group.