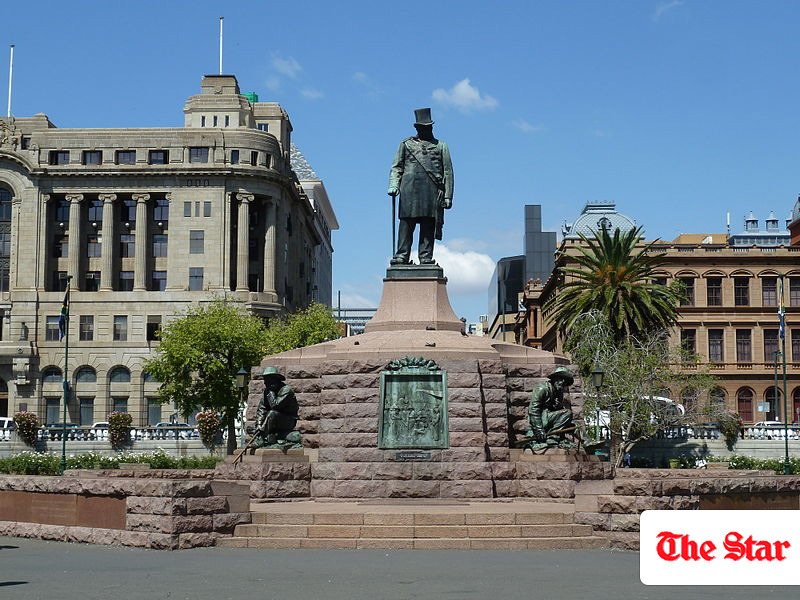 Pretoria is the least African of South African’s metropolitan areas – a city surrounded to the north by a series of very poorly serviced dormitory suburbs in which conditions are even worse than those in former black areas within the boundaries of the greater Pretoria metropolitan council.

Functionally, Pretoria is a three-lobed metro complex of some two and a half million people, of whom about 60 per cent are located in the former homelands.

These three lobes – a southern core (official Pretoria), a north-western satellite (Winterveld) and a north eastern satellite (former KwaNdebele) – are highly interdependent, yet each is separated from the other by considerable distances, agricultural land, and political boundaries. Nowhere else in South Africa has intra-metropolitan apartheid and segregation been so pronounced. This reality is not an accident.

By 1936 there were roughly equal numbers of whites and blacks living in and around Pretoria. Like many other South African cities, while there was a fairly high level of segregation in the pre-apartheid years, blacks often lived adjacent to whites, and quite close to the city centre. During the 1950s, tens of thousands of residents were forcibly removed under the Illegal Squatting and Group Areas Acts to the more peripheral townships of Atteridgeville and Mamelodi. By 1961 there was already a shortage of several thousand houses in these townships. To accommodate growth, the Pretoria City Council motivated the establishment of Ga-Rankuwa behind the ‘black reserve’ (later the Bophuthatswana homeland) boundary about 30 kilometres north west of Pretoria.

Settlement in this area expanded rapidly, and extended into what became known as the Winterveld. The establishment of Ga-Rankuwa was coupled with the establishment of ‘border industrial areas’ such as Rosslyn and Babelegi. Together, Rosslyn/Babelegi and Ga-Rankuwa/ Winterveld made up a black labour-cum-industrial complex that exemplified the latest government thinking on ‘separate development’. This pattern was emulated at Mdantsane/East London, Hammarsdale/Durban, Dimbaza/King Williams Town, and Botshabelo/Bloemfontein.

A similar train of events was set in motion in the ‘homeland’ of KwaNdebele north east of Pretoria. Here industrial deconcentration points were set up at Bronkhorstspruit and Ekangala to provide work opportunities for people (many of them former Pretoria residents) who had settled in closer settlements behind the ‘homeland’ boundary. As with the north-western Winterveld complex, the north-eastern Kwa-Ndebele conurbation effectively became a satellite of Pretoria, with over 40 per cent of KwaNdebele employees working in Pretoria by 1992.

There are in fact two Pretorias: a legal one, encompassed by the official metropolitan boundaries, and a larger functional one, which includes settlements at Winterveld and others in the former Bophuthatswana and KwaNdebele. These places now face the danger of being regarded as the peripheral ‘problem belts’ of North West and Mpumalanga provinces rather than being treated as suburbs of Pretoria, which they mainly are. That even remote areas such as the former KwaNdebele are functionally dependent on Pretoria can be seen in commuting, shopping, and other patterns.

Winterveld is one of the most glaring legacies of apartheid: a settlement of some 200 000 people created when millions of black South Africans were forced to live in places and in circumstances that were not of their choosing. Most people live in shacks with poor servicing levels. Over 80 per cent of those who work do so in Pretoria; unemployment is estimated at over 40 per cent. Fully fledged local government is not yet operating in the area. In many respects the area is administered as a geographically marginal outpost of North West. Winterveld is not a town in its own right, and is dependent for its economic survival on linkages with a proper city – Pretoria.

In many respects, legal Pretoria consists of a blend of privilege and relative disadvantage. On average, socio-economic conditions in legal Pretoria are better than those in other South African metropolitan areas, but this is because Pretoria has effectively excluded a large part of its population. It is outside of legal Pretoria that most of the city’s poor and marginalised are to be found. While black households in legal Pretoria increased their real incomes by 17 per cent between 1985 and 1995, in Winterveld average real incomes dropped by 12 per cent. In 1993 only 4 per cent of the Winterveld-Klippan population had a formal water supply (compred to 32 per cent in Soshanguve); only 0,01 per cent had formal sanitation (compared to nearly 100 per cent in Atteridgeville and Soshanguve).

More recent data on Winterveld and former KwaNdebele suggest that some service levels have improved in these areas partly as a result of recent government efforts to improve conditions. However questions could be raised as to the wisdom of further investment in such areas as opposed to providing housing and services closer to Pretoria. The futures of both Winterveld and the former KwaNdebele are closely tied to Pretoria, which forms part of Gauteng province; however, both areas have no formal ties with this city, and fall in other provinces: Winterveld in North West, and the former KwaNdebele in Mpumalanga.

Neither of these provinces see these settlements as central to their development priorities; however, Winterveld, for example, is the single largest settlement in North West. According to official (albeit unaudited) figures from 1995-1997, Winterveld, Mabopane, and Temba received 9 per cent of total housing subsidies in the province, or 6 318 out of 67 918. The average per capita expenditure on health in North West in 1996/97 was R394,92, while that in the Odi-Moretele area (which includes Winterveld) was R84 and R236 respectively.

This apartheid-style disaggregation of Pretoria and its population was entrenched in 1994 with new provincial boundaries. These new provincial boundaries perpetuated a racially divided Pretoria metropolitan area. Bizarrely, this functional metropolitan region is located in three different provinces. This allows legal Pretoria to externalize the costs of its growth and development (‘the reproduction of its labour force’) by passing off responsibility for the poor to other, less resourced authorities (North West and Mpumalanga) – a situation which is remarkably similar to what the apartheid planners of the 1960s and 1970s had in mind.

Pretoria has become what it is today – a highly fragmented and divided metropolis – through a concerted political programme of division and separation lasting more than 50 years. The dormitory communities that depend upon and serve Pretoria have been politically and administratively excluded from their claim on the budget, capacity, resources, and energy of the country’s third largest city. They have been condemmed to perpetual marginal status.

CDE believes that Pretoria should extend its boundaries to include at least the Winterveld and possibly southern KwaNdebele. Northern KwaNdebele is a more complicated case which requires further investigation.

New boundaries will require a new definition of Pretoria and its responsibilities. National government needs to play a part in persuading the city to expand its borders, and acquire a new and inclusive self-image. If national government decides to move parliament to Pretoria, it should demand a quid pro quo from the city: a commitment to incorporate and develop Winterveld and at least southern KwaNdebele as ‘suburbs’ of an expanded metropolitan area.