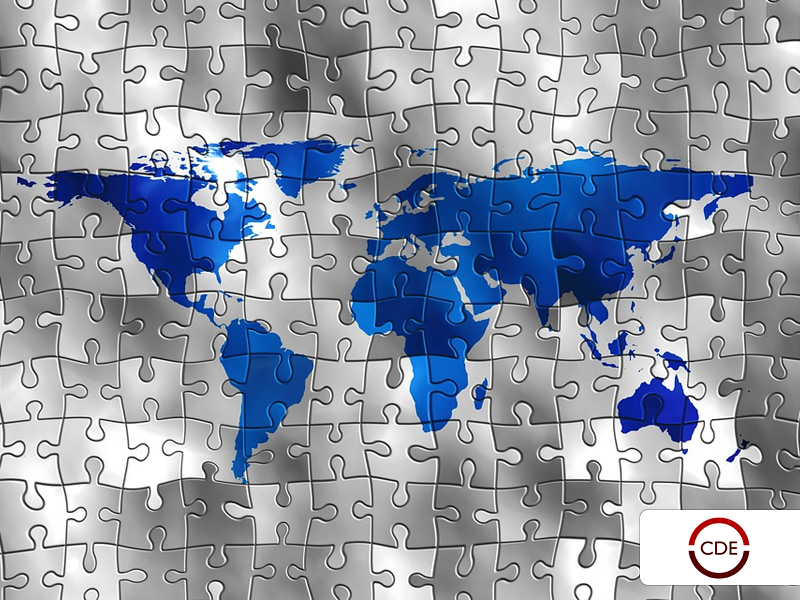 It is common practice in South Africa to oppose globalisation. While the government has been involved in promoting it via attempts to lower trade barriers faced by developing countries, many local academics and members of social movements have railed against it as an evil imposed by more developed, western countries. These critics regard globalisation as wholly contrary to the best interests of the developing world.

These findings on the role of the state underpin the core message of Wolf’s book. Because he has a sophisticated grasp of how markets really work, he is able to show that good governance is at the heart of any country’s ability to take advantage of market opportunities, both locally and internationally. He demonstrates that good governments create the predictable environment in which markets thrive. Thus if governments want to benefit from globalisation they should focus more on improving their effectiveness and less on protecting themselves from the competition that globalisation brings. All those who care about development and helping the world’s poor should stop looking for ways to restrict globalisation and instead ask what needs to be done in the developing world to allow countries to benefit from international market opportunities.

Internationally, the anti-globalisation movement also remains strong, although recently more organisational energy has been directed against the specific cause of the Iraq war than against the general process of globalisation.

The movement against globalisation encapsulates many ideas and accommodates many, often contradictory, interests. However, a central theme is the unjust nature of market based competition, especially when weak countries are forced into competition with stronger more successful ones. Under these circumstances, it is widely held, third world producers will be forced out of business, workers will be ruthlessly exploited by powerful, profit-hungry multinational corporations, and governments will be forced to abdicate responsibilities to their people in favour of attracting foreign direct investment.

Martin Wolf’s book, Why Globalisation Works, rubbishes these arguments by defending the benefits of market expansion and international competition and by painstakingly debunking the claims of the anti-globalisation lobby. He shows that globalisation is not the cause of impoverishment, dependency and unrepresentative governance. Instead, he proposes that participation in the world economy provides the only sustainable way to reduce both global poverty and the inequalities between the western world and the less developed countries of Africa, Asia and Latin America.

The facts belie the central fears of those opposing globalisation. Big corporations are not making the world worse off, nor are they participating in a ‘race to the bottom’. A study by Edward Graham, cited by Wolf, shows that compensation by US-owned corporations is 1.4 times the average compensation in high-income countries, 1.8 times the average in middle-income countries, and twice the average in low-income countries. Therefore, those people in poor countries who are lucky enough to be exploited by American multinationals are significantly better off than other people with jobs, and much better off than those without jobs. As Wolf puts it, ‘the problem of the poorest is not that they are exploited, but that they are not: they live outside the world economy’. He goes on to argue that ‘those who protest at the conditions of workers in developing countries [often] do so in comparison to their own happy state, not in comparison to the often awful alternatives confronting the world’s poor. Difficult though it may be for some to believe, there are worse places to work than those we call “sweatshops”.

It is, similarly, also not the case that those countries that have embraced globalisation have impoverished themselves and their citizens. Instead, the examples of China and India reveal the massive benefits that emerge when countries move to take advantage of world markets. Both these countries began to grow far more quickly and effectively than they had before they opened themselves up to trade opportunities and international capital flows. At the beginning of the 1980s these two massive countries were amongst the poorest in the world. Since then they have transformed their status and significantly raised their per-capita incomes. Between 1980 and 2000, India’s real GDP per head more than doubled, while China experienced a real rise in incomes per head well over 400 percent during the same period. As a result of these developments some 200 million people have moved out of the category of extreme poverty. Developments in these countries have also had positive consequences for the relative inequality between countries. In 1980 Chinese incomes were only 3 percent of American incomes. By 2000 they were 12 percent. If China continues to grow at its present rate, Chinese incomes will soon start to catch up to those of Americans.

The copious evidence and carefully constructed arguments in Wolf’s book convincingly destroy the most cherished beliefs of those who oppose globalisation. This is especially true of the economic perspectives adopted by the anti-globalisers. It also applies to their perspectives regarding the state. Here, the dominant view is that globalisation leads to gutted, impotent states whose only remaining function is to serve the best interests of international capitalists. Wolf again convincingly rejects this charge. He demonstrates that there has been no recognisable movement towards either smaller governments or shrinkages in regulation. Nor have highly regulated social democracies shown any symptom of either uncompetitiveness or of losing people and capital to less regulated countries.