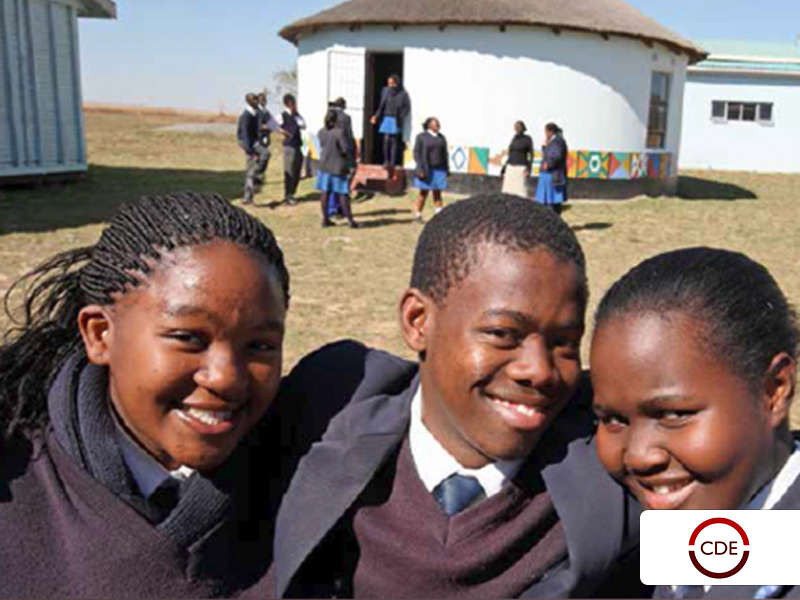 In a report released today,

the Centre for Development and Enterprise (CDE) combined international insights from Sir Michael Barber into low-fee private (independent) schools, and new research examining the latest developments, new and emerging players, and the significance of low-fee schools’ growth in South Africa.

“Given the seriously low level of learner achievement in the public schools, a key issue for CDE is whether developments in the independent school sector can help with reform of South African education,” explained CDE’s Programme Director Dr Jane Hofmeyr.

Barber, a leading authority on education reform and low-cost private schools, pointed to the tremendous growth of these schools in developing countries. Between 1990 and 2010 the percentage of students in low-income countries attending private primary schools doubled, from 11 to 22 per cent. In India, with 253 million school pupils, private enrolment in elementary schools was approximately 35 per cent and over 50 per cent at the secondary level by 2013.

Independent schools in South Africa are increasing rapidly but off a small base. According to official figures they are only 6.5 per cent of all schools, although Umalusi, the accreditation body for independent schools estimates there are twice as many.

The emergence and expansion of branded chains are accelerating the growth of the sector and responding to unmet demand. (A full list the players and chains is provided in the report.)

Low-fee schools – defined by CDE as those charging less than R12,000 per year, the average provincial expenditure on a learner in a public school –  are educating a quarter of a million learners, close to half the pupils in the independent sector.

Low-fee schools are found almost anywhere, said Hofmeyr: in a warehouse, an inner city office block, a house in a township or a suburb near a taxi route, an old bank building, a Putco Bus depot, an old farm house, a vacant government building, and even in part of a public school.

“The nature of our independent schools is also different to those in other developing countries,” she explained. “They are underpinned by our constitution; most schools are not-for-profit; the fees of South African low-fee schools are higher; girls outnumber boys; and a maze of legislation and regulations governs independent schools with severe sanctions for non-compliance. Many public schools, especially those in poor communities, would be unable to meet the standards of provision and education required.”

Poor parents make great sacrifices to send their children to private schools, said CDE executive director Ann Bernstein. This is often as a result of their disillusionment with government schools and their willingness to pay for their children to attend very rudimentary private schools. Studies undertaken of the factors behind this trend internationally and the performance of these schools provide a very clear lesson – in system reform, accountability matters.

“Any solution to the dismal education that most of South Africa’s children are receiving has to focus on accountability – a hallmark of independent schools. Teachers who don’t come to school or who don’t teach must face the consequences of non-performance, or the system will never improve. Performance management linked to accountability and effective professional development is absolutely vital for the quality of schooling,” said Bernstein.

“CDE argues for a diversified national system where parents have a choice, whether they’re poor, middle class or wealthy. But most important of all, we want more learners to receive a decent quality education and achieve better results,” she concluded.

The full report can be viewed on the CDE website