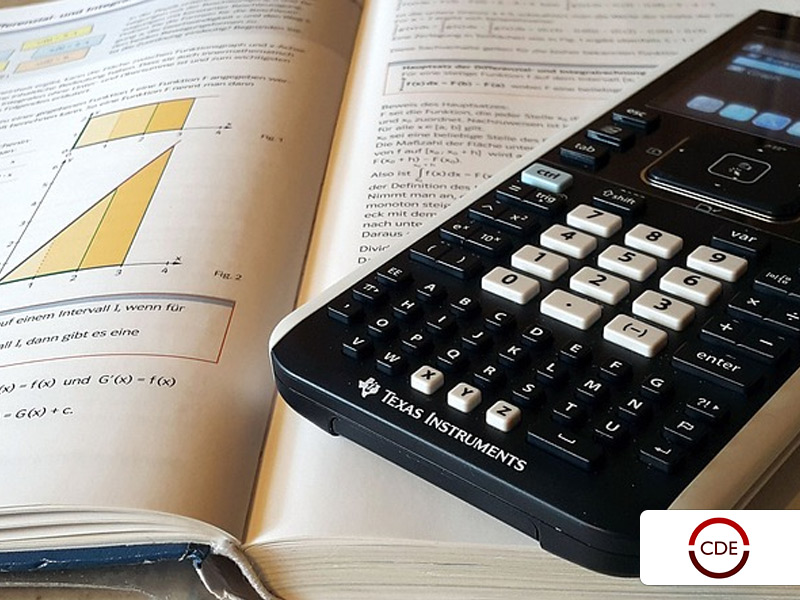 “Despite the energetic commitment of Government and private sector over recent years to improve maths and science education, our research shows that these efforts are simply not achieving the dramatic improvement in Higher Grade pass rates South Africa urgently needs,” said Ann Bernstein, Executive Director of CDE.

“Only 4637 African candidates matriculated with Higher Grade maths in 2002. This reality undermines all our ambitions for the country, for expanded economic growth, for black economic empowerment, for community development,” Bernstein said.
“Think what this means by looking at two townships, Tsakane and KwaThema situated at the heart of the national economy in Gauteng. In 2003 they had 1600 senior certificate passes, but only 12 of these included HG maths.”

“We all need to acknowledge that if current trends continue we face a national crisis because maths and science education is the foundation for so many jobs in our economy. From the professions, to management to commercial farming to construction and factory work – increasingly maths is a critical component of getting ahead.

Bernstein says that while the Report highlights the gravity of the current situation, it also identifies existing strengths and unexpected potential on which to build greatly expanded delivery.

For example the CDE research indicates that some two and a half thousand people could have achieved HG maths passes if they had written the exam. This calculation was done by looking at the marks of candidates in subjects other than maths and comparing them to marks achieved in the same subjects by people who did write HG maths.

CDE has developed a detailed set of practical recommendations and has challenged the country to set an ambitious goal.
“Over the next five years South Africa must double the number of HG senior certificate maths and science passes; and we must double the number of qualified maths, science and language teachers in the public school system,” Bernstein says.
“To achieve this we must prioritize, build on the strengths of the current system and focus resources ruthlessly.”

CDE recommends that the Cabinet establish a National Task Force whose two co-chairs represent a partnership between public and private sectors to achieve the goal of doubling the number of HG senior certificate maths and science passes in five years.
“The Task Force should be accountable for results and report annually to parliament. The country will not succeed unless there is a dedicated institution to focus, direct and drive this new effort on maths and science. This is not government’s problem alone. We face a national challenge and the time has come for a nation-wide strategic intervention,” Bernstein said.

Bernstein concluded saying “There are few higher priorities in South Africa today than improving maths and science education. This is the country’s top educational priority at the start of the 21st century.”

The CDE Recommendations:
Mobilize for a national effort – Pull together the energy and commitment of leaders in both public and private sectors to achieve a dramatic increase in performance through a new and common strategic framework for intervention.

Increase the supply of qualified maths and science educators – identify those we have and how we can keep them in the teaching profession; provide incentives to encourage more people to go into teaching in these subjects; institute a new approach to the professional development of maths and science educators and if necessary bring in educators with excellent language skills from abroad.

Build on the potential in our school system – support all high performing schools and investigate ways in which they could play an even bigger role. For example; can they deal with larger classes, can they expand their maths and science departments, can they share their expertise with other schools, can a city run a programme to encourage performing schools to adopt weaker maths and science schools? Identify the next band of schools that could perform better and assist them in different ways. Provide incentives to encourage different kinds of schools to play larger and more effective roles. Focused initiatives by the private sector could play a huge role here.

Ensure no child with potential and aptitude in maths and science is denied opportunity – We don’t have the capacity to fix maths and science schooling from the bottom up. We need to build that capacity – more educators with qualifications teaching in effective schools. This will take time. However it is possible to help those learners disadvantaged because they do not have an effective school nearby. We should introduce a nation-wide aptitude test which can be taken by any Grade 9 learner anywhere in the country. If they show potential in the test, they should then be eligible for financial support to attend a school with a good delivery record in maths and science. This could involve transport costs or boarding school costs but public money must follow the learner. If we want results in the next five years we need to get much better matching between good learners, good educators and effective schools. This set of proposals – an aptitude test to identify learners with potential and then the mechanisms and resources to get those learners to effective schools who teach maths and science at HG level properly – will help the country to do this and should be implemented as a matter of urgency. This is an ideal area for private sector support and involvement.

All maths and science education initiatives should include appropriate language components – All the research indicates that learners’ proficiency in the language of instruction and examination plays a very significant role in their performance in maths and science.

The government’s Dinaledi programme – the 102 specialist schools for maths and science is an important innovation, but the programme needs to be reconceptualised, restructured and expanded.

The private sector, NGOs and international donors should review the support they have given to maths and science education with a view to aligning with this new national thrust.