YOUTH UNEMPLOYMENT: An Agenda for Action 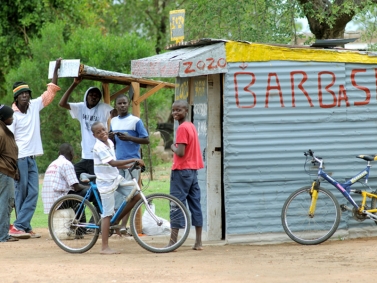 Johannesburg 16 August 2017 – “SA is no country for young people”, said Ann Bernstein, executive director of the CDE, speaking in Johannesburg to leaders in business, government, civil society and the media. “Nearly 40% of young people (15-34 year olds) are doing nothing and going nowhere, they are not employed, not in training, not in education. That is 7.5 million people which is six times the number of people employed in agriculture and mining combined.”

The Centre for Development and Enterprise (CDE) says that the scale of youth unemployment requires the country to rethink its approach if it is ever to employ millions and millions of young South Africans. The CDE today released three reports on a new agenda for action to deal with the country’s most pressing socio-economic crisis – youth unemployment.

This devastating reality for millions and millions of young people is the result of the malign legacies of apartheid and the failure of a democratic society to adopt policies that respond to the extent and severity of the crisis and to stop actions and policies that actively harm employment and growth.

SA produces far more young work seekers each year than there are entry level jobs. Bernstein says: “There are over 300,000 more young people unemployed today than there were at the start of 2008. On average South Africa has lost nearly 100 jobs for young people every day for nearly a decade.”

“There can be no more damning indictment of existing policy with its emphasis on high wage, high skill jobs. It has failed dismally,” according to Bernstein.

The scale of youth unemployment requires a reality check according to the CDE. There are a range of projects, and interventions currently prioritised by government, business, NGOs and others but these are too small to make a significant difference; and can give policy makers a false sense of achievement.

Current policies undermine youth employment. Employers have little incentive to employ young people: the minimum wage is too close to what most older more experienced workers are paid. Young people need to be able to offer their labour at a discount to compete, otherwise why would employers take on less experienced, untested workers and in a context where they can reasonably expect the costs of employment to increase? How can we possibly adopt a NMW with millions and millions of unemployed people?

If we are to move the dial, the country needs system-wide reforms that change the trajectory on youth unemployment.

CDE has put forward a bold, new agenda for action:

• SA needs a strategy for rapid economic growth. This economy cannot deal with the scale of youth unemployment. SA needs a new and different conversation about growth and economic reform to address the scale of jobs required to provide hope for young South Africans. Key among these is that policy-makers have to accept that they cannot be both pro-growth and anti-business. Enterprise-led growth is essential, as this will drive development and job creation nationally; it is also the only way to expand the economy in towns and smaller cities with economic potential.

• SA must make it easier to employ people. SA has to fix its wage-setting mechanisms, which are geared to raising wages faster than productivity. The NMW will not help inexperienced, unemployed young workers. Actions such as these achieve exactly the opposite of what is needed. They encourage firms to use fewer workers, especially unskilled, inexperienced young workers.

• SA must expand labour intensive sectors of the economy:

o Light manufacturing (clothing, electronics, toy assembly, agro-processing etc)
It is estimated that some 85 million jobs in light manufacturing in China will move to other countries in the next few decades. There is no reason why some of them could not move to South Africa. The CDE proposes the establishment of an export processing zone in Nelson Mandela Bay to attract investments in exports of this kind.

o Tourism: SA prides itself on what has been achieved in this area but compared to other developing countries we can do so much better. The visa process needs to be dramatically improved and crime is another deterrent to larger numbers.

Faster and more labour intensive growth will transform South Africa. It will increase employment, which is the key to greater social and economic inclusion; reduce poverty; expand tax revenue; and deliver on our constitutional promises and provide hope to millions of young people.

Bernstein says, “If radical economic transformation and inclusive growth are to mean anything at all, they must have significant job creation at its heart.”

The CDE Youth Unemployment project has involved engagements with stakeholders in the 20 municipalities where youth unemployment is highest, workshops with experts, academics, government, business and young people as well as commissioned research into the impact of the policy choices and actions prioritised to date.