Why is South African afraid of skilled immigrants when they are essential for enhancing economic growth? 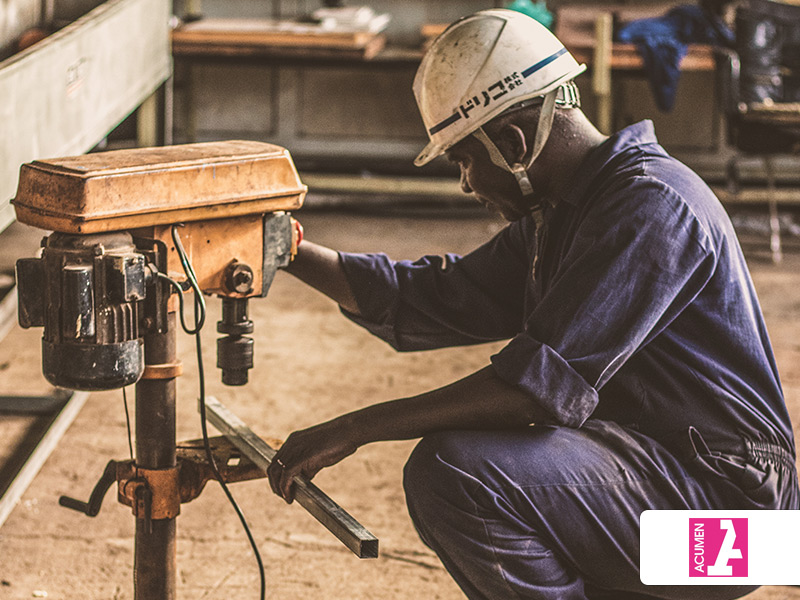 One of the defining features of democratic South Africa has been the much more visible presence of foreigners in different parts of the country. Traders from West Africa and Zaire, hairdressers from Ghana, poor peasants from Mozambique, high school graduates from Zimbabwe, academics from all over, drug dealers from Nigeria. The whole question of immigration to South Africa – by both skilled and unskilled people – has emerged as a new and important area of controversy.

But the country’s focus on illegal migrants has diverted attention from the real crisis issue: the deepening shortage of managerial, professional, and entrepreneurial skills which will undermine the country’s potential for sustained economic growth.

If South Africa wants to become a competitive economy in the global system, consideration must be given to the relationship between opening our borders to trade, industry, culture, communications and capital, and the movement of people which must inevitably follow. Immigrants generally have entrepreneurial talent and ambition, are prepared to take risks and possess the necessary drive to survive and succeed in a foreign country. The benefits of skilled immigrants have long been understood by developed countries which entice foreign highly skilled doctors, academics, engineers, and many others to their shores. For example, Singapore, Germany, Ireland, South Korea, the United States and United Kingdom have all sent ‘poaching’ expeditions to India to try and recruit information technology engineers to make good an increasingly alarming shortage in information technology skills back home. The United Kingdom has a special programme to attract South African nurses.

In the global economy today, economic growth and competitiveness is increasingly determined by high level skills inputs, the value added by innovations in management, production systems and technological innovation and by the levels of entrepreneurship and new risk ventures. Against this background, South Africa’s white paper on international migration and the government’s response to it becomes a test case of the coherence of government thinking on economic development.

Since 1996 the department of home affairs has wrestled with the complex question of a new migration policy. Progress has undoubtedly been made. Unfortunately, the 1999 white paper on international migration and the draft legislation on migration this year reflect a deeply ambiguous and unresolved approach to this critical national issue.

The draft legislation and the white paper contain important provisions that very seriously contradict the sound general principles that underlie the government’s approach to economic policy and that are accepted in the same white paper. These contradictions undermine the capacity of the proposed legislation to meaningfully address an emerging crisis in South Africa. South Africa is experiencing a deep and growing skills crisis. Newspaper reports reflect the dimensions of the crisis: ‘more than 300 specialist nurses are leaving South Africa every month’; ‘soon there could be more South African doctors in California than Cape Town’; ‘the accounting profession claims it is losing seven out of ten new graduates in brain drain to Britain’.

No one should be under any illusions. The facts are clear:

In this context, it is hard to understand a number of provisions in the draft legislation:

The reputation of the department of home affairs has suffered badly because of difficulties encountered by important investors in South Africa in securing necessary production, managerial, and professional skills. This suggests that much firmer ministerial intervention than has hitherto been exercised will be required to provide the persuasive reassurances on which confidence can be rebuilt. If the cabinet is serious about our economic recovery and sustained growth, it will ensure that the minister has full backing in turning immigration policy into an instrument of economic progress.

What are we afraid of? South Africa is hardly the most attractive destination for the more highly skilled personnel, successful entrepreneurs, and managers from the rest of the world. There is absolutely no danger whatsoever that South Africa will be ‘swamped’ by the kind of people its economy so desperately needs. While giving the appearance of sensible restraints and checks on the inflow of skilled immigrants, the limitations of the bill are in fact an additional tax on the economy. This legislation if implemented will act as a ‘man-made’ ceiling on South Africa’s much needed economic growth. Why are we doing this?

Many specific recommendations in the draft bill and the white paper seem to be based on the assumption that skilled immigrants are a threat to the interests of formerly disadvantaged South Africans, and that they are taking jobs away from South Africans.

This assumption is simply wrong in the light of the facts:

Government’s immigration policy should be much more effectively positioned as a facilitator of national economic growth. The president should publicly acknowledge the depth of the skills crisis and its negative consequences for all South Africans.

Confidence is one of the characteristics of success in the international economy. We must not be frightened by competition but embrace it. South Africans are as good as anyone in the world given the opportunities to prove it. We need skilled immigrants to create more opportunities for everyone and especially those who are unemployed and unskilled now. Skills and experience that
have been acquired at a cost to governments elsewhere in the world are a most important form of foreign direct investment, even more valuable than its monetary equivalents. The white paper and the draft legislation on international migration is ‘not good enough’. Business leaders need to impress on the president, the minister and the cabinet as a whole the importance of demonstrating their resolute commitment to our basically sound economic policies by:

What South Africa requires now is a clear-cut and unambiguous policy, supported by strongly reasoned arguments which are backed by all members of the Cabinet. We need to remove all restrictions on skilled people from anywhere in the world moving to South Africa and simultaneously mount a determined campaign to attract skilled foreigners to the country. The president needs to back the minister of home affairs in adopting a positive attitude on this critically important issue.

Whose interests are being served by this ambiguity, hesitation, and delay?