The future of the developing world can be democratic 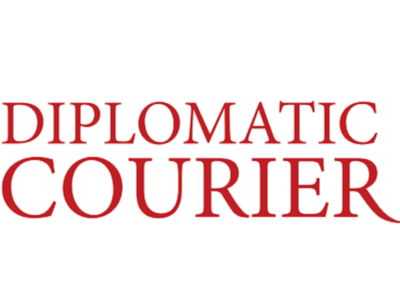 A recent essay by The Economist claims, “democracy is going through a difficult time”. The journal blames the “weaknesses of democracy in its Western strongholds”, the turmoil that followed the Arab Spring and now engulfs the Ukraine, as well as the rise of autocratic China for the loss of democracy’s “forward momentum”.

We must widen our focus when considering the future of democracy.

It is all too easy to concentrate on the flashpoints and dramatic failures, while ignoring developing democracies that have gained significant achievements and have the potential to build dynamic, inclusive societies to rival China in the future, without limiting hard-won democratic values.

India, Brazil, and South Africa are three important democracies spanning the global South (Asia, Latin America, and Africa). They have raised incomes, reduced poverty and become more inclusive in ways that are often not sufficiently acknowledged either within these countries or by outsiders.

The democratic constitutions of India, Brazil, and South Africa promote the rule of law, vibrant and competitive media, freedom of association and religion, and robust civic organisations. Despite shortcomings, the judicial system in all three countries stands above party politics ensuring that justice is done, even if often too slowly.

South Africa’s democracy has improved the quality of life for millions of people in ways that were unimaginable under apartheid. Although the population grew from 40 million in 1994 to 52 million in 2012, the percentage of poor people also fell, from 50 percent in 1992 to 44 percent in 2006. Access to electricity, running water, telephones, and many other basic services improved for millions of households, with the vast majority of South Africans now having access to these services.

Brazilian poverty is now in single digits. The poor and previously excluded have benefited greatly from recent economic expansion. Between 2001 and 2011 the household income of people classified as extremely poor grew by an average of 14 percent per annum, in contrast to incomes for people living in households classified as upper class, which grew by only 2 percent per annum.

In India, the proportion of the population below the poverty line fell from 44.5 percent in 1983 to 27.5 percent in 2004/5, and by some estimates down to 22 percent by 2011. Some 190 million people were lifted out of absolute poverty during this period.

In addition to lifting living standards for the poor, India, Brazil, and South Africa have become centres of business excellence. All three now contain companies which compete internationally with the largest and most sophisticated companies in Europe and North America.

However, to highlight these achievements is not to ignore the significant challenges that all three countries currently face. First, it is important not to take democracy for granted. Once achieved, there are no guarantees: democratic rights and freedoms can easily be eroded.

Second, all three countries need a new wave of reforms if they are to make further strides in overcoming poverty and underdevelopment. Macroeconomic fiscal discipline must be maintained. Micro-economic reforms must reduce the costs of doing business in each country, open up competition and markets for new firms and workers, promote a positive approach to the role of business and stop the slide in global competitiveness in each of the economies.

All three countries must strengthen the competence and capacity of government as the vital facilitator of growth, employment, infrastructure and human capital development. We believe it is possible that these essential reforms can take place. Democratic governments have choices in how they respond to economic difficulties or crises, vested interests, and electoral pressures. They can build on the many strengths of democracy to put together the new political coalitions that will support and sustain a new wave of essential reforms as these three countries did in the 1990s.

By shifting the spotlight away from the West and China, and by gaining informed, realistic insights into what is actually happening in the diverse countries of the democratic South, it is possible to develop a more optimistic perspective on the future of democracy. Based on our analysis of India, Brazil, and South Africa, we believe that there is every possibility that the future of the developing world will be democratic.