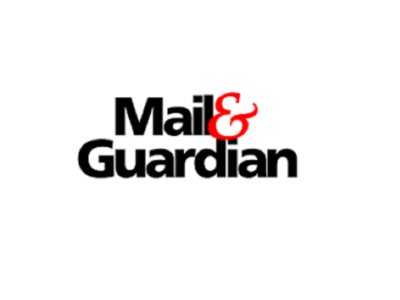 After the fall of the Berlin Wall, Western democratic capitalism seemed to have triumphed. But the 2008 economic crisis, and the relative decline of Western influence that followed, significantly undermined the appeal of Western democracy in the developing world. While Western powers struggle to overcome political gridlock and slow growth, the Chinese authoritarian political establishment, using a mix of market mechanisms and state capitalism, continues to deliver high levels of growth, lifting millions out of poverty.

As a result, it is now far more respectable to advocate authoritarianism in the developing world than it was a decade ago. For example, President Jacob Zuma has argued: “The economic crisis facing countries in the West has put a question mark on the paradigm and approaches that a few years ago were celebrated as dogma to be worshipped.”

But one important piece of the debate is missing. The global conversation rarely refers to the large and diverse group of democratic market economies beyond the industrialised world, including countries such as Turkey, Indonesia, Mexico and Chile.

To correct that omission, the Centre for Development and Enterprise and its think-tank partners in Delhi and Rio de Janeiro set out to examine the relationship between political democracy and inclusive economic growth in three important democratic developing societies: India, Brazil and South Africa, three very different countries that confront some remarkably similar challenges.

All three are developing countries with many poor people and high levels of inequality. At the same time, they combine internationally competitive economic sectors and world-class companies with enormous underdevelopment. Each has experienced relatively high levels of economic growth in the recent past and in each country large numbers of people, not just a tiny minority, have benefited from that success. Last but not least, all three are stable democracies that have for the most part been able to deal with racial, ethnic, religious and other conflicts that have destroyed many of their neighbours.

The achievements of the three countries over the past three decades is impressive. In response to economic crisis some 20 to 30 years ago each country, albeit reluctantly, introduced market reforms and overcame significant hurdles to set their economies on the path to prosperity and the inclusion of the poor and disadvantaged within vibrant democratic cultures.

Democracy means more than elections. These matter, of course; they are a way of choosing leaders and policies and periodically “throwing the rascals out” when necessary. They offer different constituencies in a country the opportunity to compete for representation rather than the Chinese approach, where in default of an open and transparent voter choice, a handful of pre-selected men emerge from predetermined, secret “elections” to govern the country.

Democratic societies are also characterised by a free media and freedom of speech, the freedom to associate and organise, and the recognition that the state exists to serve individuals and not vice versa. Successful representative democracies also establish institutions that are independent of both politicians and voters, including nonpartisan electoral commissions, central banks and sometimes special courts or ministries designed explicitly to deal with corruption.

All three find their competitiveness slipping in a tougher global economic environment. Urban, lower- and middle-class citizens now frequently protest against poor services, high taxes, unemployment and corruption. It is important not to take democracy for granted. Once it is achieved, there are no guarantees: democratic rights and freedoms can easily be eroded and there are signals of this in each country.

All three countries need a second “wave” of reforms if they are to hold on to their many achievements and make further big strides in overcoming poverty and underdevelopment. In each country, reforms need to take place in four different but inter-related areas:

Our study of India, Brazil and South Africa leads us to believe that they can build on the many strengths of democracy to put together the new political coalitions that will support and sustain this second wave of essential reforms.

After all, all of them have done this before: in the 1990s, in response to economic and political challenges, democratic governments in these three developing countries successfully implemented a series of economic and governance reforms and reaped significant benefits. If they are to negotiate the less accommodating global conditions and the troubling and tricky phase they now find themselves in, they and their citizens need more democracy, not less, in order to grow and improve the lives of the poorest.

India, Brazil and South Africa are three pivotal examples of the democratic alternative from the Global South. Their efforts to leverage democratic processes and institutions and achieve faster and more inclusive growth in the next decade will be closely watched.