South Africa’s heartland – How to achieve growth and development 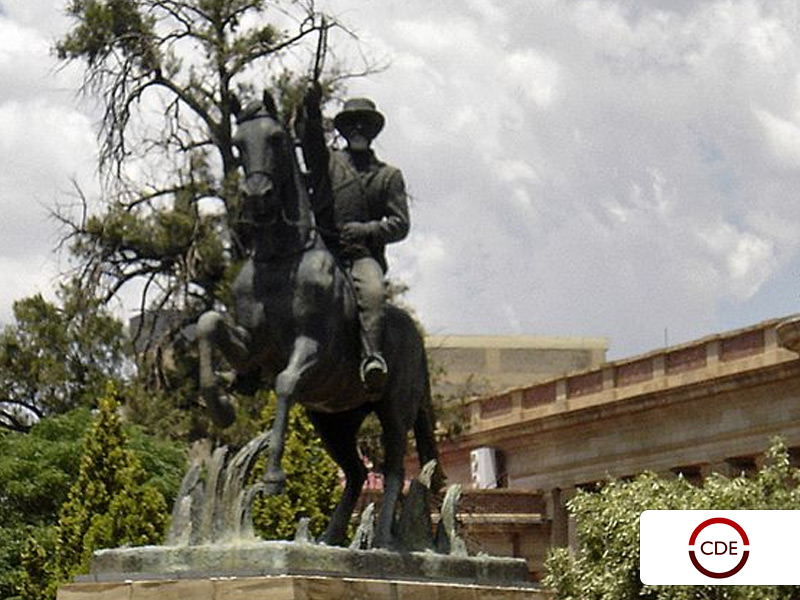 Under current conditions, there is little prospect of achieving enhanced economic growth and development in Bloemfontein and Welkom or many other cities and towns across the country, according to a new report from the Centre for Development and Enterprise, released in Johannesburg today.

“There is a missing link in development strategy in South Africa, namely genuine trust between public and private sectors and a collaborative mindset” says Ann Bernstein executive director of the CDE.

CDE’s report is based on research and extensive interviews with civic, business and government leaders in the Free State, particularly Bloemfontein and Welkom. CDE argues that although there are plans at local and provincial levels, there is a lack of synergy between public and private sectors and the absence of a common language or understanding of economic growth.
Local business organisations are too concerned with political priorities at the expense of growth and development initiatives, while local political leadership does not fully appreciate what is needed if the private sector is to create jobs.

It is outside the major metropolitan areas, in the places that are “halfway to everywhere” , that development policies are most rigorously tested and deficiencies exposed. CDE believes that its findings and recommendations are of nationwide, rather than merely Free State significance.

Local municipal and business leaders need extra confidence, vision and co-operation to come up with urban economic growth strategies under tough global conditions. SA needs much more economic growth if we are to meet the needs of the more than 30% of the population that is unemployed. Growth has to be diffused more widely than just in the major metropolitan areas, as well as a few tourism-driven coastal and other urban centres. In order to achieve that, we need to address key issues and questions.

In Bloemfontein, a comparison of the 1996 and 2001 census results show a city where total population has risen from 603 704 to 645 441. The African proportion has increased with other population groups static, except for whites who are leaving. Economic growth is stagnating, unemployment is rising in conjunction with a ‘brain drain’ of young educated people.

Of all these features the decline in the white population is most arresting. If the census data are accurate (debatable) and current trends continue, there would be no whites left in Bloemfontein by 2016. This is unlikely to happen because there are significant institutions (legal, educational) as well as investments that are relevant to them. However the decline in white numbers in recent years is dramatic – 5% per annum between 1996 and 2001 – partly attributable to intra-national relocation and international migration.

Over the past decade, foreign investment in manufacturing (textiles) within the region has declined. The substantial erosion within the sector is due to relocation of production to Lesotho where the labour regime is less regulated and authorities wholeheartedly welcome foreign investment.

In Welkom, both population and confidence are shrinking. On most economic indicators it is (or is the leading part of) the consistently worst performing urban area in South Africa, a feature mitigated slightly by some economic dynamism, in selected ‘new economy’ areas. One trend in Welkom’s recent history is so dominant that it dwarfs all others – the decline in cost-effective gold mining, which has meant the loss of the original economic base on which the town was founded. The result has been that unemployment in the urban core of Welkom is about 20% and it is surrounded by a thick and extensive settlement belt in which the rate has increased to over 46.5%

Both case studies show how difficult it is to adapt to challenges and overcome vulnerabilities to changing trajectories of economic development. Welkom has been a boom and bust place, vulnerable to the downward cycle of commodities as they approach exhaustion or become more expensive to extract. For Bloemfontein it is no longer enough to rely on being a service centre to a political and economic unit whose relevance can no longer be taken for granted. More efficient forms of communication and the re-ordering of time and space that goes with them, make sure of that. Expectations are low and actions correspondingly modest. The ambitious, black and white, vote with their feet.

A collapsing heartland has serious implications for the poverty stricken rural areas which rely on them for infrastructure and opportunity as well as for metropolitan engines of the economy, not least through accelerating migration to these already often under serviced areas

An intensive political and information campaign by senior government economic ministers directed at local political leaders / officials about the realities of economic growth in the 21st century and the importance of creating an enabling environment for private sector investment. Says Bernstein: “When the cabinet says that jobs will be created predominantly by the private sector, they need to point out what this means for urban political leadership in the heartland.”

The development of an economically based national urban strategy (led by the President’s office) that provides guidelines on how to deal with rapid urbanization; more effective management of cities and towns so as to maximize their economic potential; and how to manage the timing, sequencing and balance between the infrastructural requirements for economic growth and long neglected basic service provision.

A competitive cities development fund, as part of an overall urban development strategy, would be a way for government to stimulate energy, ambition, and initiative in our cities and get a return on national investment.

National business organisations should make economic growth their number one priority, and recognise that growth means more than the metropoles and is crucial in the smaller cities and larger towns.

A training programme carried forward by experienced business organisations is needed for cities and towns: this should foster understanding of economic growth, competition, and building growth coalitions, and should be aimed not just at officials and politicians but at business people too.

A research programme should be launched on the reasons for the weakening of local growth coalitions in South Africa, and strategies should be suggested for reversing this negative trend.

The CDE argues that participating effectively in the global economy requires a new mindset – daring to be different, non-provincial, challenging conventional development orthodoxy and above all celebrating competitive regional and global linkages.
As Bernstein says: “Equipping and facilitating the Free State – and other ‘heartland’ cities and towns – to develop these qualities is a major national challenge.”