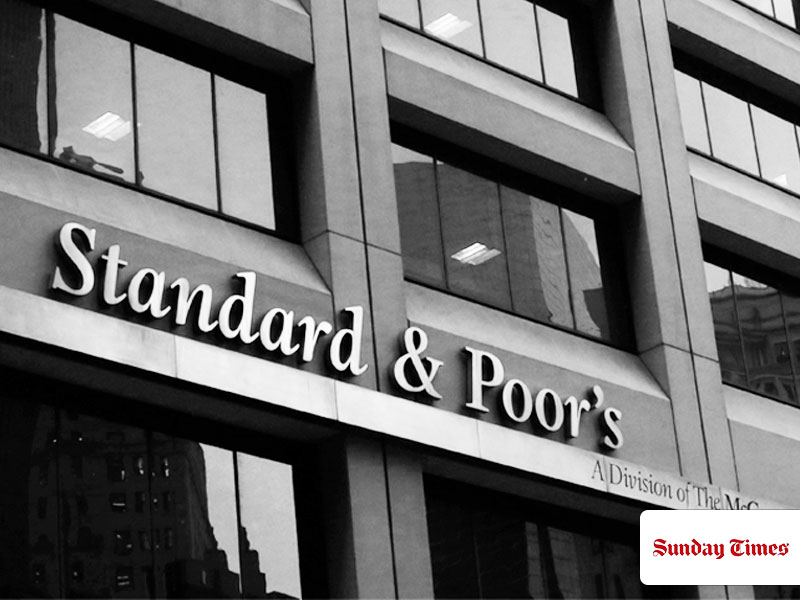 Senior officials in the National Treasury and the ANC have taken issue with complaints by the world’s largest credit ratings agency, Standard & Poor’s, that “political noise” is hindering key reforms that could keep South Africa from losing its investment grade rating.

The positive message in Finance Minister Pravin Gordhan’s 2016 budget on tighter control of costs has been overshadowed by the controversy surrounding President Jacob Zuma.

Konrad Reuss, S&P MD and sub-Saharan Africa regional director, said: “A lot of positive [effort] at the moment is unfortunately drowned out completely by the political noise. That’s what makes it very difficult to say at the moment where we will be in June [when S&P communicates the outcome of its ratings review].”

Fitch will also announce its ratings review in June.

If Zuma were to be removed from office – as some former ANC leaders, union leaders, civil society organisations and opposition political parties are calling for – S&P would not have a “knee-jerk reaction” but would do a thorough analysis of the implications, potential disruption and the strength of the mandate his successor will have, he said.
National Treasury Director-General Lungisa Fuzile did not agree with S&P’s “political noise” observation.

“Yes, South Africa is a vibrant democracy, but that hasn’t distracted us from the work that we have to do,” he said.

Fuzile said the government acknowledged that tackling growth was urgent: “Government is working closely with business to come up with concrete plans that will have a positive impact on growth in the near term.”

Enoch Godongwana, chairman of the ANC’s economic transformation committee, said: “It is unfair to think that the dancing in parliament is likely to have an impact on the core implementation of the programmes.

“At the core of the government implementation programmes are bureaucrats who day and night are working to achieve the objectives, guided by politicians on a strategic level,” Godongwana said. “There may be some distraction here and there for politicians … but we’ve already crafted the strategy.”

He said media reports did not do enough to highlight the government’s efforts to improve the economy.

“Ratings agencies are not familiar, understandably so because of what is presented in the public domain.”

It is unfair to think the dancing in parliament is likely to have an impact on the core implementation
“We want issues in the parastatals being addressed and we want to see how growth can be brought back into this economy,” he said.

The slow pace at which labour issues in the mining sector were being resolved was one example highlighted by S&P.

Colin Coleman of Goldman Sachs South Africa – one of a group of business leaders engaging with the government – said that while recent events “may have been confusing to rating agencies”, collaboration between business and the government continued. He said the parties would return to tackling a basket of reforms “with a vengeance”.

The reforms include measures to attract investment, such as amendments to mining and labour legislation, and SOE reforms. “But there needs to be clear evidence of specific decisions taken with respect to some of that package,” he said.

Alternative policy ideas to infuse growth were published in a set of reports titled “The Growth Agenda”, released by independent think-tank the Centre for Development and Enterprise this week.

Executive director Ann Bernstein said that among the recommendations was that one new growth strategy had to replace the three contrasting strategies that include the National Development Plan.

South Africa also has to create jobs for the “workforce we have, not the workforce we wish we had”.

She said: “By driving up the costs and regulatory risks associated with employing people, the implementation of the ‘decent work’ agenda has priced unskilled workers out of the labour market.”

Meanwhile, the National Treasury sought foreign funds for the first time in two years this week. It issued a $1.25-billion (about R18.8-billion) 10-year bond to finance foreign currency commitments of $6.4-billion over three years.

Analysts said South Africa was paying a premium on its foreign debt because of the risk of a potential credit downgrade.

Ricardo Da Camara, economist at ETM Analytics, said South Africa was one of few emerging markets still holding an investment grade and this was an attraction. When the “political noise is translated into actual policy changes … investors will react more forcefully and become more judicious in where they invest their money”.