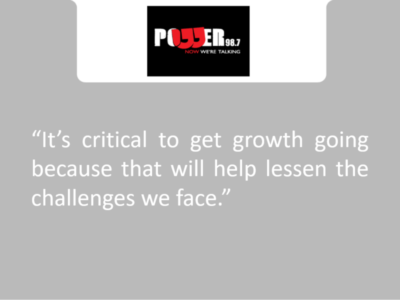 Speaking with Power FM’s Khaya Sithole, Ann Bernstein discussed the new CDE report titled South Africa’s NEETs crisis: Why we are failing to connect young people to work. She unpacked that 9.1 million people between the ages of 15 and 34 are not in employment, education or training and that some people in this number are graduates, matric level or not reached matric. “We have to persuade investors to risk their money in this country and we are not doing that nearly as fast enough, the Government has to reorient to bring in markets and entrepreneurs to help South Africa grow jobs,” she explained.