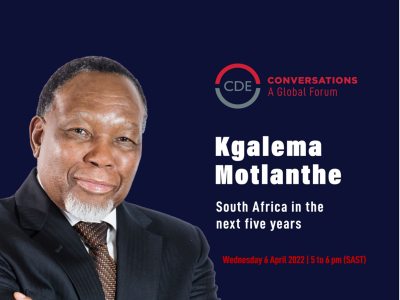 Kgalema Motlanthe is the former President of South Africa. He continues to play an active role in the country’s political and public affairs. He currently heads the Kgalema Motlanthe Foundation and from 2016 to 2017 he chaired Parliament’s High Level Panel on the Assessment of Key Legislation and the Acceleration of Fundamental Change (HLP). See his bio here.

Kgalema Motlanthe was in conversation with Ann Bernstein, CDE’s executive director. The conversation focused on South Africa in the next five years.