VIEWPOINTS | What to do about Eskom 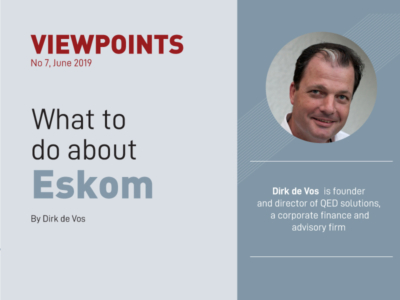 Previous publications in this series: Viewpoints