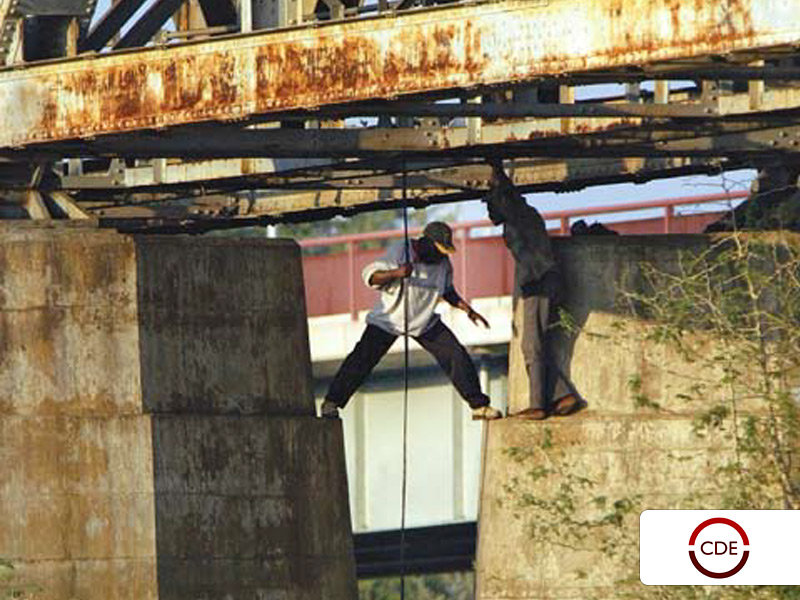 Following a workshop held at the end of last year, the CDE today released a report highlighting the challenges and the weaknesses of South Africa’s response to increasing cross border migration from Zimbabwe.

Over the last year the figure of 3 million Zimbabweans in South Africa has been circulated widely. However there is no solid factual basis for this number and the true figure is likely to be smaller.

The best available figures suggest that there are at least 1 million recent Zimbabwe immigrants; that the flow of people coming across our borders is accelerating; and that increasingly the search for employment is the driver and that many migrants possess the skills South Africa requires.

Whatever the numbers, the increasing exodus from Zimbabwe is exacerbating and dramatising already existing inadequacies of South Africa’s migration management.

Zimbabwean applications for asylum are an example of pressures on government capacity to deliver. They are the second largest component in a backlog of applications which by 2007 had reached 144 000 despite what the department of Home Affairs called ‘concerted efforts’ to reduce it.

Another pressure point is deportation. According to the International Organisation for Migration (IOM), in the period from January to June 2007 the South African authorities repatriated a total of 102 413 illegal migrants to Zimbabwe. Thus, by July 2007 the number of Zimbabweans deported from South Africa to their home country had reached 17 000 each month. In 2004 the figure was much lower, but still comparatively high at 4 000 per month.

Research is helping to put together a profile of Zimbabweans in South Africa. For instance, a survey of 4654 Zimbabweans in Johannesburg, conducted by a group of NGOs in mid-2007 produced the following key findings:

The survey findings pointed to opportunities as well as challenges in the new wave of immigration, because the majority of the sample possessed matriculation and over 30% of them had a post-secondary education. According to the South African Qualifications Authority (SAQA), of the 17086 evaluations of qualifications it performed between January and September 2007, 9756 (57%) were for the purpose of processing Zimbabweans’ work permit applications. This suggests a high level of skills among the migrants.

“The policy debate must attend not only to the short-term pressures of crisis-driven movement of people out of Zimbabwe, but to the wider and longer-term issues of immigration policy in South Africa”.

According to Bernstein short term priorities include alleviating the increasing pressure on already strained and overloaded policies and systems – systems weakened by poor organisation, bureaucratic incapacity, and corruption, notably in the South African Department of Home Affairs.

In the longer term, it is important to recognise that immigrants – at all skills levels – have contributed significantly to South Africa’s economic success and that we could be making better use of Zimbabwean migrants’ skills: current policies still make it difficult for skilled people (when we have great need for them) to enter this country legally.

CDE’s study concludes that there has been a lack of realism and failure of leadership within South Africa on the crucial issues of regional migration. These shortcomings are exemplified in President Mbeki’s remarks to the National Assembly in May 2007:

This rather passive attitude carries dangers with it, said Bernstein. Experience from other countries – notably the UK and other European states – makes clear that failure to take charge of refugee and asylum issues and demonstrate the ability not only to be generous but administratively efficient in discharging obligations, risks discrediting all forms of migration in the eyes of the public.

“It is essential that every aspect of migration issues, humanitarian, emergency, economic and political should be managed with the decisiveness and effectiveness that brings public confidence.”