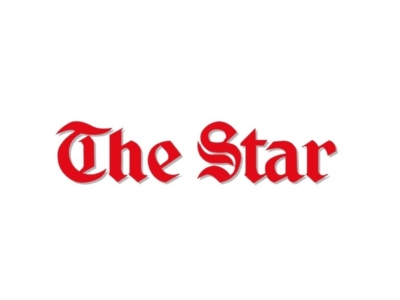 “It is time to accept that migrants have been the lifeblood of the city since it was founded,” said Joburg mayor Amos Masondo.

There are many urban legends in South Africa today. Several of these focus on the extent of foreign immigration into the country.

Heard the one emanating from Pretoria about there being 3-million Zimbabweans in South Africa? Strange how that solid round number of 3-million has stayed the same for the past four years.

How about the sensational figure put out by a consulting firm that there are 9,84-million irregular migrants in South Africa (an unlikely 20 percent of the total population).

And then there is the notion – held by several senior officials and business organisations in Joburg – that there are about 2,5-million foreigners living in the city.

This mix of uninformed speculation about numbers coupled with stereotyping about the propensities of different national groups is dangerous – as the xenophobic violence in May has shown.

Without accurate numbers, policy makers can’t hope to plan effectively. Without a clear sense of how many immigrants there are in South Africa and what they do here, local communities will tend to assume the worst. Loose talk encourages a search for scapegoats.

The CDE Johannesburg Survey is one of the largest and most sophisticated studies on immigration to South Africa undertaken thus far. The research was devised in conjunction with leading experts to reach people who wish to avoid being identified. Building on lessons learned from an earlier pilot study of Witbank, the research aimed to estimate the number of foreigners in Joburg and find out more about them.

The core element was a survey of 1 000 randomly selected households. Lengthy interviews assessed the number of migrants in the city and obtained estimates of immigrants in neighbouring households. This large, detailed survey was followed by in-depth interviews with 300 immigrants themselves.

Estimates of foreigners in Joburg and the country as a whole have fluctuated widely for several reasons: the main one being the obvious desire of unauthorised migrants to avoid being identified. Other reasons include the difficulty of distinguishing between migrants who have settled here and those who regularly return home (circular migrants), the ability of migrants to illegally obtain documentation from corrupt officials and the cost of large-scale population research.

The most recent official source is the 2007 Community Survey, which estimated the number of foreigners in the country at 2,6% of the population (1,26-million people). Joburg’s population was estimated to be nearly 3,9-million.

Analysis of the survey data suggests the number of foreigners in Joburg at the time of the study (2006) was about 550 000.

Depending on their degree of visibility in official population estimates, this means between 13 and 14 percent of Joburg’s population in 2006 was foreign-born. By mid-2008, this figure may have grown to perhaps 600 000 or 700 000 in response to the escalating crisis in Zimbabwe and the pull-factor of economic growth in South Africa. This is not a firm finding, however, and we should adhere to our estimate of about 550 000 in 2006.

What should we make of this estimate? It is well below the figures that have generated a kind of popular panic. Combined with official resignation and passivity, this probably contributed to the attacks on foreigners.

However, the survey’s estimate places immigrant numbers well above any level that could be an excuse for complacency, and our analysis clearly points to the need for an effective strategy to deal with immigration issues. This needs to be coupled with clear and bold leadership to build public confidence in the government and the city’s ability to deal with the realities of migration.

What are those realities? As the country counts the cost of the xenophobic violence, we see three realities that will shape the future challenges of immigration policy.

The first is that continuing and probably increased immigration is inevitable. South Africa – Africa’s richest economy – has long and porous borders at the bottom of a poor and conflict-prone continent. Increased migration pressures – climate change, improved transportation and political conflict – will push out-migration from sending countries while the performance of South Africa’s economy will act as a magnet for those with the initiative to leave their own countries and try for a better life elsewhere.

The second is that at all levels – from the hawker’s stall to the boardroom – most immigrants make a positive contribution to South Africa’s economy, sometimes against daunting odds. Foreigners create jobs. Immigrants employ almost half their total number, almost half again being South Africans. In other words, on average, one direct job is created for a local for every four immigrants. In addition, it is likely that a significant number of jobs in retail and services depend indirectly on migrant traders and the presence of foreign-born people in the city.

We need to understand and manage the many positive contributions of migration much better, and capitalise on them. But we will only be able to do this if we can manage flows of people across our borders more efficiently.

This means dealing with migration in ways that give South Africans confidence that migrants make a positive contribution to the common good, and are being factored into national and city plans and policies, and that the country is controlling its borders.

The third is that effective management of migration requires that popular fears and misconceptions about immigration must be taken seriously. When they show themselves here, these concerns are not the products of blind prejudice or some national predisposition to extreme xenophobia, but local versions of universal and understandable fears. They aren’t simple and may be fanned by misinformation. But if immigration is to make the contribution it can to our society’s development and economic growth, these fears have to be taken seriously.

Effective management of migration requires reliable information. The numbers will never be perfect, but this doesn’t mean that we should tolerate the wild guesses that distort public discourse on migration. Careful estimates based on genuine field work are vital and orders of magnitude are possible and essential.

The country needs to generate reliable information on migration and communicate it effectively. This includes estimates of the numbers of migrants and information about their status (students, refugees, asylum seekers, skilled immigrants, pensioners, irregular immigrants), where they are located, the economic roles they play (cross-border trader, entrepreneur, professional, construction worker) the conditions of their stay and the rules concerning access to state facilities.

People in responsible positions should stop parroting unsupported numbers about the immigrant influx and indulging in handwringing about the “vast” scale of immigration. All the available evidence indicates it is a manageable number if the process is managed effectively.