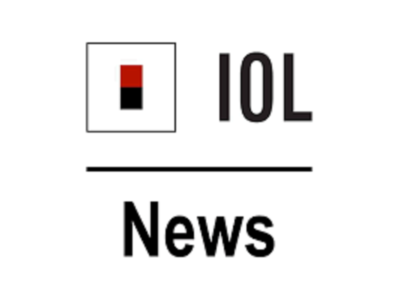 The Brazilian experience should provide hope for South Africa. In a society characterised by great inequality, and much larger numbers than South Africa, Brazilian political leadership made a major difference to education.

Some years ago, the president and his senior education officials mobilised public sentiment and political will throughout a vast country.

As a result of introducing incentives for headmasters and teachers, and a focus on student performance, the country has moved from being “bottom of world class” to “the world’s fastest reforming schooling system”.

In South Africa, while some improvements had been made, the public schooling system is failing too many young South Africans.

There are few local education experts who believe the system will improve dramatically over the next five, 10 or even 20 years. And yet international research into educational reform in 20 countries worldwide shows that measurable and sustainable reform is possible within five to six years, and from almost any starting point.

At a Centre for Development and Enterprise (CDE) Round Table on International Schooling Reform held in Johannesburg earlier this year, one of the international experts was the late Paulo Renato Souza, former Brazilian minister of education, and secretary of education of the state of Sao Paulo.

He outlined steps taken to improve public education in Sao Paulo, and generally in Brazil.

Social participation played a vital role in helping Brazil to implement its new policy. The first thing former President Cardoso did was to launch a programme called “Wake up, Brazil, it’s time for school”, which called on all segments of society to help transform education.

The first was to consistently implement an effective assessment system of student performances.

The second was to improve the performance of teachers in the classroom through incentives and training, and the third, to improve school management and assist principals.

These acknowledged that not all schools started from the same positions of advantage, but that there had to be common internationally referenced indicators of performance.

Then there was a bonus system for principals, other managerial staff, and teachers, pegged to students’ performances as well as to repetition and dropout rates.

These targets acknowledged that schools in poor areas for example started from a more difficult point. But excuses were not accepted.

Poor attendance by teachers, for example, may result in their bonuses being reduced or even eliminated.

Brazil also recognised the need to create new career paths for teachers, involving promotion along five new levels, and larger salary increases for each level. Promotion to the next level could involve a salary increase of 25 percent.

This means that the salary of a good teacher can increase fourfold in the course of their career. Conditions for promotion include improved attendance, continuity in the same school, and further studies in the subject being taught.

Knowledge of the subject being taught was seen as more important than general educational training, which was seen as too theoretical.

Rewards for performance and attendance were the most controversial parts of Renato Souza’s administration, and he said he initially had a lot of trouble with the unions. But he appealed to their career interests, as well as to wider society through television and the media so as to stimulate a public debate, and create broader public support for the intended reforms.

He did not defer to vested interests and the orthodoxies of the educational establishment, but persisted with practical measures that showed student results, created opportunities for good teachers and headmasters, and which parents supported.

Brazilians have learnt that good principals play a vital role in improving schools; in fact, he said, Brazilian studies have shown that merely training a principal in general management without taking any other steps can lead to major improvements in the performance of learners.

Good principals actively lead their schools and engage with their communities of parents, who in turn, apply pressure on the school to achieve good results.

Two programmes were launched to stimulate the participation of communities. The first gave state funds to Parent-teacher Associations and the second was a national campaign aimed at stimulating parents’ involvement in schools. The Brazilian assessment system had shown that parental involvement was strongly correlated with performance, so the authorities launched a national day for parents’ participation in schools.

In South Africa, schooling reform is not high enough on the national agenda. It may require similar interventions to those described by Renato Souza. Brazil is no longer at the bottom of the world class in terms of educational achievements, but in many ways South Africa is.

The 2011 Annual National Assessment results released in South Africa in late June 2011 indicated for example that in Grade 6, the national average performance in numeracy was 30 percent. Despite areas of improvement, National Senior Certificate (NSC) results in mathematics have also declined recently. Are such indicators partly because many teachers are absent much of the time, and that many are teaching subjects they know little about?

In the meantime, the costs are mounting. The growing militancy of sections of South Africa’s youth is partly a reflection of their poor education and un-employability.

We cannot allow such a tragedy to continue. South Africa has its own specific circumstances.

The South African education system is large and complex, but Brazil’s with a population of over 200 million is much larger and more complex. Sao Paulo state alone (population 50 million) has almost as many schools as South Africa.

Any reform attempts here are complicated by South Africa’s legacy of apartheid, and past and current issues of race and politics, but Brazil too has a complex legacy of class and racial inequalities.

South Africa should not try simply to replicate what people are doing elsewhere. Nonetheless the Brazilian case may hold many lessons for our own efforts to work our way up from the bottom.

South Africa’s Minister of Basic Education and her Director-General have shown admirable interest in what can be learnt from abroad.

They are also to be congratulated on conducting and publishing the Annual National Assessment this year. They deserve our support as they embark on essential reforms.

By contrast, explaining away historical failure by reference to allegedly unique local circumstances, or acquiescing to apologists linked to vested interests, must not be allowed to continue.

Like Brazil 10 years ago, it is time to say from the top: “Wake up South Africa! It is time to improve our schools!”.

We must follow this up with rewards for performance and regular assessments of principals and teachers in terms of student results. And we must put parents and the wider society in the lead in a new social compact on quality education.