VIEWPOINTS | State, Market and Competition – Can Eskom be rescued? 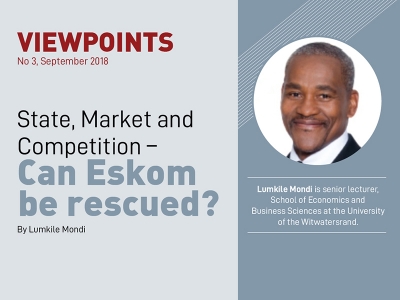 Other publications in this series: Viewpoints | Why land expropriation without compensation is a bad idea Viewpoints | The future prospects of South African universities