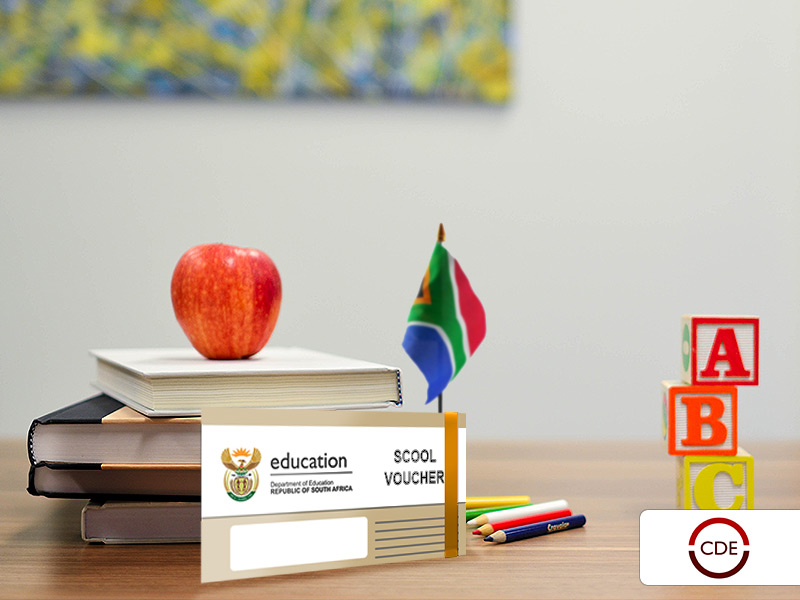 ‘South Africa should embark on a school voucher experiment to improve the quality of education available to the poor,’ says Ann Bernstein, executive director of the Centre for Development and Enterprise. (CDE)

In the United States, large-scale experiments with school vouchers – coupons issued by the state or private charities entitling poor parents to send their children to non-state schools – have had impressive results, says CDE.

The organisation has released a new report comprehensively reviewing the experience of vouchers in America.

Nearly all voucher recipients have been poor and mainly African-American. After switching from a state school to a voucher-funded school, the average improvement in academic performance experienced by voucher-funded children ranges between 3-6% over two years. Five years of voucher-funded education could improve someone’s marks from just scraping a pass to earning a B average, or from failing badly to passing well.

America’s voucher programmes have also helped improve the quality of education available in nearby state schools. In Arizona, public school districts that were losing pupils to voucher-funded schools have begun to ask parents why they are using vouchers to remove their children, and to try to improve the education they provide. In Florida, even the ‘threat’ of a state-funded voucher programme being introduced led to dramatic improvements in 78 failing public schools.

‘With results like these,’ says Bernstein, ‘it is not surprising that a strong majority of poorer and African-American parents support the idea of voucher programmes even where no voucher school is actually available to them. In 2000, vouchers were supported by 73 per cent of people with family incomes below $20 000 a year and 75 per cent of black parents in the United States.’

The voucher movement is beginning to pick up significant and widespread support from politicians and civil society activists. For instance, the African-American activist Mikel Holt, editor of the Milwaukee Community Journal, puts it this way: ‘What all of these parents and all of these children [supporting vouchers] have in common is that they are all part of what we call a civil rights movement. It’s an educational civil rights movement… The civil rights movement my parents were involved in and I was involved in when I was a lot younger was to guarantee access. It was to get us to the lunch counter. The new civil rights agenda, since we’re already at the lunch counter, is to make sure that our children can read the menu.’

‘The similarities with South Africa are striking,’ says Bernstein. ‘South Africans have enjoyed a decade of political freedom, but far too many of us are still unable to “read the menu.” According to the Department of Education’s own figures, the average reading and writing score in Grade 3 is 39%. The average maths score is 30%. And close to 60% of pupils are reported to drop out before matric. And yet, South Africa spends a higher percentage of its GDP on education that any other middle-income developing country.

Bernstein says, ‘The state must pay for children’s education but new questions should be asked concerning how we spend that money. Surely it is clear by now that simply throwing more and more money at our struggling government schools isn’t working. The time has come for some “out of the box” thinking about how to spend our education budget.’

‘It’s time for a South African experiment with school vouchers. We need to test whether they will have the same beneficial effects in our country as they have had in America.’

Which province or city will be the first to make this bold move and provide poor children stuck in failing schools with the opportunity to go to the same good schools that middle class pupils already attend? Surely an election year is the perfect time to adopt an initiative guaranteed to win so many votes?

And what about corporate South Africa? South African companies have a long tradition of generous, imaginative corporate social responsibility spending. Is there a company which would like to add yet more value to its social spending on education by offering vouchers that could be spent at any approved private school rather than just the traditional scholarships to a specific school? This would benefit individual voucher recipients, inject more competition into the education market, and start gathering evidence on whether voucher systems can have the same beneficial effects in South Africa as they have in the USA.

What about a partnership between a city or provincial government, a large company and an innovative foundation?