Smallholders at the forefront of land reform. The right road or a dead end ? 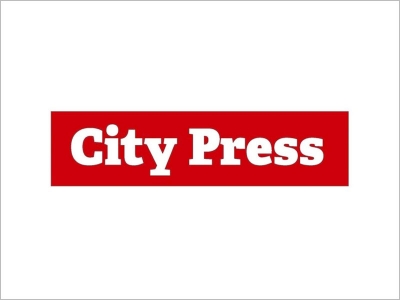 It is vital that the assumptions on which arguments for rapid and large scale transfer of land to small holders rest on solid evidence, by William Beinart and Peter Delius.

The current heated debate on land reform is fuelled by bold pronouncements about how white-owned land should be secured for African people.

But it is marked by an absence of detailed policy discussion about what should be done with the land that is redistributed.

Prof Ben Cousin has set out to fill this void with the suggestion that 48-million hectares of commercial farmland, 60% of the existing freehold, commercial farmland, should be acquired by the state over the next 15 years and given to about 200 000 “market-oriented smallholders”.

President Cyril Ramaphosa, apparently echoing this approach, has stated that the initial focus of the government’s plans for land redistribution will be the group of around 200 000 emerging black farmers who are “yearning for land”.

Smallholders occupy a considerable area of agricultural land in South Africa, perhaps 23-25 percent (over 20 million ha), and we agree that where possible, they should be assisted to intensify production and market their output.

But at present they produce relatively little and evidence suggests that they are, as a whole, withdrawing from farming.

It is vital that the assumptions on which arguments for rapid and large scale transfer of land to small holders rest on solid evidence.

Our analysis of deep seated patterns of change, the current levels of production and impediments to expansion suggests that the idea of transferring large amounts of new land to small holders is more likely to do economic harm than alleviate poverty.

There is the added danger that a crude version of these proposals will serve as an intellectual fig leaf for deeply destructive populist policies.

In the late nineteenth century and early decades of the twentieth century, South African smallholders intensified their production with new crops such as maize; some produced for markets.

This historical success together with the more recent experiences of land reform in societies such as the ‘Asian Tigers’ has provided a model for some South African policy makers.

But South Africa differs from the latter examples in that conquest, land dispossession, taxation and other pressures set in motion the tragic destruction of black small holder production in the 20th century.

Instead it was a pervasive and increasingly coercive system of migrant labour that left the most indelible mark on most African rural communities and fundamentally restructured their economic and social systems.

These pressures ensured that the development of black farming was stunted.

The former homelands, in which land is very largely held by African people, represented about 14-15 percent of the land (17-18 million ha) in 1994.

This is not the worst land in South Africa; much is in the higher rainfall areas in the eastern half of the country.

There is considerable debate around how much land has been transferred to black people in the democratic era but we estimate that if private land transfers are included there is now around 26-27 percent (25 million ha) in black hands with additional redistributed land owned by the state.

However, if you travel through the former homelands, it is striking how little land is being used for arable agriculture.

Approximately 80 percent of former fields are no longer used, amounting to hundreds of thousands of hectares – perhaps close to a million.

This is a huge amount of land, a third of the amount that commercial farmers use for maize.

If farmed with relatively effective inputs, it could potentially produce a great deal more maize, and other crops, leaving sufficient land for grazing as well.

This development could transform the economy of the areas currently occupied by African landholders.

Smallholders are presently producing less than 5 percent of the maize in South Africa; they are probably producing a higher percentage of the vegetables, but even less of many other crops and fruits.

Livestock are still seen as valuable investments and prices for slaughter animals are good.

But even here, meat production does not meet rural demand.

The great bulk of food consumed in the rural areas is purchased.

There are therefore potentially huge opportunities for African growers to market locally in the rural areas and small towns.

It is clear that land shortage is not a key impediment to expanding production.

Other impediments are far more important.

Agricultural technology is a bottleneck. Few have teams of oxen for ploughing, and tractors are expensive to buy, maintain or even hire.

People see smallholder farming as hard work for risky and limited returns; the costs of seed, fertiliser, ploughing and equipment are prohibitive.

Many associate it with poverty and a way of living that no longer accords with their ideas of modern living.

Family labour is less available but the transition to wage labour has not generally been made.

The existing tenure systems make it difficult to accumulate land.

Land acquired through land reform is usually held within Communal Property Associations (CPAs). These have some of the same benefits as communal areas, providing access to land and grazing for a large number of families. But they also lead to the same disadvantages for individual families in that they are managed collectively and often to the benefit of the few.

Although the overall picture of smallholder farming suggests a decline, there are exceptions.

These “pockets of dynamism” suggest where investment and assistance may be most productive.

Some irrigation schemes that were built in the homeland era are thriving but many are not effectively managed and offer scope for intensification.

Joint ventures or partnerships with the private sector have been an important innovation.

These are now very diverse. In sugar, forestry and wool for example, there may now be around 50 000 smaller black farmers who connect with major companies both for production and marketing and this is probably the fastest growing area of smallholder production.

Land restitution is resulting in a variety of leasebacks where successful claimants gain ownership of the land but lease it back to established or new commercial operators.

Our research suggests that there is great scope for innovative thinking and projects on the land already occupied by black smallholders in the former homeland areas or on recently transferred land.

This may now constitute around 25 percent of agricultural land much of it in areas with over 500mm rainfall.

It is essential that the current landholders receive upgraded, secure tenure in these areas.

Unlocking the productive potential of these areas should be a policy priority and would generate considerable, widely distributed income, as well as provide the basis for other businesses.

Successful redistribution that facilitates production will require far more support than has been provided so far.

The state does not at present have the resources to provide adequate extension services and agricultural education for those who hold land.

It is vital that private sector resources are mobilised as well.

The issue is not so much the area of land involved but the capital, inputs and skills to bring it into production and to enhance rural livelihoods rather than spread rural poverty.

A fast track process to land redistribution in which land allocation runs ahead of support structures and infrastructure (including basic services such as schools and clinics) is likely to be a dismal failure.

The damage will be even greater if the manner of implementation undermines confidence and productivity in the commercial farming sector which will for the foreseeable future remain fundamental to food security and economic growth.

Large numbers of people have and will continue to move to the cities. The government should prioritise provision of residential sites and housing in secure forms of private tenure.

In peri-urban areas and in smaller towns, some of which still have a good deal of municipally owned land, there is scope for larger plots that allow for urban gardens.

In the context of a rapidly urbanising society the overall assessment of the progress of land reform should include urban land and the expansion of property ownership in its criteria and should not be restricted to rural land.

Based on our recent contribution to CDE’s VIEWPOINTS series, Smallholders and land reform: A realistic perspective.

• Beinart and Delius are Emeritus Professors at Oxford and Wits Universities respectively.