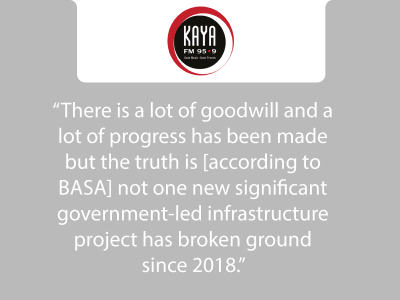 CDE’s Ann Bernstein spoke to Gugu Mfuphi on Kaya FM’s Kaya Biz about the South African President’s infrastructure programme, particularly, the promises made and the failure to implement. “There doesn’t seem to be a sense of urgency to change the regulations [by Government] to facilitate public-private partnerships,” she said.

This media interview is based on CDE’s latest publication titled: “Accelerating South Africa’s infrastructure programme. What is holding us back?”