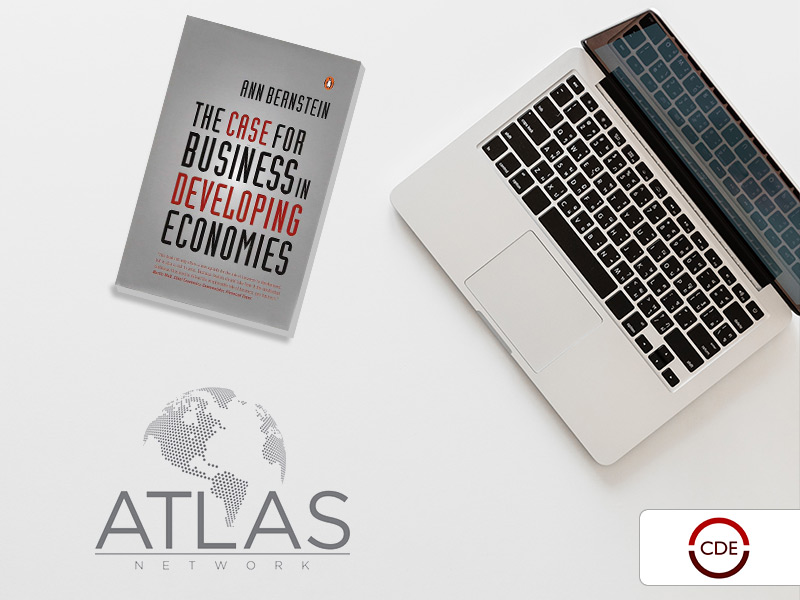 Ann Bernstein, executive director of the Centre for Development and Enterprise, South Africa (CDE), has won the 2012 Sir Antony Fisher International Memorial Award for her book The Case for Business in Developing Economies.

Conferred by the Atlas Economic Research Foundation of Washington, DC, the award recognises the publication that ‘best improves the public understanding of the free society’.

According to the Atlas Foundation, Bernstein’s Â book offers a ‘penetrating analysis of the role of business in supporting development by an authentic voice from the developing world’.
Bernstein will travel to the United States in April to receive the award, and address the Fisher Memorial Awards Dinner. The $10 000 prize will go to the Centre for Development and Enterprise.

The Foundation supports a network of more than 400think tanks in 84 different countries.

More about the book
In her book, Bernstein argues that business is increasingly being called upon to demonstrate “what more” it does for society in a climate in which companies are frequently painted as social outlaws. This ill-founded attack has been met, for the most part, by appeasement in corporate circles.

The result has been a conversation about business and society which is dominated by activists and interests in mainly western countries who do not grasp the realities of poverty and the hard choices of development outside the industrialised world.

Drawing on her own work in South Africa, and evidence from developing countries around the world, the book demonstrates that business transforms the lives of workers, families and communities in developing countries, and aids broader processes of modernisation as well as democratisation.

Bernstein argues that instead of appeasing their critics, business should stop apologising and develop its own public agenda that promotes the benefits of competitive capitalism, especially for the less developed countries of the world. And that the debate about business and its contribution to the ‘good society’ should be informed by voices from the developing world.

Praise for the book elsewhere
The book has received considerable attention, both in South Africa and internationally.
According to Martin Wolf, chief economics commentator of the Financial Times, it ‘offers a new agenda for the role of business in development, and a call to arms. Business leaders should take from it the intellectual confidence they need to defend the irreplaceable role of business, qua business.’
According to Adrian Wooldridge, management editor and Schumpeter columnist, The Economist, ‘ One of the best books on business and development in recent years.’
Bernstein has addressed audiences on the book locally and internationally: Â including the US Chamber of Commerce, the National Endowment for Democracy, the Council on Foreign Relations and the Cato Institute in Washington DC; the Manhattan Institute in New York; and Harvard Business School in Boston; Â the Overseas Development Institute, the Royal Institute of International Affairs and the Royal Africa Society in London; and the Henry Jackson Society in the British parliament.

More about the Atlas Economic Research Foundation
The Atlas Economic Research Foundation is a non-profit organisation connecting and promoting a global network of more than 400 organisations in more than 80 countries.
Its founder, the late Sir Antony Fisher, also founded the Institute of Economic Affairs in London, and helped to establish the Fraser Institute in Canada.Â Fisher conceived of Atlas as a means of institutionalising his work and replicating independent think tanks all over the world.
The annual Fisher Memorial Award recognises the institute which produced a book or other publication that made the greatest contribution to public understanding of the free society. A distinguished panel of judges selects the winner from nominated publications that are no more than two years old. The winning institute receives a $10 000 prize.

Bernstein has published extensively on business, democracy, development and policy-making, and is a frequent public speaker in South Africa and abroad.
She has served on the boards of the Development Bank of Southern Africa, the Urban Foundation and the Institute for Multi-party Democracy. In 2006 she was selected for a visiting fellowship at the National Endowment for Democracy in Washington, DC. She is currently on the Brenthurst Foundation board, and was an invited faculty member at the World Economic Forum in Davos in 2008 and 2009.

Publisher
The Case for Business in Developing Economies is published by Penguin Books SA. A hard cover version appeared in 2010, and a paperback version late in 2011. It is available from Exclusive Books, the CNA, and other leading South African bookshops, and can be ordered from amazon.com and kalahari.net.