Opening the doors to job seekers 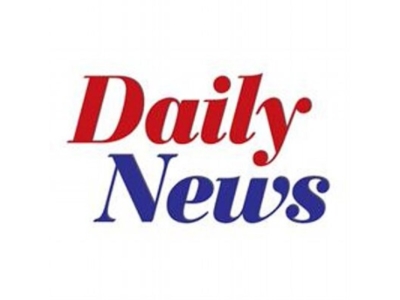 In a time of national uncertainty over the transition from one set of political leaders to another, it is important not to lose focus on the main challenges that face our society – irrespective of who leads the governing party. Foremost among these challenges is South Africa’s staggeringly high rate of unemployment – especially among young people.

The ANC government has pledged to halve unemployment between 2004 and 2014. Whether this pledge becomes a garland or a millstone round its neck is of utmost importance to South Africa’s political future.

The prognosis at this point is grim: youth unemployment is extensive and dangerously entrenched.

The official unemployment rate for people between the ages of 15 and 24 is almost 24% higher than the rate for the population as a whole. In almost every year of this decade more than half of the young people who were actively looking for work could not find employment. In addition, more of them have been discouraged from seeking work than in any other age group.

In 2005, there were 2,6 million job seekers between the ages of 15 and 24 who were without work. Johannesburg is the motor of economic growth in South Africa, yet 56% of men in the 15-24 age group there and 65% of young women in the same age group were unemployed in 2005. For young women in Polokwane the figure was a devastating 80%.

Both government and business recognise that youth unemployment menaces our economic well-being and social fabric. This concern has been translated into literally hundreds of schemes to create jobs, preparing young people for the labour market and supporting aspirant entrepreneurs.

How effective are these responses to the country’s primary policy challenge?

CDE’s research confirmed that much energy and significant resources were being invested by well-intentioned public and private actors on numerous initiatives. Unfortunately, the vast majority of these are not designed to go to scale, do not record crucial information and fail to use common criteria and definitions – of a “job” for instance.

They often result in large sums of money being spent on very few jobs. With rare exceptions, most projects are not evaluated independently.

The biggest problem with the existing programmes is that they do not assess how cost effective their interventions are. Only a small minority of them are assessed in any way and even fewer by independent evaluators. Only nine out of 92 respondents provided figures on how much it cost them to create a job. The figures that these nine provided revealed the worrying fact that the average cost of creating a job was R39 000 in 2006, but the data did not reveal the nature and duration of each “job”, often preferring the vague and elastic term “job opportunity”. In addition, there was no available information about what happens to participants in these schemes afterwards and whether their prospects in the job market improve.

No-one should deny the value of even short-term interventions on individual lives and an improvement in the way these programmes are being administered would be helpful. But subsidised articially created jobs are not a realistic or sustainable way to tackle South Africa’s enormous youth unemployment challenge.

The energy, commitment and resources that are spread across the hundreds of fragmented interventions which CDE surveyed need to be harnessed to turn around these unfavourable conditions and make a dent on these brutal figures at the kind of scale the enormity of the challenge requires.

To make the essential difference, we have to tackle the problem of unemployment at its roots.

The facts bear repeating: 2,6 million young people who would like a job cannot find one and the majority of them have never had one. There are two answers to this challenge. The first is that we have to put the economy on a growth path – as quickly as possible – that creates jobs for the mainly unskilled young people we have now; the growth we have been experiencing has mainly been creating jobs for more skilled people. This requires significant changes.

Secondly, in the longer term we have to radically improve the quality of schooling and training available to the vast majority of young people; and dramatically improve the environment for doing business and encourage investment so as to ensure higher and more inclusive growth. In both cases we have to remove the barriers that make it difficult for employers to take on new young labour market entrants.

The challenge facing the country requires all of us – government, business, political parties and citizens – to start with an honest appraisal of the important choices presented to society by the reality and politics of unemployment.

This will involve recognition of three things. First, the current rules of the game have been shaped by choices that effectively stack the odds against young job seekers. Second, we need to recognize that alternatives are possible and require adroit political management to move the policy debate.

Third, we should accept that addressing unemployment at scale and in a sustainable way would require that the policy debate is much more inclusive with respect to who participates (unemployed people need a voice to match that of organised labour) as well as what policy options are put up for discussion. Hitherto it has been assumed that certain policy choices are out of the question, mainly because they would be uncomfortable for elements within the alliance.

If we said that youth unemployment was a policy priority which should trump other considerations, we would then open up the discussion to a much wider range of solutions.

The “new” ANC will inherit the present government’s target of halving unemployment and will feel immediate pressure to do so. They will have to deliver within a far less favourable outlook for global growth. Doing so will require it to rethink current strategy and develop a position that favours economically viable employment for millions of young people.

Public speculation has centered on the possibilities of change to macro-economic policy after the election in 2009.

We need to look beyond macro-economic policy to the rate at which jobs and businesses are created; the education system must be reformed to produce young people who are employable. Most importantly, we must look at ways to reduce the barriers and costs to employers of hiring young people with low levels of education and no job experience.

Our current set of choices severely disadvantages young South Africans. It is time to look at other options to encourage employers to bring young people into the world of work in massive, affordable and sustainable numbers. This choice requires a vote for high levels of growth, much more flexible hiring and firing policies, far fewer obstacles to employment and a much better education and training system.