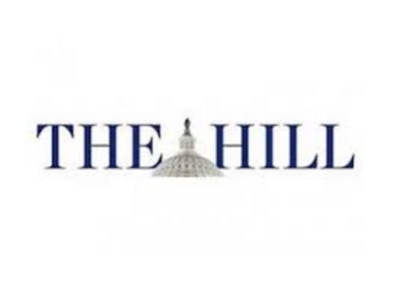 Pressures for change are mounting in India, Brazil and South Africa. These three countries, whose successes are many, must overcome several challenges if they are to continue to show us for various reasons why democracy – rather than more authoritarian systems – should continue to offer the developing world a model for the labour-intensive, inclusive growth required to raise people out of poverty and compete in the world’s markets.

Despite their achievements, India, Brazil and South Africa are countries with a long way to go in moving very large parts of their population out of poverty and reducing inequalities. Their economies are held back by significant obstacles to further growth, inefficiencies and unnecessary high costs; their competitiveness is sliding in a tough global environment. They have voracious, expensive social policies and poverty programmes addressing poverty, unemployment and the aspirations of those whose lives have improved in the past 15 years but whose situation is still precarious.  Increasingly active and urban, lower and middle class citizens are protesting about poor services, high taxes, and corruption in politics, government and crony capitalists.

Democratic leaders can and should harness the energy of protestors for the public good rather than allow it to fester in the streets.

Bold, multi-faceted reform packages are needed in all three countries. But ultimately, the central question facing policy-makers in India, Brazil and South Africa is not whether reforms can be identified, but whether they can be carried out. We believe democracy can prove an advantage in implementing this second wave of vital reforms in all three countries.

Firstly, real change will require new political coalitions. In each country, vested interests or ‘distributional coalitions’ preserve the status quo. Reformers will need to reach new constituencies that will benefit from higher growth, better education and more efficient poverty programmes by making creative use of communications.

Secondly, reformers must learn to ‘sell’ the benefits of high economic growth to the majority of voters. Capitalism rarely sells itself.  Ironically, companies that can successfully market almost anything are often not very good at communicating the benefits of what they do to the rest of society. They are especially bad at advertising the advantages of competitive markets and high economic growth for the poor. Politicians can and should step in, and openly argue that higher economic growth, sustained over time, will not just create a few rich people, but can move the majority of people from the margins of existence to a job, a house, literacy, and basic services.

The revenues from growth can help build a nation state, an effective bureaucracy and many other institutions, as well as pay for education, healthcare, old age pensions and poverty alleviation schemes.

Improved state capacity is essential for higher growth and inclusion and in all three countries this will require more attention to building a professional, honest and market-supporting civil service.

Thirdly, perceptions are important and actions must match rhetoric. Reformers should use democratic institutions to argue for reform, but they should recognise that these institutions need strengthening as well.

Too often, reformers fail because they avoid the contested and difficult issues. Stuck in the politics of the moment, they cannot envision the politics of the future: how coalitions are shifting, how future support for change might be built from the bottom up. This is the great strength of democracy. All three countries have flexible political systems that provide them with the ability to renew themselves, deal with challenges, learn from their mistakes, opening the way to better policymaking in future.

We are convinced that democracies – withthe support of global policymakers who want to entrench personal freedoms, accountability, innovation and poverty eradication – can take bold decisions in the national interest that change the terms of debate, reshape politics and the trajectory of a society.