Math teaching in SA adds up to multiplying class divisions 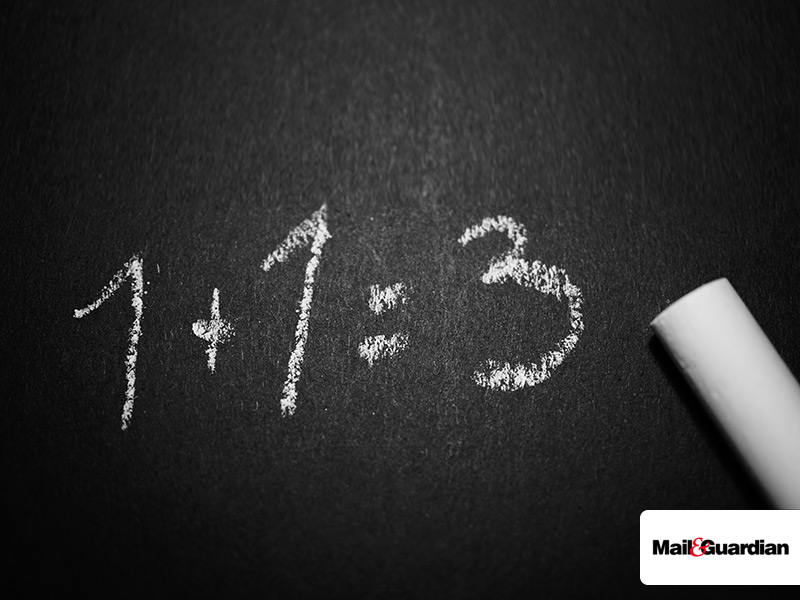 The teaching of mathematics in South African schools is among the worst in the world. In 2011, the Trends in International Mathematics and Science Study (Timss) showed that South African learners have the lowest performance among all 21 middle-income countries that participated in the study. A recent Centre for Development and Enterprise (CDE) report further underlined the issue in its finding of rapid increases in enrolments in private extra mathematics classes, which was partly in response to poor teaching in public schools.

Such supplementary efforts fail to address the wider deficiencies in mathematics education. Vast improvements in this area of the public schooling system are vital to South Africa’s future socioeconomic prospects — for the learners as well as the development of the country.

In this article, we summarise two specially commissioned CDE reports. They are independent studies of the state of schooling in South Africa as of early 2013 by university-based experts Nicholas Spaull and Charles Simkins. With access to separate but corroborating data, the two academics arrive at much the same ­disconcerting conclusions.

Mounting indicators on school performance and teaching reveal largely unacknowledged poor teaching of mathematics in the great majority of schools. Poor teaching competencies and, by extension, learner results will not be quickly remedied.

Yet mathematics is a key requirement not only for entry into higher education, but also for most modern, knowledge-intensive work. South Africa’s development as a knowledge economy depends partly on improving the teaching of mathematics and numeracy.

Furthermore, South Africa’s extremely high youth unemployment, now at 50%, is closely linked to the quality of schooling — numeracy and mathematics competency in particular.

To appreciate the scale of mathematics schooling deficiencies and the challenges that lie ahead, it is best first to put learners’ and teachers’ competencies into an international context.

International context
International studies often show that South Africa has the worst educational outcomes of all middle-income countries that participate in cross-national assessments of educational achievement, especially in mathematics. We also do worse than many low-income African countries.

Timss, an international standardised test for mathematics and ­science, is intended for grade eight. However, in South Africa it was decided that the tests were too difficult for our grade eight learners, so in 2011 only grade nine learners wrote the test.

Of 42 countries, only Botswana and Honduras also tested grade nine rather than grade eight learners. Average mathematics competencies for South African grade nines on the standardised test were closest to those of Honduras and Morocco, but only just over half as good (in terms of absolute scores) as Russia.

When dividing South African schools into different sectors, the independent schools’ grade nine learners did much better than the average, but were still just under 90% of the average Russian grade eight mathematics achievement —although there are questions about the sample used for South African independent or private schools, which likely hide the good performances of the better of them.

The government has begun to accept that there is a crisis in education that requires urgent intervention. Yet its extent and depth is often underestimated in favour of reports of “progress” (see for example the August 2013 Development Indicators 2012 report of the presidency).

One of the most important factors limiting the quality of mathematics education is the poor quality of our teachers, and numeracy and mathematics teaching in particular, especially at lower grade levels. However, when looking at inequalities in South Africa, there is significant disparity. Although South African mathematics teachers in quintile five (the richest areas) schools can nearly compete with the average Kenyan mathematics teacher, the bottom three quintiles (nearly two-thirds of the population — probably reflective of the average rural area and small towns and most townships) do slightly worse than Lesotho and Zambia.

Unlike South Africa, Lesotho and Zambia are lower-income economies, and are far from South Africa’s level of economic modernisation. Most of the countries with similar results to South Africa have a much lower per capita spending on schooling.

Countries performing much better than South Africa, such as Tanzania, Uganda and Zimbabwe, have per capita gross domestic products that are only a small fraction of South Africa’s and, interestingly, also have a high proportion of their learners attending low-fee private schools.

In data collected in 2007, the majority of grade six teachers in South Africa could not answer a question that their learners ought to be able to answer based on the grade six curriculum. Obviously it is almost impossible to teach what you do not know. The accumulated learning deficits seem to reach a decisive point after grade nine, when there are high dropout rates from South African schools.

Although there are questions about the reliability of the annual national assessments for grade nine mathematics, for now we can observe that less than 5% of learners achieved 40% or more in mathematics. Leaving aside the precision of these assessments, even if the situation is only half as bad as they reflect, it can be seen that mathematics teachers in grades 10, 11 and 12, in the run-up to the national senior certificate (matric), are expected to make up for large deficits.

Thus, it is not surprising that there are huge learner dropout rates in grade 10, with fewer learners making it through to the matric examinations over time. This partly accounts for the slight improvements in the matric maths pass rate in recent years: weaker potential candidates are pushed out of the system before taking the exam.

The emphasis on matric also leads to a misperception about where to target interventions in the system. The department of basic education as well as many nongovernmental organisations and private sector interventions have tended to focus on the secondary school level, especially on matric outcomes. Yet much evidence shows that the best way to raise achievement is to focus on the primary school level. The learning deficits children acquire early on hinder their ability to learn in later years. As time goes on, children fall further and further behind, until catching up is almost impossible.

How does one make up such deficits? Teacher competency is an issue. There is also a major problem with teacher complacency, and this is linked to the ways in which many teachers are appointed — often not on merit. One aspect of this lack of attention to merit is how teachers evaluate themselves. Spaull observes: “In the recent Timss 2011, 89% of South African grade nine teachers felt ‘very confident’ in teaching mathematics.” This is in stark contrast with teachers in Finland (69% very confident), Singapore (59%) and Japan (36%) — the best performing countries.

This perception indicates that, in reforming mathematics teaching, we are likely to encounter resistance from teachers. Why should they want to improve and undertake retraining, for example, if they believe they are already doing a good job? Remedial interventions will have to bear this attitudinal challenge in mind.

Based on this evidence, the CDE has developed four points that must be borne in mind in addressing South Africa’s numeracy and mathematics schooling challenge.

New roles for business and markets
Government has important challenges in maths schooling and reform in the public sector is vitally important — especially performance management, without which it is hard to see significant improvements on scale.

But what is the role of business? It is important for business to examine corporate social investment interventions and priorities in the light of this daunting ­evidence of system dysfunction. What does it mean for privately funded interventions?

Inevitably there will be debates on appropriate roles, and whether, for example, corporate social investment has ventured too far into what should be the government’s responsibilities.

There are big questions on the table. Are its efforts merely “band-aids” on a dysfunctional system or genuine reform? Would a new strategic approach bear greater fruit?

But, aside from corporate social investment, what is the role of entrepreneurs, markets and companies?

To some extent this question has already been answered in practice at a micro-scale by entrepreneurs and some companies actively involved in the schooling sector — for example, through the further growth of ­private schooling in poorer communities, through privately run distance learning, and the rapid rise of private extra maths lessons.

However, at a macro-level business as a whole has an interest in promoting alternative, market-driven ­models of schooling on a wider scale.

In a context of extreme system malfunction of the public sector, the growth of the private sector in schooling for poorer South Africans will have beneficial consequences.

The growth of a sector of schooling in the country with greater accountability, with the freedom to experiment with new approaches to affordability and quality, should be encouraged and promoted.

Quality is of course a challenge in this growing private-schooling sector as well, and new innovations are ­taking place that deserve support.

In addition, business could start experimenting with new approaches for possible adoption within the public system.

The basic issue here is how a highly centralised, essentially 19th-century model of schooling can engage with and use entrepreneurial actors, services and technology to help to improve outcomes in South Africa’s schooling.

Questions here include: Does every school need a maths teacher? Why not think of groups of schools using a maths teaching company or nongovernmental organisation? How can information technology be adapted to improve quality teaching and learning in South Africa’s schools? Private sector experimentation in collaboration with the public sector is what should be encouraged here.

Looking to market forces, such as introducing best-practice management systems from the private sector or importing digital training technologies both for teachers and learners, and/or importing the world’s best teacher trainers, as recently suggested by South Africa’s deputy president, could be good places to harness market dynamics to help in improving South Africa’s education system.