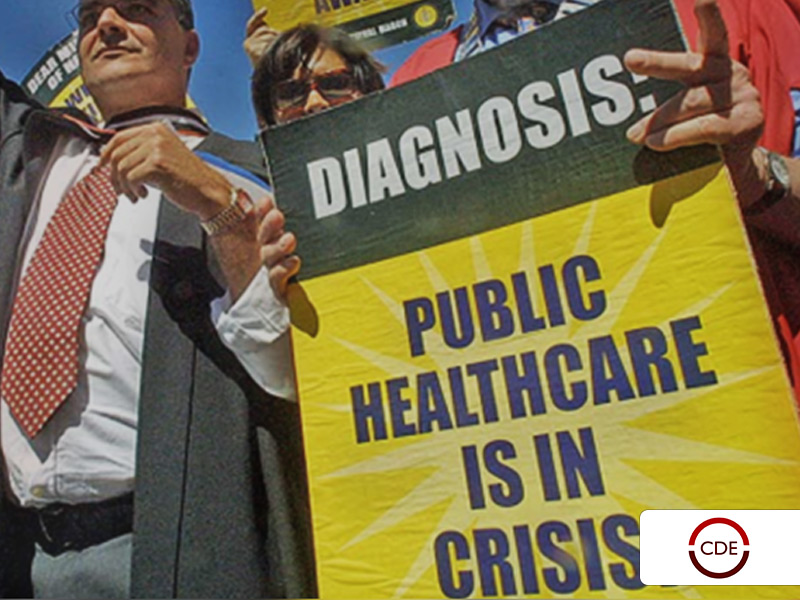 The private sector could play a bigger role in relieving South Africa’s health care crisis, according to a report on health care reform released in Johannesburg. Published by the Centre for Development and Enterprise (CDE), the report entitled “A Nation’s Health in Crisis – International Experience and Public-Private Collaboration”, says the private sector is already playing an important role in health care, including providing care to poorer people.

“Given an appropriate regulatory environment, the private sector’s role could be greatly expanded, enabling the private sector to provide affordable care to many more South Africans,” says Ann Bernstein, executive director of the CDE.

The report is based on a high-level workshop on the South African health sector held in Johannesburg earlier this year. Convened by CDE and the Aurum Institute for Health Research, it brought together local and international experts to discuss the country’s ailing health care system, and options for reform.

According to the report, the workshop has confirmed that the health sector is “in crisis”. National health has deteriorated markedly over the past decade, and the country is ‘heading for the bottom of every table of international health indicators’.

Public health care offers poor value to citizens and is in a “worrying state of decline”, with serious consequences for individuals and the country as a whole.

“There is widespread recognition that South Africa’s health crisis demands collaboration,” adds Bernstein. “What is lacking is a clear and mutually agreed vision of how public and private sectors can work together.”

Discussions have tended to focus on public-private partnerships, which could play a valuable role and should be encouraged. However, allowing market forces to work more freely could be even more beneficial.

For example, if registration was made easier, more private facilities for training nurses and doctors would be created, and, if this was allowed, private medical schools would probably be established.

NHI may not succeed:

Commenting on the government’s plans to introduce a national health insurance scheme, Bernstein notes that NHI may not succeed unless the economy grows more rapidly and more people are formally employed.

“NHI may be a good way of funding health services in the longer term, but high levels of unemployment currently present a major challenge to its affordability,” she says.

This is part of the reason why Colombia – which is wealthier than South Africa, and has higher levels of formal employment – has not achieved its targets for expanding health care.

“Therefore, the way to get to the point where South Africa could definitely afford an NHI is to accelerate economic growth and create formal jobs for millions more people,” says Paul Davis, Chairman of the Aurum Institute for Health.

The report also cautions that NHI on its own would not create efficient and reliable services. Whether health care is funded with general taxes, or via a national insurance scheme, there must be good working services for individuals to access or their insurance schemes to buy.

“The reasons why the public sector does not consistently provide such services, despite the sometimes heroic efforts of many clinical staff, are not related to funding but to inconsistent management and weak accountability,” Bernstein concludes.

This media release is based on the following CDE report, A NATION’S HEALTH IN CRISIS: International experience and public–private collaboration