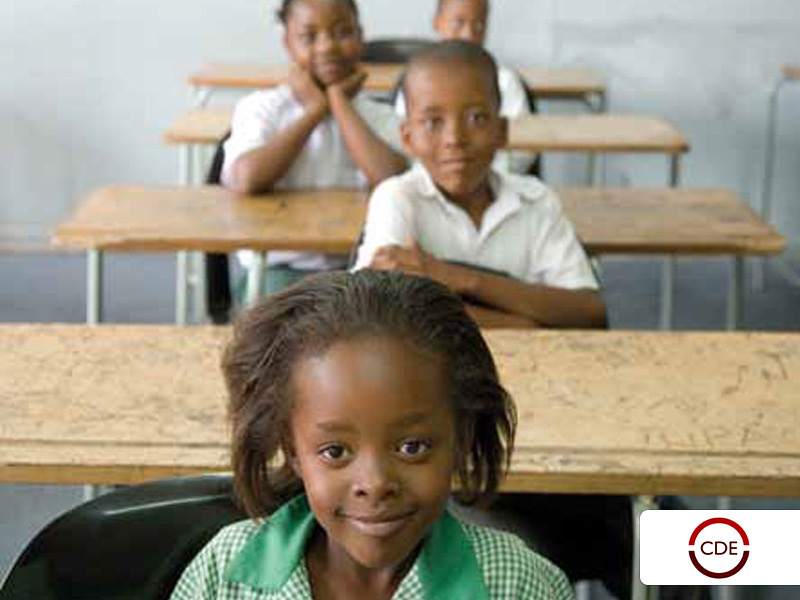 Two years of ‘on-the-ground’ research by the Centre for Development and Enterprise (CDE) has uncovered the remarkable emergence of low-fee private schools in South Africa’s urban, peri-urban and rural areas.

“We were astounded at the number of private schools we uncovered,” said Ann Bernstein, executive director of CDE. “Our study turned into an extraordinary journey of discovery. We visited 91 private schools, many of them more than once. We found schools located in formal buildings, abandoned factories, shopping centres, shacks and high-rise buildings.

“We discovered a chain of private primary schools in the Johannesburg CBD, Soweto and Diepsloot, accommodating thousands of learners.”

Private schooling for the poor is a global phenomenon which is gaining massive momentum in developing societies such as India, Pakistan, Chile, Ghana and Colombia but its emergence in South Africa has been insufficiently recognised.

CDE conducted extensive research to locate all the schools – both public and private – in six areas with high poverty rates.

CDE ‘got its boots dirty’ in three provinces: Braamfontein and Daveyton in Gauteng; Giyani and Malamulele in Limpopo; Butterworth and Cofimvaba / Tsomo in the Eastern Cape. We then supplemented this work with additional research in Bushbuckridge, Mpumalanga.

Research included mapping all the public and private schools in a chosen area, surveying and then visiting the private schools, interviewing principals and teachers, using agreed testing methods on Grade Six learners to assess the quality of education and conducting focus group sessions with the parents of children in three of the survey areas.

In the six areas that CDE surveyed, where on average 50 percent of the population lives in poverty, more than 30 per cent of the schools were private. This is far more than the official national estimate for 2008, of 4.3 per cent. Furthermore, in the period 1994 to 2009 more private schools were established in these areas than public schools, and there are strong indications that private schools are expanding at an accelerating rate.

Classes in public schools were bigger than those in private schools, with a much higher learner-teacher ratio. While the private schools had fewer facilities than public schools, they tended to concentrate on the essentials of teaching that will provide successful pass rates – a measurement which directly attracts more learners;

CDE conducted focus groups to uncover why parents (many of whom were teachers at public schools) have elected to send their children to these private schools.

Most parents explained that they chose schools because they achieve better results; use English as the medium of instruction; and paying school fees made these private schools more accountable to parents.

Low-fee private schools’ local accountability and parental involvement contradicts most strongly the inaccurate reputation that these schools are all ‘fly by night’ institutions run by unscrupulous operators trying to fleece gullible parents. Rather than being dupes, parents are actively involved in setting up these schools and shaping the way they educate their children.

The extent to which paying fees makes private schools accountable to parents raises the question of whether the extension of free schooling should be a policy priority. “Rather than removing the leverage that parents gain from being customers of the school it may be more beneficial to assist struggling families on an individual basis,” adds Bernstein.

CDE’s research indicated that while the quality of these schools did vary, the fact that they are under permanent pressure to attract customers means that they regard performance as a key priority and constantly strive to improve

“If dissatisfied parents had the option of removing their children from public schools and enrolling them in low-fee private schools, it would act as a powerful incentive to principals and teachers in state schools to improve performance or face job losses,” Bernstein argued. Of course, she added this requires that state schools face financial and other penalties when parents vote with their feet by taking their children out.

“Educational policy reforms should aim to create an environment in which quality schooling will expand regardless of whether the providers are public, private or a combination of both,” concluded Bernstein.

The next phase of the CDE’s research will examine international best practice and assess how to create an enabling environment for low-fee private schooling as a vital component of South Africa’s education system.

This article is based on the following report, Hidden Assets: South Africa’s low fee private schools