Land Reform: A place to stay, not a place to farm 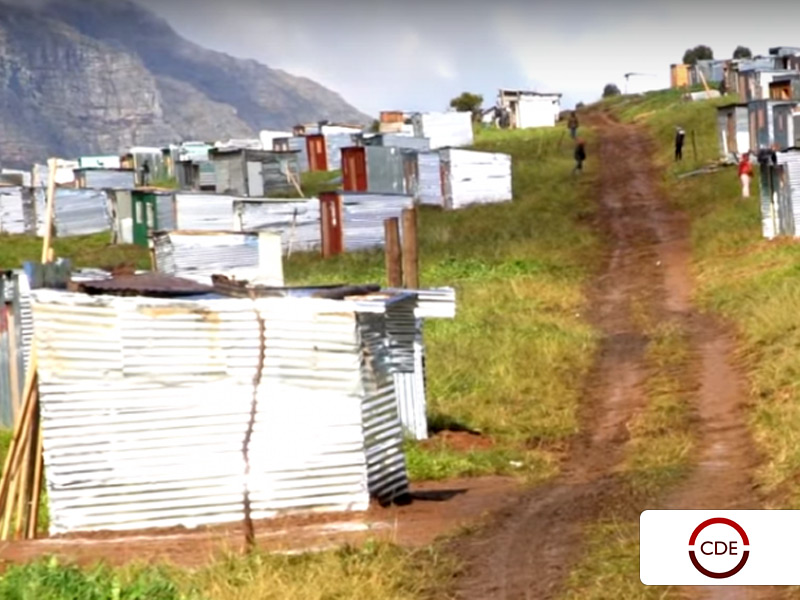 Most black South Africans do not want to farm, but want jobs, houses, and effective services in the urban areas according to a major study by the Centre for Development and Enterprise (CDE) released today in Johannesburg.

“South Africa’s urban areas, rather than its rural areas, should be the main focus of our land reform strategy,” said Executive Director Ann Bernstein. “We have neglected urbanisation and the implications for a land reform strategy for far too long.”

The report, the product of three years of intensive research reviews the first decade of democratic land reform, also argues that the government has little chance of achieving its important land reform goals without maximising the contribution of the private sector and the land market.

According to the study, South Africa’s current land reform model is largely informed by an outmoded vision of the role of agriculture and the rural areas in South African society. This ‘rural romanticism’ reflects the past rather than the future and is driven more by past injustices under colonialism and apartheid than contemporary, rational developmental considerations. As a result, the government’s land reform policy is overloaded with expectations it cannot fulfil.

South Africa is no longer a predominantly rural society. The economic importance of agriculture has declined dramatically, 23 per cent of GDP in 1920, to 3.4 per cent in 2002. Farming can provide a good living for a relatively small number of increasingly skilled people, but in arid, free trading SA it simply cannot be a route out of poverty for millions of people.

Far fewer black people want to farm than is commonly supposed. Most South Africans now see land as a ‘place to stay’ rather than a ‘place to farm’. Well over 60% of South Africans already live in urban areas, rapidly rising towards 70%.

“Since 1994 government has pursued land reform in a reasonable, largely market-oriented manner, firmly rooted in the constitution. It has not received enough credit for this approach,” said Bernstein. “But measured against the political importance of land and government’s ambitious targets, progress has not been impressive.”

Government has committed itself to redistributing 30% of agricultural land to black owners by 2014. So far an area equivalent to 4.3% of commercial farmland has been transferred. The most complicated, rural restitution claims remain to be settled. Many land reform projects have not been successful. There is an almost total lack of provincial capacity for implementation. The budget allocation of less than 1% bears little relationship to increasingly far-reaching targets. In this context the recent draft AgriBEE framework wants to double the redistribution target, pro-posing that 60% of agricultural land should be under black control in 9 years.

The government is struggling to meet its own objectives with respect to land reform. In the process, it is raising expectations it cannot meet. As a result there is growing pressure on government to move away from its constitutional approach and ditch its market-oriented ‘willing buyer, willing seller’ principle on property. The radical alternative proposed is a strategy centred on expropriation of white-owned farms at below market prices.

“The challenge facing the country now is to re-focus and modernise our understanding of land reform,” said Bernstein. “It is no longer 1913. SA is the most urbanised, industrialised country on the continent. Land reform has become predominantly an urban challenge.”

The private sector is making a real contribution to rural land reform, and could do more. Among other things, the private land market has redistributed land from whites to blacks over the past decade no one has quantified this adequately but available research indicates that the amounts involved could be considerable. Agribusinesses and cooperatives have become increasingly involved in land and agricultural reform, achieving meaningful results.

The reports calls for the formation of a high level private sector task team to liaise with policy makers, and help maximise the contribution of the private sector to land reform.

Bernstein concluded that their research findings lead the CDE to challenge leaders in the private sector (not just agribusiness) to get involved in this critically important national issue. The government is right to adopt a market oriented constitutional approach to land reform. For this to work effectively, government needs to refocus its land reform policy, in accordance with urban and urbanizing realities and build on SA’s powerful land market and robust private sector capacities.

South Africa has the ability and the means to tackle the complex set of issues involving land. The price of failure would be high. The benefits of success would stretch across the country. Success would further racial reconciliation, and establish public-private partnerships as the delivery mechanism of choice. It would create local and international confidence in South Africa’s future as a modern, pragmatic, and visionary developing country.