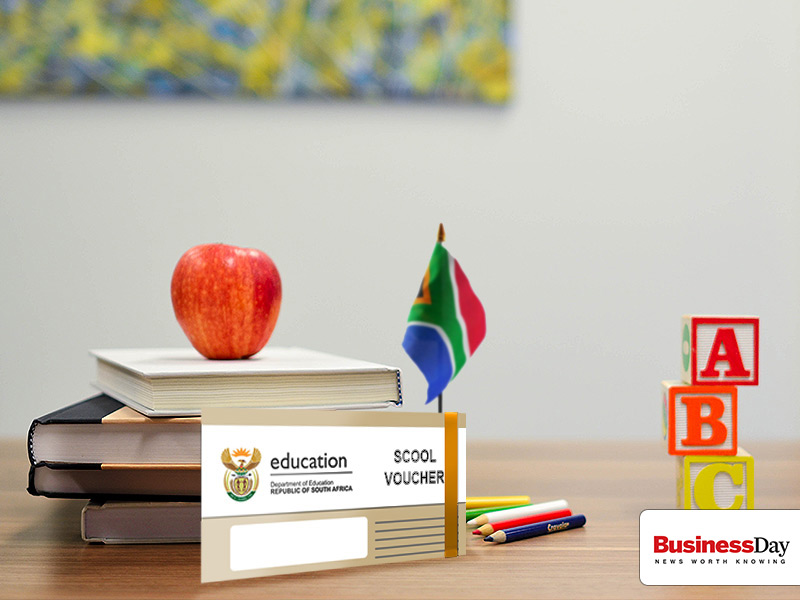 Most South African schools are failing. According to recently released ofﬁcial statistics, the average reading and writing score in Grade 3 is 39 per cent. The average maths score is 30 per cent. And close to 60 per cent of pupils are reported to drop out before matric. Yet South Africa spends a higher percentage of its gdp on education than any other middle-income developing country.

There is no silver bullet that can transform our schools into effective institutions. But it is clear that a ‘more of the same’ approach is unlikely to work. We have to stop throwing money at the problem, stop expanding the education bureaucracy, stop piling ever more regulations on schools. Instead, we should be searching the world for fresh ideas. One of the most promising of these ideas is school vouchers – coupons that can only be used to pay school fees. In 2000, over 60 000 poor, mostly black American children received vouchers from the government or from private donors that enabled them to attend the school of their choice instead of the local public school. Poor parents were for the ﬁrst time given the same choices that most better-off people take for granted: the right to choose the school their children attend.

The results of these experiments have been promising. The performance of voucher-funded pupils in the test used to determine university admissions was well above average for all African-Americans. The average improvement in academic performance experienced by voucher-funded children ranges between 3-6 per cent over two years. In other words, ﬁve years of voucher-funded education could improve someone’s marks from just scraping a pass to earning a B average, or from failing badly to passing comfortably.

Opponents of vouchers argue that they succeed by ‘creaming off’ the best pupils in an area. Research shows this is simply false.

Voucher-funded schools (which are usually modest religious establishments, not expensive, prestigious private schools) are more effective than most government schools because they are free from large and unwieldy education bureaucracies. Teachers at America’s voucher schools express much higher levels of job satisfaction than government school teachers despite signiﬁcantly lower salaries.

Schools that accept vouchers attract parents who make the effort to learn about educational alternatives and apply for vouchers. Such people – however poor they may be – are far more likely to contribute in other ways to their children’s educational success than those who wait passively for their children to enter the nearest government school.

Probably the most important reason why voucher-funded schools outperform ordinary state schools is that they are organized around shared values. Research on the private voucher program in New York City reveals that voucher schools live by explicitly stated social and educational values, usually with a strong religious component. These schools are organizations dedicated to producing graduates who are ready for higher education, productive work, effective citizenship.

Voucher programs work because they provide poor families with access to schools that their students can believe in, where they are taught and inﬂuenced by adults who are truly engaged, and where they are more likely to receive a high-quality education.

Given that they are often from disadvantaged backgrounds, African-American students are in particular need of such schools, which is why there is such a strong demand on the part of their parents for vouchers. In 2000, the idea of voucher programmes was supported by three-quarters of black parents in the United States. The privately funded Children’s Scholarship Fund received 1.25 million applications for 40,000 vouchers to attend private schools in 1999.

The beneﬁts of vouchers extend beyond their direct recipients by creating increased competition between schools. As in other areas, increased competition improves quality throughout the market. Government school districts in the state of Arizona losing pupils to voucher-funded schools have begun to ask parents why they are using vouchers to remove their children, and started to improve the educational service they provide. In Florida, even the ‘threat’ of a state-funded voucher programme being introduced led to dramatic improvements in 78 failing schools.

There are, of course, major differences between the educational challenges in the United States and those that confront us. But there are also striking similarities. In both countries, the middle class -black and white -now chooses the best school they can for their children. In both countries, many (if not most) poor black children have no choice but to attend low-quality schools.

In the United States, local and state governments, companies and charities are ﬁnding that voucher programs are effective in improving the education of students. And voucher programs add more value than traditional scholarship schemes because they help to improve the education system overall by creating more competition and more public pressure for quality public schooling.

South Africa should start an experiment with school vouchers. Is Johannesburg ready to provide poor children stuck in failing schools with the opportunity to go to the same good schools that middle class pupils already attend?

Johannesburg companies have a long tradition of generous, imaginative corporate social responsibility spending. Is there a company which would like to enhance the value of its education spend by creating a private voucher programme instead of a traditional scholarship scheme? In so doing they would not only help the individuals who receive vouchers to attend a good school but increase the pressure for change in failing schools and the system as a whole.

What about a partnership between Johannesburg, a large company and an innovative foundation? A school voucher initiative would provide a much-needed boost to our struggling school system. Will anyone take up our challenge?