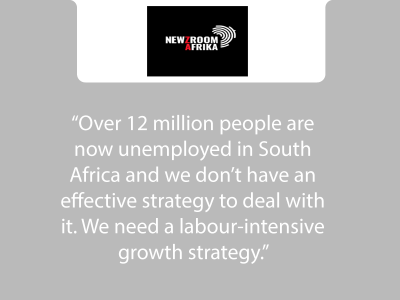 Speaking to Newzroom Afrika’s Dudu Ramela, CDE’s Ann Bernstein commented on South Africa’s unemployment rate and the Government’s failure to deal with xenophobia. She said, “We need a growth strategy that is labour intensive and we don’t have that.” Furthermore, she said that South Africa has people entering the country illegally, however, citizens should not pose as the authority to tell other people in the country what to do. “This highlights the failure of the police,” she added.