Fortress SA is hardly a wise way to discourage aliens 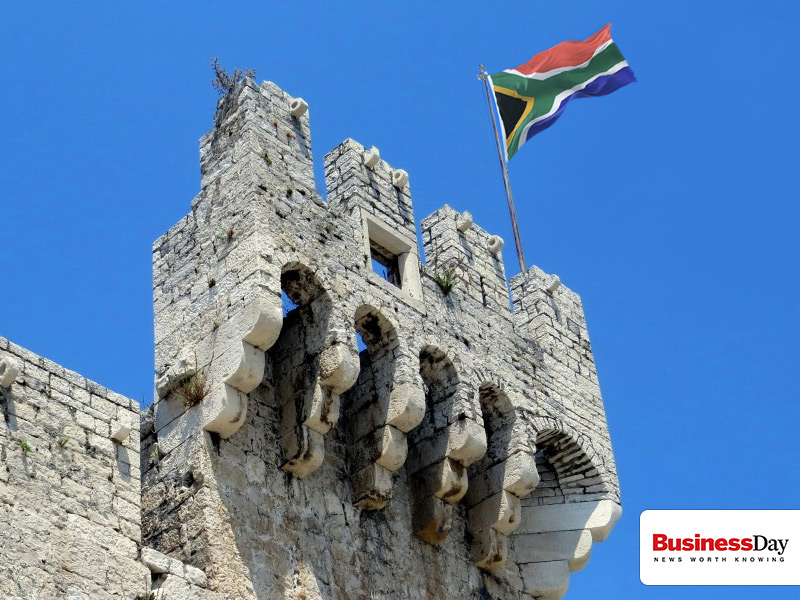 It seems logical to argue that South Africa must act strongly to curb migration into the country. After all, ‘charity must begin at home’ and we have millions of our own citizens desperate for jobs, housing, schooling, and other services.

And yet the assessment of the Centre for Development and Enterprise (CDE) of the realities of the migration process: the implementation capacity of the state; the nature of the South African economy;

and extensive local and international research ‑ all indicate that this ‘get tough’ approach on migration will not work and government will be seen to be failing to exercise its legitimate authority.

The ‘get tough’ argument ‑ or ‘fortress South Africa’ ‑ is based on many assumptions shown by the research to be false. A few examples:

CDE suggests that a country which cannot even measure its underground economy, control tax evasion, collect rates and service charges from residents who live at listed addresses, enforce TV licence requirements, collect parking tickets or register voters without duplications and omissions will not be able to implement tougher measures. Former deputy home affairs minister Penuel Maduna has highlighted the country’s limited resources: ‘… England, as an island has a total of in excess of 5 000 immigration offices, while SA with its vast borders, has fewer than 1 000 officers to fulfil the same task. The allocated funds for 1996/97 unfortunately do not allow the enlargement of the department’s establishment in regard to immigration officers. The service supply cannot be rendered at the required level.’

There is only flimsy empirical data on the overall impact migrants have on the social, political and economic life of South Africa. Yet proponents of Fortress South Africa make only negative assumptions about all these issues. International research points in a different direction.

For example, the Organisation for Economic Co‑operation and Development found in 1992 that ‘the methodological arsenal of modem econometrics cannot find a single shred of evidence that immigrants have a major adverse impact on the earnings and job opportunities of natives of the United States’.

Many people suggest curbing migration to South Africa through increased aid to uplift economies of neighbouring states. Again this sounds plausible, and yet evidence suggests otherwise.

The 1992 United States Commission for the Study of International Migration and Co­operative Economic Development put it this way:

‘While job‑creating economic growth is the ultimate solution to reducing these migratory pressures, the economic development process itself tends in the short to medium term to stimulate migration by raising expectations and enhancing people’s ability to migrate.’

The truth is that developments like the Maputo corridor are more than likely to increase the flow of migrants to South Africa for the foreseeable future.

Deputy President Thabo Mbeki says that deporting illegals is a waste of resources. Home Affairs Minister Mangosuthu Buthelezi talks of increasing resources and policing in order to deport and keep illegals out. The defence minister speculates on the possibility of switching on the electrified border fence. The ministers of finance, trade and industry travel the region and the world arguing for greater trade and investment, contacts and tourism with South Africa ‑ all of which will increase the migration pressures.

Current policy assumes that any job occupied by a non‑South African means one less job for a South African; and yet the macroeconomic strategy (and we might add the global economy) is based on an expanding view of jobs and opportunities, not this zero‑sum approach.

No migration policy will work perfectly ‑ there will always be ways in which people can slip through the system. However, it is essential for citizens of a country to believe that government is regaining control of the migration process.

This requires a decisive choice about migration and leadership from politicians.

The Centre for Development and Enterprise’s analysis and orientation is clear. We are in favour of migration as a phenomenon ‑ many migrants are the risk‑takers of their communities, people with the drive and need to work hard.

This philosophy should apply to rural‑urban migration within South Africa and to migration across our borders. South Afrcia will not become a successful world competitor as a closed protectionist, narrow society. Diversity, openness and the opportunity to maximise the energy and unforeseen talent of people are required to build a great society and encourage entrepreneurial growth.

This does not mean an open invitation should be issued to everyone in Africa to migrate to the southem tip.

States have a right to secure their borders and keep out undesirables ‑ criminals, vagrants ‑ drug traffickers, gun‑runners, cross‑border cattle rustlers, and so on ‑and to do this effectively.

A clear distinction needs to be made between crime control and migration issues. Strict and tough crime control measures should not be used, mistakenly, as tools of migration control.

CDE’s proposals address the central challenge of migrants seeking medium to long‑term work and residence in South Africa. We advocate a two‑tiered approach to migration policy ‑ for skilled and unskilled migrants.

With respect to skilled migration, CDE advocates the immediate lifting of all restrictions on skilled people from anywhere in the world moving to South Africa. The country’s focus on illegal, generally unskilled migrants has drawn attention away from the real crisis issue ‑ the enormous and growing shortage of managerial and other skills which undermine prospects for sustained economic growth.

The definition of “skilled persons” should be expanded to include not only the traditional, professional, technical, managerial and investor categories but also entrepreneurs of all kinds who have some demonstrated skills in the creation and management of either formal or informal enterprises.

CDE proposes that unskilled migrants should be accepted only from the Southern African Development Community (SADC) countries and, in order to remain in South Africa, must demonstrate that they are able to become self‑supporting, tax­paying, law‑abiding residents. While our proposals are generous, they facilitate control since they provide incentives for people to register with the authorities and “play by the rules”

The CDE approach gives any unskilled migrant from a SADC country six months to prove that they can find or make work to support themselves on condition they provide an address in South Africa. At the end of this period those who succeed in finding or making work must serve a further two‑year probationary period. At the conclusion of the probation migrants are rewarded with permanent work and residence rights and only then access to more than minimal health services.

Access to on‑off lump sum subsidies (housing, land, infrastructure) should be restricted to migrants who fully commit to SA by acquiring citizenship ‑ accessible only after an additional three‑year period of successful work and law-­abiding residence.

CDE’s approach has two significant advantages: it offers positive incentives for migrants to follow legal channels and operate within the laws of the land; and the system of control within the country can focus mainly on individuals with names and addresses rather than a mass of nameless, faceless “illegals” whose existence and scale can only be guessed at.

Under the proposed system it will be easier to track down defaulters who fail to report back as required ‑ a very different approach from unacceptable mass “pass raids”.

Does South Africa have the administrative capacity to implement even CDE’s modest approach to migration policy?

An upgrading of information systems and monitoring procedures is necessary, but the scope of the problem will be hugely reduced.

The proposed policy builds on international experience as well as on South Africa’s own experience. We believe it is in the country’s best interest, and that it is a policy which South Africa has the capacity to implement.

A policy like this is probably the governments only chance of regaining control of the migration process.