Fight poverty by developing the cities 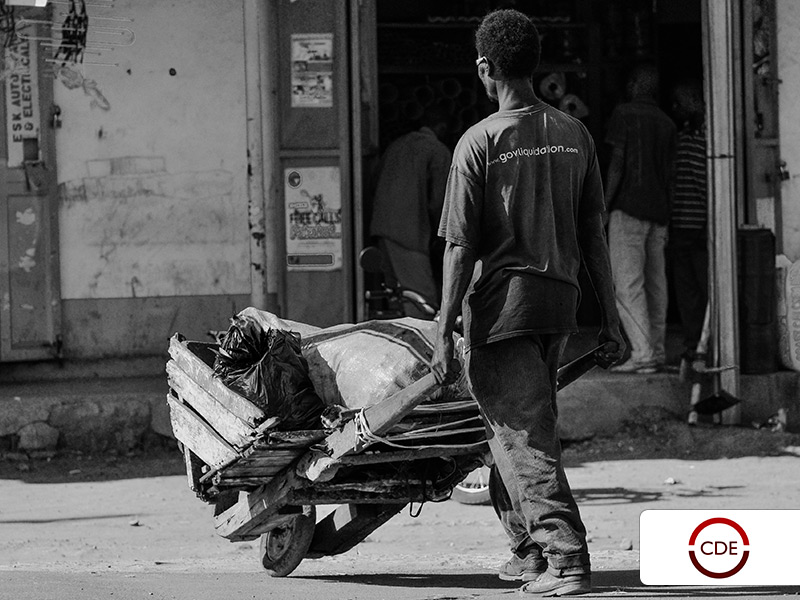 The best way to deal with poverty in a country such as South Africa is to develop its cities and encourage urbanisation, the CDE report on Johannesburg and its future states.

‘It is tempting to try to deal with poverty and the huge gaps in wealth and opportunities by spreading resources across the country,’ says CDE’s executive director, Ann Bernstein. ‘However, international experience shows a clear link between increased urbanisation and economic growth.’

Cities are therefore South Africa’s most important arenas for modernisation and opportunity, and must be given the leadership, resources, and support they need to be successful.

Says the report: ‘This doesn’t mean that rural development should be neglected. What it does mean is that the primacy of urban development for all South Africans’ well-being – urban and rural – needs to be understood, acted upon, and communicated.’
Moreover, the report argues that, because Johannesburg is South Africa’s only potential world city – and thus a key facilitator of participation in the global economy – the city should move ‘considerably higher up the scale of national priorities’.

Similarly, the report says, it is tempting for Johannesburg to become exclusively preoccupied with delivering services to the poor, or rectifying the social exclusion of certain groups.

‘Instead, we propose a different approach, says Bernstein. ‘This involves saying that we are fully cognisant of the heavy burden apartheid and discrimination have imposed on the city. However, unless we focus on the right issues, this legacy can only get worse. The key issue is how to turn the current situation around for all the citizens of the city.’

First, says the report, without sustained growth in Johannesburg, the poor will get poorer, and opportunities of urban living will decline for everyone. It is only by developing strategies for becoming more competitive in the global economy that South African cities such as Johannesburg will procure the means for coping with the urban challenge.

Second, it is not helpful to talk of ‘solving’ urban social and poverty problems. The size of most cities, the speed with which their populations are growing, and the enormous needs of those populations require a different approach. The only one that will work is to create an environment in which people can help themselves – through education, ‘sweat equity’ in building personal or communal resources, and self-employment.

‘The key to dealing with poverty in a developing country,’ the report states, ‘is to create cities of growth, security, good education, and expanding opportunities that are open to everyone: black and white, new arrivals and long-time residents.’

Third, it points out that poor economic infrastructure adversely affects small as well as large businesses. In fact, smaller firms are worst affected because they have to spend a greater proportion of their total investment on supplementing inadequate infrastructure, says Bernstein.

Therefore, a situation of declining public infrastructure has ‘serious distributive implications besides limiting the growth of firms’.
Fourth, the CDE report argues it is a ‘myth’ to claim — as some politicians and trade unionists do — that economic growth, and particularly growth led by global technology, can only be bought at the expense of the unemployed or the working class. This conflicts with not only the private sector’s reading of the facts, but also modern socialist perceptions.

Manuel Castells, the leading socialist urban scholar of the late 20th century, and current adviser to the governments of Brazil and Spain, has observed that new technologies are ‘not the inducers of unemployment. If anything, firms which do not use advanced technology are less able to generate employment than those who are better equipped.’

The report also points out that cities with rapidly growing economies provide jobs for unskilled and previously unemployed people.