Export processing zone could be big boost for bay economy 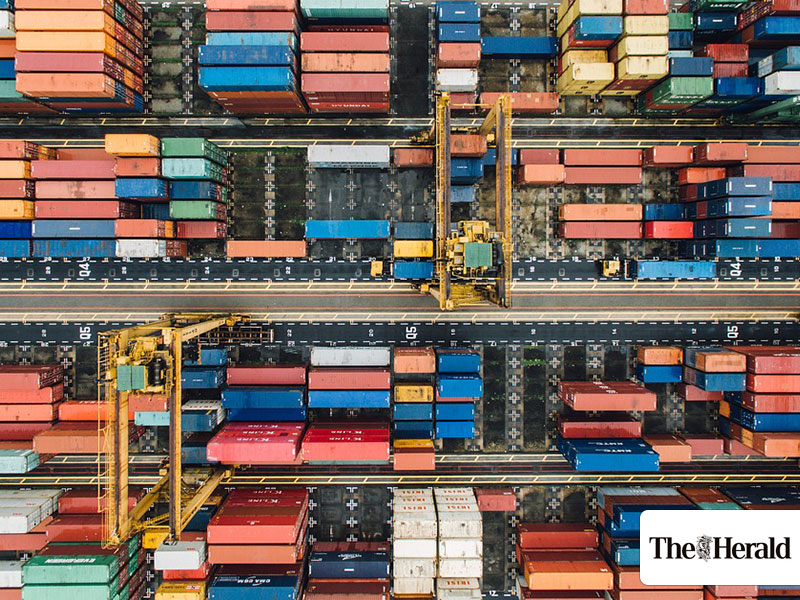 LESS than 35% of working age adults in the Eastern Cape are employed.

Of those who do work, only 60% have jobs that are both formal and not in agriculture. Like the rest of the country, the region is currently losing jobs. More than 3% of jobs in the province were lost in the first quarter of this year.

Bleak as these numbers are, it’s important to recognise that there are opportunities the country, and the Eastern Cape, could grasp. Chief among these are rapidly rising wages in China, which means that there is a window of opportunity to attract some of the tens of millions of jobs leaving there for other shores.
The most obvious way to do this is by establishing an export processing zone (EPZ) designed to attract firms that create lots of jobs for unskilled workers. The ideal place to do so is in Nelson Mandela Bay metro.

The kind of firms such an EPZ would target would be engaged in export-directed activities (mostly manufacturing — clothing, footwear and toys). They would, therefore, need to enjoy duty-free imports, and benefit from rapid customs and export clearance.

Their most important requirement would be for a more flexible set of rules governing employment, since it is our labour market regime that helps price South African firms out of these markets. Subject only to national minimum standards governing health and safety, working conditions and plant safety, firms locating in the EPZ need to be free to negotiate employment conditions and wages with workers.

This would make it possible for them to engage in activities that absorb many unskilled workers by ensuring that the costs of employment were appropriate for the markets in which these firms competed.

In return for these exemptions, EPZ firms would be subject to two conditions to prevent unfair competition with other firms in the country. First, they would have to export everything they produced.

Second, they would have to be new investments. Firms would not be allowed to relocate factories from elsewhere to the EPZ.

At what level might wages settle if firms could negotiate with workers freely?

One indication comes from the Expanded Public Works Programme which currently offers a wage just under R80 a day and attracts more workers than it can accommodate.

If EPZ firms could attract labour for wages at around this level — the equivalent of about $120 per month — the zone might be able to attract a large number of firms. By way of comparison, Cambodia, where the monthly minimum wage is $140 (R2 184), has attracted very large numbers of factories, particularly in clothing.

Cambodian workers are less educated and more recently urbanised than many workers in Nelson Mandela Bay. This means that firms in an EPZ would be very competitive, especially if you factor in the other advantages Nelson Mandela Bay offers investors. These include access to two ports and, critically, an existing business community sophisticated enough to take advantage of this opportunity.

Costs will be incurred in establishing the zone and developing some infrastructure. However, these costs would be small given the underutilised capacity that has been created around Coega.

This, of course, raises a key question — why would this EPZ succeed when Coega has failed?

The key problem with the original plan for Coega is clear in retrospect — there is very little that it offers investors that is not available to them in other locations. The infrastructure is good, but not that much better than elsewhere, access to the port is good, but it’s not as if such facilities are unavailable elsewhere.

Besides, planning for Coega was premised on attracting large, capital-intensive anchor tenants, the presence of which (even if they had arrived) would have created very few jobs.

This proposal, by contrast, offers potential investors a very clear value proposition — if you locate labour-intensive, export-directed activities in the EPZ, the labour market regime in the EPZ will allow you to overcome one of the binding constraints firms in your industry face in South Africa.

Proposing a more flexible labour market regime, especially if this is intended to facilitate employment at low wages, is controversial in South Africa. People argue that low wages are the equivalent of slavery.

In our view, low wages are better than no wages and taking these jobs will be a voluntary choice. We cannot understand what justification there could be for allowing the government through the EPWP to employ people at R80 a day, but prohibiting private firms from doing so, especially when factory employment offers more training and individual prospects.

Nor is there any reason to think that if wages in the EPZ started off low, they would remain at that level forever. In China’s special economic zones, the average annual increase has been 15% in recent years.

Nelson Mandela Bay is an ideal location for a globally competitive EPZ, one that has the potential to arrest some of the industrial decline that besets the region. This is not a panacea for the Eastern Cape’s broader unemployment crisis, much less the country’s.

To make significant progress on that, we need a wide range of reforms to encourage a more job-rich national economy.

This is the only way of addressing South Africa’s national crisis of mass unemployment.

An EPZ established in the Eastern Cape aimed at attracting labour-intensive firms provides the government with an opportunity to try something new — at little cost and potentially very significant gain. Who knows how big it could become.