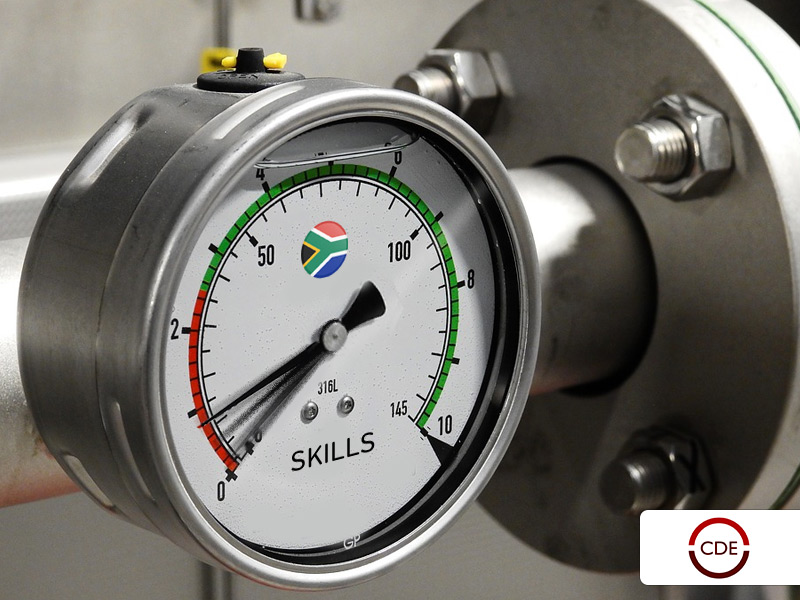 Says CDE director Ann Bernstein: “In order to confront the full reality of our skills crisis we have to face the fact that South African education and training is in deep trouble. Fixing this will take a generation. But the question no one wants to deal with in the current discussion on the skills shortage is: What do we do in the meantime?”

Bernstein points out that the findings of this survey provide immediate options for addressing the skills crisis.

“While we are grappling with fixing our struggling education and training system” Bernstein argues, “Immediate responses available are the speedy restoration of the apprentice system, opening up of immigration and a government re-think on the pressures for employment equity.”

The survey results are documented in a CDE Report titled The South African Skills Crisis: A Report from the Corporate Coalface which is based on a survey of 40 South African companies, conducted and analysed by Professor Lawrence Schlemmer and colleagues.

The survey included a cross section of forty businesses recruiting skilled labour in Gauteng. Only CEOs or other senior company representatives were interviewed.
Nearly half (19) of the businesses surveyed were in manufacturing with the remainder spread across mining, retail and services.
One quarter (10) had fewer than 100 employees; three had over 10,000 employees, with the rest spread fairly evenly in size between these extremes.
The responses of these businesses made it clear that the South African economy is becoming more skills intensive. The companies were asked what percentage of their staff fell into the category of ‘scarce skills’. Two thirds responded that more than half of their staff could be described in this way.

The survey’s findings also revealed that formal technical qualifications are not the only skills in short supply. For the majority of businesses in the sample the greatest shortfall is in experience and breadth of judgment, as well as people and social skills.

The shortages felt by business are occurring in an increasingly competitive global skills market, where pressures are exacerbated by emigration, ageing and promotion of skilled staff. Moreover, government’s insistence on ambitious transformation goals is constricting the skills market further, driving competition for skilled black staff in a situation where whites – the largest available pool of skilled people – are no longer freely employable.

Difficulties reported in recruiting skilled black staff, included problems of poaching, along with the salary premium required to retain skilled black personnel. These reported problems suggest that the skills shortage is being driven, in part, by the unintended consequences of empowerment policies.

The most significant finding of the report was that the skills shortage was primarily driven by the failure of the public education system at all levels to deliver quality – consistently and in enough quantity.

Business in South Africa recognises that it has a role to play in developing skills. Skills shortages are, however, costly and difficult to remedy when the educational system does not provide a good platform for skills development as is the case in South Africa today.

Most companies surveyed found Sector Education and Training Authorities (SETAs) cumbersome to deal with, SETA assessors poorly trained, SETA training too theoretical, or not relevant to their training needs. The old five-year apprenticeship system was seen as more effective in producing the levels of workmanship required in modern business.

While views on tertiary education were mixed, businesses had little or nothing good to say about the South African schooling system. Indictments included: a decline in the quality of school leavers’ competence in science, maths and language; failure to cultivate a work ethic; little capacity for school leavers to be trained; low and declining standards; no discipline; and the absence of a culture of learning in South African schools.

In short, despite pockets of high performance, the responses built a picture of a South African education system that did not provide for future skills needs; was not building capacity; had poor teaching standards, and suffered from a shortage of competent teachers.

Bernstein concludes that: “Unless there is strong leadership to recruit, retain and utilize all the skills available to us in the domestic as well as the global markets, the private sector will struggle to expand capacity and the South African economy will be held back.”