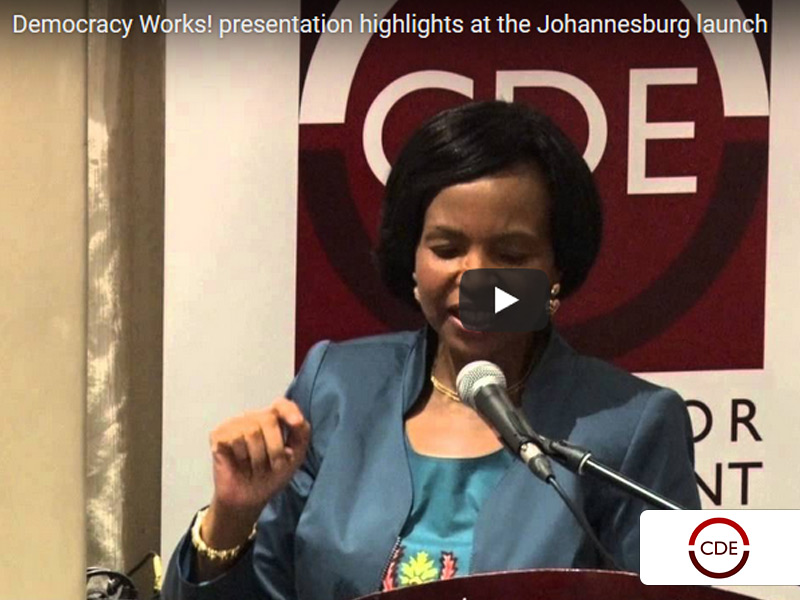 The Democratic Alternative from the South: India, Brazil and South Africa was officially launched in South Africa on 11 September 2014 in Johannesburg. A panel discussion in response to Ann Bernstein’s presentation was held and chaired by Andile Sangqu, a member of CDE’s board, and sustainability and group risk executive at Impala Platinum. CDE secured the participation of Maite Nkoana-Mashabane, South Africa’s minister of international relations, who appeared as a panellist and delivered a lengthy presentation in response to the report.

The other panellist was Justice Malala, an analyst and well-known columnist for The Times of Johannesburg and the Financial Mail, a well-respected business magazine. There was much robust discussion around the document which was praised as ‘ground-breaking’ by Minister Nkoana-Mashabane.