Democracy is the only way 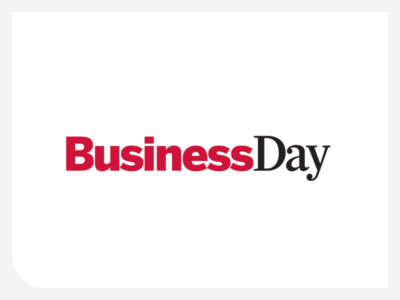 Should the future of the developing world be dominated by authoritarian governments? Are autocracies the best means of producing economic growth and inclusion? One often cited statistic is that India’s GDP almost doubled between 1980 and 2007, but China’s increased seven-fold. This and other examples appear to suggest that initial periods of industrialisation are more effectively directed by autocracies than within democracy. But after two years of research with experts in India, Brazil and SA, the Centre for Development & Enterprise released a report refuting this view.

The experiences of these three countries demonstrate that it is not necessary to give up individual freedoms, rule of law, independent institutions, a free press and regular elections.

On the contrary, democratic rights and freedoms can promote sustained development, higher economic growth and effective routes out of poverty.

The argument in favour of autocracy is based partly on the idea that authoritarian governments can force society to delay reaping benefits in favour of first reaching a higher level of development. This has worked in some societies, but has failed elsewhere.

Our study found SA’s democracy has improved the quality of life for millions of people in a short 20 years. Brazilian poverty and unemployment are in single digits. In India, the size of the economy doubled between 2005 and 2012, with nearly 200m people lifted out of absolute poverty in two decades.

All three countries have flexible political systems. Many outsiders see people protesting and quickly interpret this as a threat to the stability of the regime. More often it is a way for citizens to push for reform, not revolution. In exercising their right to dissent they can renew the political system and open the way to better policy making.

This is not to ignore the challenges. All three countries need reform if they are to make further strides in overcoming poverty and underdevelopment. Macroeconomic discipline must be maintained. Microeconomic reforms must reduce the cost of doing business, open up competition and markets for new firms and workers, promote a positive approach to the role of business and stop the slide in global competitiveness. All three must strengthen competence and capacity in government.

Growth, in a developing country, must be sustained and labour intensive.

It must produce higher revenues to expand basic services, quality education and access to health for those historically excluded from the economy.

As in most other countries, corruption is a challenge. This requires greater transparency, effective democratic institutions, and more representative democracy, not less. It is hard to see how authoritarian states can compete with this.

It is not democracy that inhibits growth and inclusion of the poor in India, Brazil and SA. All three are in trouble because of bad policy choices, a failure to embrace markets and to sell the benefits of competitive capitalism to voters. It is weak institutions (riddled with political appointments) that succumb to corruption and crony capitalism. It is the failure of leadership — politicians captured by special interests rather than a new definition of the national interest.

Shift the spotlight towards the democratic developing world and it is possible to develop a more optimistic perspective on the future of democracy. There is an emerging democratic route to growth and development — if coupled with markets and if India, Brazil and SA implement essential and bold reforms.

This article is based on CDE’s “Democracy Works” project. Read more about the project here and read the reports here.