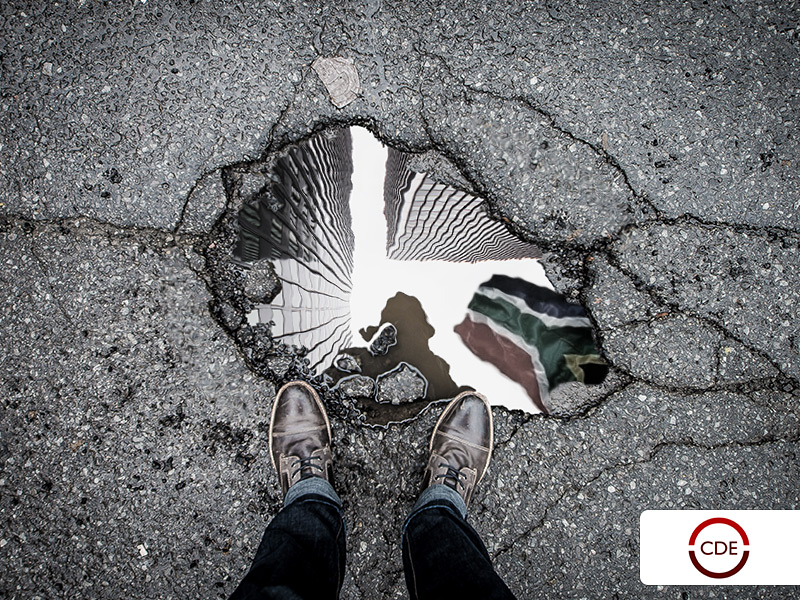 From the quality of our schooling to the competitiveness of our cities, the number of businesses we start and grow, and our attractiveness as a destination for investment, South Africa is being outstripped by its international competitors.

These were among key points made by top businessmen, government officials, economists, analysts, and residents of Soweto at a series of workshops organised by CDE earlier this year.

Held to celebrate South Africa’s decade of freedom, the workshops featured discussions on the country’s achievements during the past ten years, and the challenges facing it during the next. The edited proceedings — entitled Voices from a new democracy: South Africans reflect on ten years in a democratic country and the challenges of the next decade – were published yesterday.
Participants agreed that a great deal had been achieved during the past decade; however, much remained to be done to create a sustainable democracy and stable society. Above all, poverty and inequality have to be reduced.

Social grants were making a growing impact in this area, but were not a sustainable solution. The overwhelming challenge facing the country was to accelerate economic growth, and create more jobs.
Other points made included:

The workshops included a presentation on the Presidency’s ten-year review. Following the presentation, participants noted that there was no sense of complacency on the part of the Presidency; rather, there was a recognition that the government was faced with huge and difficult tasks, and that a major effort was needed to improve performance.

When thinking about how to improve the performance of the state, incentives should be borne in mind. As regards education, improved delivery, and social investment, more incentive-based systems, such as vouchers, could be used, rather than the state providing all those services. For example, vouchers could be provided to children to learn maths and science at private or excellent public schools.

Participants noted that there were enormous problems facing institution-building in the midst of transformation. It was very difficult to reform existing institutions or build new ones without good institutional memory. Institutions such as businesses and perhaps some universities that had held up best in terms of their ability to deliver were those where the transformation process had been well managed, and not forced.

One of the key lessons government had learnt was that institutional capacity was a major factor in the implementation of economic policy. Institution-building was a slow, expensive process, and the country should exploit successful existing institutions rather than trying to replace them, or creating additional institutions that would further stretch its limited managerial capabilities.
Participants also noted that South Africa should reinforce the economic strengths of the urban areas rather than try to compensate for the weaknesses in the rural areas, as such an attempt would probably not work.

Small businesses were crucial to stimulating economic growth and job creation. However, government programmes in this area thus far had been largely unsuccessful, and it had acted in isolation from business. This was one area in which the private sector could make a major contribution.

Current trends in black economic empowerment were a cause for concern. While South Africa also needed black billionaires, BEE had to be broadened and deepened beyond the enrichment of a few individuals.

While expenditure on education had risen significantly, this was not mirrored in the results. The education system was failing to provide school-leavers with the skills and competencies they needed to contribute to the economy.

The workshop series included an informal ‘town meeting’ in Soweto, held to establish residents’ views of the changes of the past decade, and their perceptions of future challenges. While physical conditions in the area had improved, many problems and challenges remained. Notably, residents remained alienated from new formal political institutions, which pointed to the shortcomings of proportional representation. Constituency representatives, who could be held directly accountable by voters, needed to be introduced.

Commenting on the workshops, Ann Bernstein, CDE’s executive director, said they offered a fascinating insight into leading-edge thinking on South Africa’s future, as well as seldom publicised views of people out of the limelight.

‘They provide one message of overriding importance: we have to achieve a higher rate of economic growth, and create many more jobs. To achieve this, the government must greatly improve its collaboration with the business sector, which should, in turn, be much more effective in how its participates and ‘gets heard’ in the robust environment that characterises policy influence and debate in a competitive democracy.’