CDE’s opportunities first: Jobs are the vehicle for prosperity 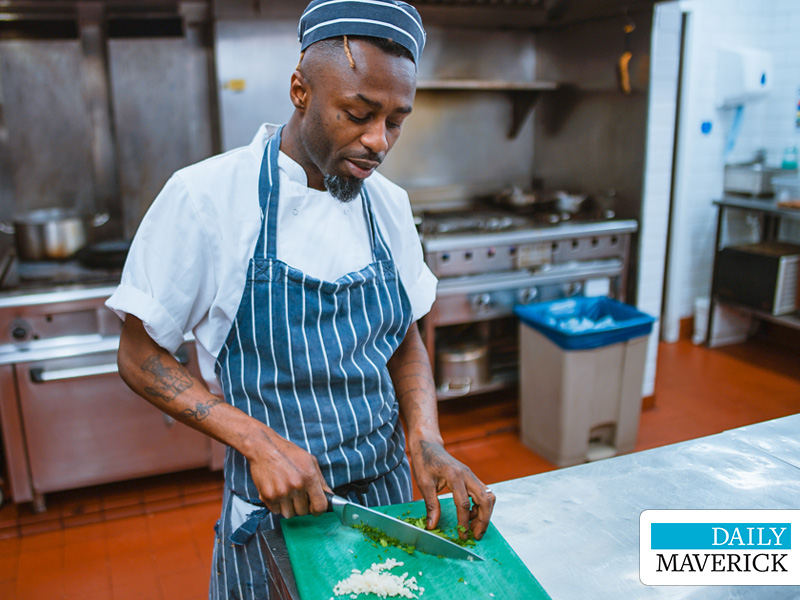 In many countries, inflexible labour regulations make it difficult for the economy to generate a rapid expansion of formal sector jobs. Workers are edged out of the labour market into unemployment by excessive regulation or forced into the informal economy, where opportunities to get ahead are very scarce. And, limiting the creation of low-skill, low-wage jobs harm poor people most: permitting low, entry-level wages are an important way to generate new opportunities, which then lead to improvements and progress towards ending poverty.

Read the previous instalments in the Centre for Development and Enterprise series here:

In any society, finding employment is the most effective route out of poverty. Jobs can transform societies. This is a point well-made by the World Bank, which noted in its 2013 World Development Report that:

“Jobs are the cornerstone of economic and social development. Indeed, development happens through jobs. People work their way out of poverty and hardship through better livelihoods. Economies grow as people get better at what they do, as they move from farms to firms, and as more productive jobs are created and less productive ones disappear. Societies flourish as jobs bring together people from different ethnic and social backgrounds, and nurture a sense of opportunity. Jobs are thus transformational – they can transform what we earn, what we do and even who we are.”

The importance of employment means that the principal goal of policy makers in developing countries like South Africa should be to ensure that everyone who wants to work has the opportunity to do so. The crucial question is how to make this happen. A critical part of the answer is that societies need to recognise reality: countries cannot afford to create jobs for the skilled workforce they wish they had; they have to create jobs for the workforce they actually have. In middle-income countries, with poor education for the majority of the population, and where the typical firm is relatively unsophisticated, that means most opportunities for employment will be relatively low-skilled and low-waged.

It would be grossly unjust if low-wage jobs were to become the endpoint of development strategy. Fortunately, this need not be the case. Some factory workers can learn new skills and move up the ladder in the firm – for example, from making T-shirts to supervising others making them, or graduating to making more complex garments. Other workers will save money and move out of low-skill factory jobs to do other things, such as establishing small firms of their own servicing the needs of the next generation of factory workers. Most importantly, firms acquire new capabilities, access new markets and become more productive. As they do so, they move up the value chain, creating new opportunities for themselves and their workers. And, because factory workers will have resources and opportunities to educate their children (especially the girls) for longer, the next generation of workers will enter an economy that offers more opportunities than the one their parents faced, and with the ability to take advantage of them.

Getting this process right can reap rich rewards, as we have seen in many societies in Asia and elsewhere, so policy-makers should focus on ensuring that nothing prevents the movement of firms up the value chain. This will require that the legal, logistical, and education and training institutions required to facilitate this movement are built. This does not happen overnight and patience is essential, as are the right relationships between firms and the state.

Creating high-skill, high-wage opportunities does not help those who do not have the necessary skills. And, imposing a mandatory range of high minimum standards on employment conditions can deprive poor countries of the opportunity to use their abundant labour as a comparative advantage. Such standards incentivise employers to mechanise and even to avoid investing in the sectors that could create low-skill, low-wage job opportunities.

When large numbers of school-leavers are semi-literate and semi-numerate at best, and when there is a shortage of skilled teachers, lecturers and trainers, then the hope that a country can adopt a high-skill, high-wage employment strategy is a mirage. As Trevor Manuel pointed out in response to the insistence on “decent” jobs as a prerequisite for employment, “the more adjectives you put in front of the word jobs, the fewer jobs you will get”. The truth is that the alternative to low-paying jobs isn’t high-paying jobs, it’s no jobs at all. Ernesto Zedillo, former president of Mexico, put it clearly: As people move from agricultural and informal jobs to low-paying manufacturing jobs, they find that “these jobs are a step towards better opportunities. It is progress that matters the most when considering the standards of a given country”.

In many countries, inflexible labour regulations make it difficult for the economy to generate a rapid expansion of formal sector jobs. Workers are edged out of the labour market into unemployment by excessive regulation or forced into the informal economy, where opportunities to get ahead are very scarce. And, limiting the creation of low-skill, low-wage jobs harm poor people most: permitting low, entry-level wages is an important way to generate new opportunities, which then lead to improvements and progress towards ending poverty. As Nobel laureate, Paul Krugman, has written: “In a substantial number of industries, low wages allowed developing countries to break into world markets… (and) wherever the new export industries have grown, there has been measurable improvement in ordinary people’s lives.”

By ensuring that the available jobs are subject to basic health and safety standards, and that they are not dead-end informal or “make-work” public sector jobs, a more labour-intensive approach to economic growth will immediately contribute to rising productivity and skill levels. Employed people learn on-the-job skills and earn the steady wages that will allow them to invest more substantially in their children’s education.

Young people are normally worst affected when economies fail to generate a significant number of entry level jobs in the formal sector. In South Africa, enormous numbers of young people are unable to find work and the numbers not in employment, education or training (NEETS) are a staggering – 7.5-million (nearly 40%) of the 20-million people aged 15-34. There are large numbers of NEETs in other developing countries too, with the proportion of NEETs in Mexico and Indonesia being above 25%.

The failure to create opportunities for young people has devastating effects. When young people do not find employment, it affects the course of their entire lives, reducing their lifetime earnings, inhibiting their capacity to marry and start their own families. This failure weakens the “demographic dividend” that societies with large numbers of young workers can reap, and could turn a youthful population into a source of political instability.

Expanding women’s access to formal employment, especially those who are trying to break into the market for the first time, is another strong reason to reduce barriers to employment. The most pervasive form of human rights violation across the world continues to be discrimination against women. Despite improvements, women in many countries face numerous barriers preventing them from entering the job market. In 2013, some 72% of adult men across the globe were employed, while the corresponding number for women was 47%.

In environments where growth and inclusion are vital to combat poverty and inequality, the last thing that governments should do is erect additional barriers that create disincentives for employers to hire inexperienced job-seekers.

Countries seeking to expand the opportunities of the poor need, first and foremost, to pursue the fastest possible rate of economic growth. That means building the institutions, and adopting the policies, that help firms to thrive and force them to innovate. At the same time, countries like South Africa with one of the world’s highest unemployment rates, need to ensure that the economy is as labour-intensive as possible.

Critics who label internationally competitive low-skill employment as a ‘race-to-the-bottom’ are wrong. They assume that low wages are forever. This ignores employment effects at individual and industry levels. Individuals can take advantage of opportunities for mobility through employment experience and training. At industry level, the effects of employment growth and a tightening labour market raise wages. In China, the average annual increase has been about 15% in recent years.

Rising wages in China opens opportunities elsewhere. Firms in other countries become that much more competitive, with some estimates suggesting that 85 million jobs currently located in China will relocate to other countries. This has already had significant effects on the global distribution of employment: Ethiopia, for example, is quickly becoming Africa’s largest clothing exporter, with companies like H&M and Primark sourcing apparel there. As a result, it is one of the fastest growing economies in the world (from a very low base), with average annual growth of close to 10% since 2005.

No-one thinks that “sweat shop” jobs ought to be the high point of developing countries’ ambitions. These jobs are low-skilled, low-waged and are sometimes offered in unsafe and unhygienic conditions. However, apart from finding oil, labour-intensive export-oriented activities – especially in manufacturing – are the one tried-and-true method for developing countries to escape poverty. They are the vehicle for prosperity, and the principal source of opportunities for hundreds of millions of people. The only real question is whether policy-makers will embrace this fact or ignore it.