CDE’s opportunities first: Create an enabling environment for all entrepreneurs 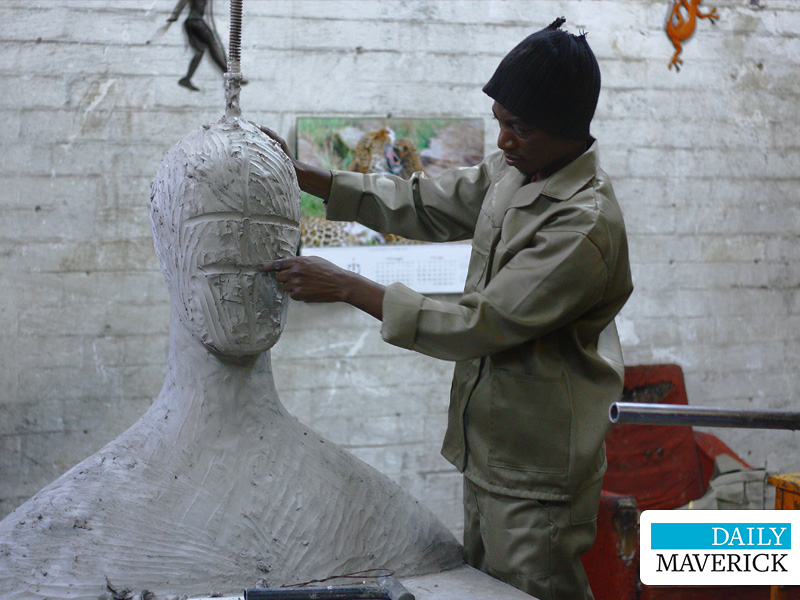 Expanding opportunities for the poor in South Africa depends on implementing economic reforms. This is unlikely to happen without a shift in attitudes towards business and markets. How can such a shift be achieved in circumstances in which anti-market forces have captured the centre of public discourse? Real economic change will lift millions out of poverty.

Read previous installments in the Centre for Development and Enterprise series here:

South Africa today manages to combine an anti-business attitude with crony capitalism. This is a terrible recipe for development.

The country needs to expand dramatically its set of opportunities available to the poor. To do this it needs to achieve many things, chief among them being the strengthening of markets and the expansion of entrepreneurship. Fiscal realities constrain the public sector’s ability to create jobs, and, since firms are far better at generating jobs and entrepreneurial opportunities than the public sector, this is where opportunity-expansion will have to come from. There is no substitute for the creative and efficient economic energies that private businesses, operating in appropriate regulatory environments and subject to competitive pressures, can deliver. One consequence of this is that government cannot support rapid job creation and be anti-business.

Existing firms can grow and create more jobs, but our economy will not deliver the new opportunities required to make a significant dent in poverty unless we see the emergence of many new firms. Most of these will be black-owned. CDE agrees with those who have criticised the Department of Trade and Industry’s plan to “create 100 black industrialists” as, in some ways, insufficiently ambitious. However, the idea of a government department’s driving the “creation” of entrepreneurs is the bigger problem. Rather, government as a whole needs to become more pro-business and create a much better enabling environment for all entrepreneurs. Over time, this would lead to real economic change, the emergence of thousands of new black-owned firms, and the creation of opportunities that will lift millions out of poverty.

Expanding opportunities for the poor in South Africa depends, therefore, on implementing economic reforms. This is unlikely to happen without a shift in attitudes towards business and markets. How can such a shift be achieved in circumstances in which anti-market forces have captured the centre of public discourse?

This is a particularly difficult question because advocates of reform know that the benefits of the changes they advocate are likely to take some time to materialise, especially in highly unequal middle income countries like ours, in which past injustices are still vivid in people’s memories and their consequences live on today. It is, in some ways, understandable that there are powerful pressures for an approach to poverty reduction that is driven by redistribution. The problem is that such an approach is frequently implicitly or explicitly anti-business. How does one communicate the need for a different set of reforms to sceptical, if not hostile, audiences?

In a post financial crisis world, it is a huge challenge to shift the conversation towards a consensus on market-led economic policy. Political developments across the world show that large constituencies feel disenfranchised and angry about inequality. If an opportunities-first approach is to gain traction, serious consideration needs to be paid to the ‘marketing’ and communication of this anti-poverty strategy. Central to that effort will be the way business promotes itself as a national resource for all citizens.

The first step in tackling anti-business perceptions is to clearly articulate what business actually does and ensure that its centrality to national development is understood. Too often, at both national and local levels, “business” is regarded as nothing more than an interest group whose only goal is to make profits for its members. When policy-makers, civic leaders and, in many cases, businesspeople then speak about the role of business in creating opportunities, it is often framed as companies having to contribute more to activities beyond the “factory gate”. Contributions to these activities can be valuable, but business also needs to communicate far more effectively the role that companies play in improving people’s lives – workers, customers, sub-contractors – in the ordinary course of their activities. “Just doing business” has an enormous impact on a society and its citizens, producing the goods and services that consumers want, employing people in their production, driving innovation and contributing significantly to the taxes used to provide public goods. Business needs to become much more effective in communicating the good that it does as business. The non-business activities, are secondary to the more fundamental role that business can play in expanding opportunities and contributing to inclusive growth.

A competitive economy with low barriers to entry ensures that only efficient, productive firms thrive. Competition also ensures that there is space for new firms and new entrepreneurs. If the road to expanding opportunities for the poor is job-rich growth, an essential part of the approach is to ensure that everyone has an opportunity to start firms and succeed, not just those connected to political elites or the corporate establishment.

The other important message to convey effectively is that being pro-business, does not mean being anti-state. Rapid, enterprise-led growth requires a state that is competent, operates in the national interest and which understands markets. The aim of reforms is not to prioritise states over markets or markets over states. We should forget about American debates over big versus small government. Those debates are irrelevant for the developing world today and lead to development policy-making through the rear view mirror. What matters is whether states are capable and professional, and that they use their resources to support competitive markets and provide the consistent, law-based regulatory environment in which firms can thrive.

Appointments to government positions must be made on the basis of merit and public service values. Technical ability alone is not enough – policy-makers need to appreciate the ability of firms and markets to drive growth and that it is the role of government to provide a supportive environment. The state has a profound interest in protecting markets and business in the face of populist demands for excessive redistribution or the expropriation of assets.

The rule of law is essential for establishing a framework for an equitable society, and for nourishing growth. Above all, it requires an independent judiciary as well as independent prosecutors, police and the legal profession.

A positive, opportunity-expanding relationship between the state and business can only emerge if nepotism and corrupt relations between the two are reduced as far as possible. This requires rules which are enforced to prevent and oppose crony capitalism in all its forms. It is also up to businesses to subject themselves to the disciplining effects of local and global markets, and to refrain from using their influence to push for protectionist policies. The role of business organisations in leading, and then “naming and shaming” in this arena is important.

Making the case for reforms that will allow businesses to create the growth and jobs on which expanding opportunities for the poor will depend is crucial for South Africa’s future. Business leaders and business organisations should have clearly developed positions and strategies in this regard, and they should support advocacy and media campaigns that aim to change the conversation about what is required for successful reform. To ensure that perceptions about business within society and especially within government change, leading businesses should get involved in the kinds of programmes that shift public perceptions and generate policy reforms that permit faster growth. Obviously, this is in their own interests, but it is also in the interests of those who need jobs.

It is in the interest of companies across the developing world to pay more attention to the political and social contexts within which they operate. Many have tended to focus on what they consider to be their core business functions and regard social and political issues as peripheral. As a result, these are generally dealt with on a reactive, ad hoc basis, and businesses try to solve them behind the scenes or by hiring public relations firms or lobbyists. Investment in community projects can help companies build relationships and gain deeper understanding of the intricacies of a local situation, but the impact of these initiatives should not be exaggerated.

While there are important and recent exceptions, businesses’ neglect of the public arena in this country has been a big mistake. Public debate influences how government, the ANC, an emerging middle class and other groups perceive business. Silence allows anti-market voices to dominate public discussion and fails to provide support to pro-market voices within government, the alliance and elsewhere. Business has a vital interest in HOW countries like SA deal with poverty, unemployment and inequality. They should develop and then put forward their views, effectively and often, in public and in private.

South Africa does not have enough firms to create the jobs we need to raise people out of poverty. To change that will require bold reforms to raise the levels of entrepreneurship, build a better, more market-supporting state, and dramatically improve the fraught relationship between government and business. Existing companies can contribute to this by defining and communicating their contribution to national development as effectively and as widely as possible. Businesses and their advocates must focus attention on the fact that expanding opportunities for the poor depends fundamentally on removing the barriers and undertaking essential reforms that will allow firms to grow, to multiply and to hire many more people.