CDE Statement on dismissal of Minister of Finance 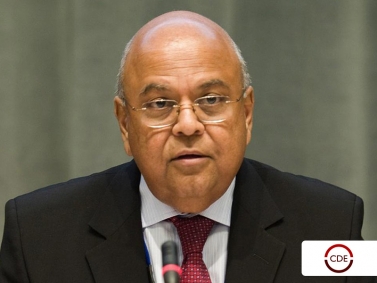 CDE strongly condemns the firing of the Minister and Deputy Minister of Finance. This is clearly an assault on the National Treasury with the goal of making possible further looting of public resources. This action and the manner in which it was done threatens to inflict enormous damage on South Africa’s economy and governance. In the absence of an effective response, economic growth and job creation are likely to collapse.

CDE stands with all those individuals and organisations who oppose this attack on the National Treasury. At this time of national peril CDE would urge all citizens to