CDE Conversations | Arvind Panagariya on Growth and Inclusion in India 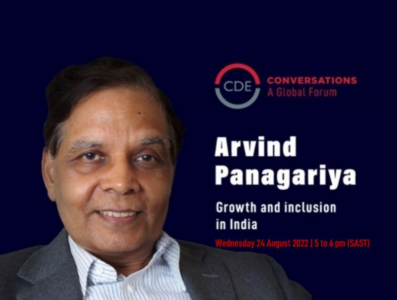 Professor Arvind Panagariya is an economist and Professor of Indian Political Economy at Columbia University, New York. From 2015 to 2017 he served as the first vice chairman of the NITI Aayog, a policy think tank created by the government of India and chaired by the Indian Prime Minister Narendra Modi. See his bio here.

Professor Panagariya was in conversation with Ann Bernstein, CDE’s executive director. The conversation focused on growth and inclusion in India.