CDE Conversations | Andrés Velasco on Growth, democracy and the fight against poverty 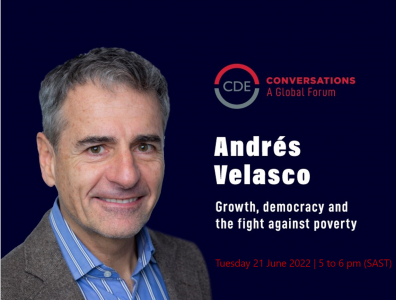 Andrés Velasco is Dean of the School of Public Policy at the London School of Economics and Political Science, where he is also Professor of Public Policy. He was previously Professor of Professional Practice in International Development at Columbia University and Professor of International Finance and Development at the Harvard Kennedy School. He ran for the Presidency of Chile in June 2013, having served as minister of finance between 2006 and 2010. See his bio here.

Professor Velasco was in conversation with Ann Bernstein, CDE’s executive director. The conversation focused on growth, democracy and the fight against poverty, with emphasis on what we can learn from Latin America.