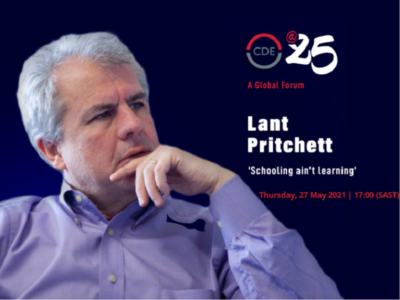 Lant was in conversation with Ann Bernstein, CDE’s executive director. The conversation focused on Schooling ain’t learning, the current crisis facing countries where millions of children spend years in school without learning much at all. Lant has also done pioneering work on the World Bank “Doing Business” indicators and which were also part of the discussion.