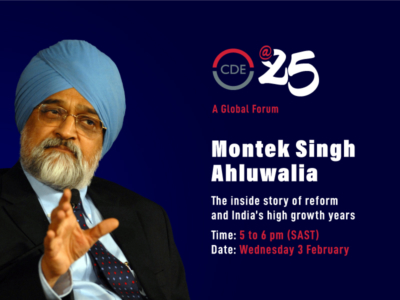 JOIN US as we convene a series of global conversations over the next year on democracy, business, markets and development.

CDE would like to open up this lecture series widely. Please share this invitation with your networks.

You need a Zoom account to register, and you can sign up (at no cost) on zoom.us. After registering, you will receive a confirmation email containing information about joining the webinar. For further information, please contact events@cde.org.za.