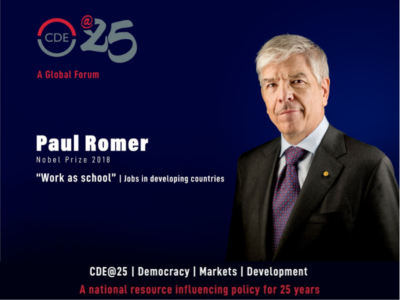 CDE convenes a series of global conversations over the next year on democracy, business, markets and development.

Paul Romer, New York University professor and former chief economist of the World Bank is our first speaker. He received the Nobel Prize for his work on the drivers of economic growth. In recent years he has focused on the challenge of jobs in developing countries.